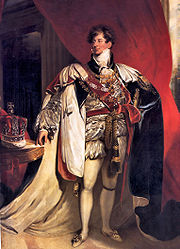 The Royal Medal, also known as The Queen's Medal, is a silver-gilt
Silver-gilt
Silver-gilt or gilded/gilt silver, sometimes known in American English by the French term vermeil, is silver gilded with gold. Most large objects made in goldsmithing that appear to be gold are actually silver-gilt; for example most sporting trophies, medals , and many crown jewels...
medal awarded each year by the Royal Society
Royal Society
The Royal Society of London for Improving Natural Knowledge, known simply as the Royal Society, is a learned society for science, and is possibly the oldest such society in existence. Founded in November 1660, it was granted a Royal Charter by King Charles II as the "Royal Society of London"...
, two for "the most important contributions to the advancement of natural knowledge" and one for "distinguished contributions in the applied sciences" made within the Commonwealth of Nations
Commonwealth of Nations
The Commonwealth of Nations, normally referred to as the Commonwealth and formerly known as the British Commonwealth, is an intergovernmental organisation of fifty-four independent member states...
. The award was created by George IV
George IV of the United Kingdom
George IV was the King of the United Kingdom of Great Britain and Ireland and also of Hanover from the death of his father, George III, on 29 January 1820 until his own death ten years later...
and first awarded in 1826. Initially there were two medals awarded, both for the most important discovery within the last year, a time period which was lengthened to five years and then shortened to three. The format was supported by William IV
William IV of the United Kingdom
William IV was King of the United Kingdom of Great Britain and Ireland and of Hanover from 26 June 1830 until his death...
and Victoria
Victoria of the United Kingdom
Victoria was the monarch of the United Kingdom of Great Britain and Ireland from 20 June 1837 until her death. From 1 May 1876, she used the additional title of Empress of India....
, who had the conditions changed in 1837 so that mathematics
Mathematics
Mathematics is the study of quantity, space, structure, and change. Mathematicians seek out patterns and formulate new conjectures. Mathematicians resolve the truth or falsity of conjectures by mathematical proofs, which are arguments sufficient to convince other mathematicians of their validity...
was a subject for which a Royal Medal could be awarded, albeit only every third year. The conditions were changed again in 1850 so that:


... the Royal Medals in each year should be awarded for the two most important contributions to the advancement of Natural Knowledge, published originally in Her Majesty's dominions within a period of not more than ten years and not less than one year of the date of the award, subject, of course, to Her Majesty's approval. ... in the award of the Royal Medals, one should be given in each of the two great divisions of Natural Knowledge.

In 1965, the system was changed to its current format, in which three Medals are awarded annually by the Monarch on the recommendation of the Royal Society Council. Because of its dual nature (covering both physical and biological science) the award winners are chosen by both the A- and B-side Award Committees. Since its establishment in 1826 the medal has been awarded 405 times.