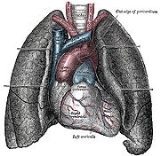 Overview
Anatomy is a branch of biology
Biology
Biology is a natural science concerned with the study of life and living organisms, including their structure, function, growth, origin, evolution, distribution, and taxonomy. Biology is a vast subject containing many subdivisions, topics, and disciplines...
and medicine
Medicine
Medicine is the science and art of healing. It encompasses a variety of health care practices evolved to maintain and restore health by the prevention and treatment of illness....
that is the consideration of the structure of living things
Body plan
A body plan is the blueprint for the way the body of an organism is laid out. An organism's symmetry, its number of body segments and number of limbs are all aspects of its body plan...
. It is a general term that includes human anatomy
Human anatomy
Human anatomy is primarily the scientific study of the morphology of the human body. Anatomy is subdivided into gross anatomy and microscopic anatomy. Gross anatomy is the study of anatomical structures that can be seen by the naked eye...
, animal anatomy (zootomy), and plant anatomy
Plant anatomy
Plant anatomy or phytotomy is the general term for the study of the internal structure of plants. While originally it included plant morphology, which is the description of the physical form and external structure of plants, since the mid-20th century the investigations of plant anatomy are...
(phytotomy). In some of its facets anatomy is closely related to embryology
Embryology
Embryology is a science which is about the development of an embryo from the fertilization of the ovum to the fetus stage...
, comparative anatomy
Comparative anatomy
Comparative anatomy is the study of similarities and differences in the anatomy of organisms. It is closely related to evolutionary biology and phylogeny .-Description:...
and comparative embryology
Phylogenetics
In biology, phylogenetics is the study of evolutionary relatedness among groups of organisms , which is discovered through molecular sequencing data and morphological data matrices...
, through common roots in evolution
Evolution
Evolution is any change across successive generations in the heritable characteristics of biological populations. Evolutionary processes give rise to diversity at every level of biological organisation, including species, individual organisms and molecules such as DNA and proteins.Life on Earth...
.