Encyclopedia
The Pritzker Architecture Prize is awarded annually by the Hyatt
Hyatt
Hyatt Hotels Corporation , is an international operator of hotels.Hyatt Center is the headquarters for Hyatt corporation...
Foundation to honour "a living architect
Architect
An architect is a person trained in the planning, design and oversight of the construction of buildings. To practice architecture means to offer or render services in connection with the design and construction of a building, or group of buildings and the space within the site surrounding the...
whose built work demonstrates a combination of those qualities of talent, vision and commitment, which has produced consistent and significant contributions to humanity and the built environment through the art of architecture". Founded in 1979 by Jay A. Pritzker
Jay Pritzker
Jay Arthur Pritzker was an American entrepreneur and conglomerate organizer.-Biography:Pritzker was born in Chicago, Illinois, the son of Fanny and A. N. Pritzker. His brother was Robert Pritzker...
and his wife Cindy, the award is funded by the Pritzker family
Pritzker family
The Pritzker family is one of America's wealthiest families, and has been near the top of Forbes magazine's "America's Richest Families" list since the magazine began in 1982....
and is considered to be one of the world's premier architecture
Architecture
Architecture is both the process and product of planning, designing and construction. Architectural works, in the material form of buildings, are often perceived as cultural and political symbols and as works of art...
prizes; it is often referred to as the Nobel Prize
Nobel Prize
The Nobel Prizes are annual international awards bestowed by Scandinavian committees in recognition of cultural and scientific advances. The will of the Swedish chemist Alfred Nobel, the inventor of dynamite, established the prizes in 1895...
of architecture. The prize is awarded "irrespective of nationality, race, creed, or ideology"; the recipients receive US$100,000, a citation certificate, and since 1987, a bronze medallion. The Latin inscription on the reverse of the medallion—firmitas, utilitas, venustas (English
English language
English is a West Germanic language that arose in the Anglo-Saxon kingdoms of England and spread into what was to become south-east Scotland under the influence of the Anglian medieval kingdom of Northumbria...
: durability, utility, and beauty)—is inspired by Roman
Ancient Rome
Ancient Rome was a thriving civilization that grew on the Italian Peninsula as early as the 8th century BC. Located along the Mediterranean Sea and centered on the city of Rome, it expanded to one of the largest empires in the ancient world....
architect Vitruvius
Vitruvius
Marcus Vitruvius Pollio was a Roman writer, architect and engineer, active in the 1st century BC. He is best known as the author of the multi-volume work De Architectura ....
. Before 1987, a limited edition Henry Moore
Henry Moore
Henry Spencer Moore OM CH FBA was an English sculptor and artist. He was best known for his semi-abstract monumental bronze sculptures which are located around the world as public works of art....
sculpture accompanied the monetary prize.

The Executive Director of the prize, as of 2009, Martha Thorne, solicits nominations from a range of people, including past Laureates, academics, critics and others "with expertise and interest in the field of architecture". Any licensed architect can also make a personal application for the prize before 1 November every year. In 1988 Gordon Bunshaft
Gordon Bunshaft
Gordon Bunshaft was an architect educated at the Massachusetts Institute of Technology. In 1988, Gordon Bunshaft nominated himself for the Pritzker Prize and eventually won it.-Career:...
nominated himself for the award and eventually won it. The jury, each year consisting of five to nine "experts ... recognized professionals in their own fields of architecture, business, education, publishing, and culture", deliberate early the following year before announcing the winner in spring. 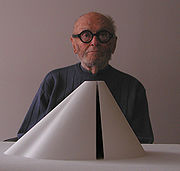 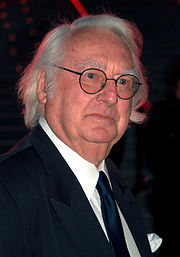 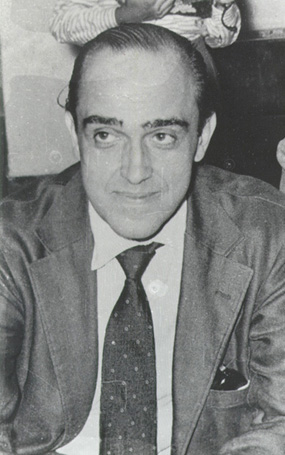 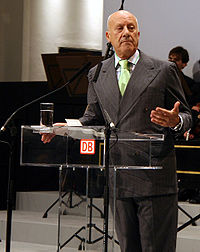 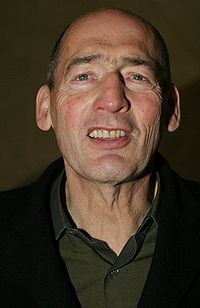 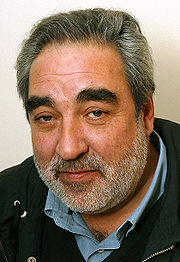