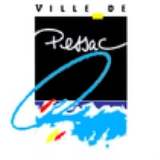 Encyclopedia
Pessac is a commune
Communes of France
The commune is the lowest level of administrative division in the French Republic. French communes are roughly equivalent to incorporated municipalities or villages in the United States or Gemeinden in Germany...
in the Gironde
Gironde
For the Revolutionary party, see Girondists.Gironde is a common name for the Gironde estuary, where the mouths of the Garonne and Dordogne rivers merge, and for a department in the Aquitaine region situated in southwest France.-History:...
department in Aquitaine
Aquitaine
Aquitaine , archaic Guyenne/Guienne , is one of the 27 regions of France, in the south-western part of metropolitan France, along the Atlantic Ocean and the Pyrenees mountain range on the border with Spain. It comprises the 5 departments of Dordogne, :Lot et Garonne, :Pyrénées-Atlantiques, Landes...
in southwestern France
France
The French Republic , The French Republic , The French Republic , (commonly known as France , is a unitary semi-presidential republic in Western Europe with several overseas territories and islands located on other continents and in the Indian, Pacific, and Atlantic oceans. Metropolitan France...
.

It is the second-largest suburb
Suburb
The word suburb mostly refers to a residential area, either existing as part of a city or as a separate residential community within commuting distance of a city . Some suburbs have a degree of administrative autonomy, and most have lower population density than inner city neighborhoods...
of the city of Bordeaux
Bordeaux
Bordeaux is a port city on the Garonne River in the Gironde department in southwestern France.The Bordeaux-Arcachon-Libourne metropolitan area, has a population of 1,010,000 and constitutes the sixth-largest urban area in France. It is the capital of the Aquitaine region, as well as the prefecture...
and is adjacent to it on the southwest. It is a member of the metropolitan Urban Community of Bordeaux
Urban Community of Bordeaux
The Urban Community of Bordeaux , also known by its French initials CUB, is the intercommunal structure gathering the city of Bordeaux and some of its suburbs....
. Pessac is also home to the Université Montesquieu Bordeaux IV, the Université Michel de Montaigne Bordeaux III, and the Institut d'études politiques de Bordeaux
Institut d'études politiques de Bordeaux
Sciences Po Bordeaux, or Institut d'études politiques de Bordeaux, is a French political science grande école situated on the university campus of Pessac, 8 km from the centre of Bordeaux and is attached to the Montesquieu University - Bordeaux IV. It was established in 1948...
.

Early in World War II (June 22 1940), the town was the scene of a quadruple configurations on the firing range of Verthamon. Four communist militants, one of which was not yet 17, Roger Rambaud, who were among the internees of the military prison in Paris in full flight, were killed in the utmost secrecy by soldiers of the Third Republic dying. This case classified "Secret Defense" for 70 years has just been revealed by the historian Jacky Tronel in the history magazine Arkheia.

Pessac is located on line B
Bordeaux Tramway Line B
The B line of the Bordeaux tramway is operated by the Tram et Bus de la CUB, and connects Station Pessac Centre in Pessac to Claveau in north Bordeaux.-Equipment:...
of the Tramway de Bordeaux
Tramway de Bordeaux
The Bordeaux tramway network consists of three lines serving the city of Bordeaux in southwestern France. The first line was opened on 21 December 2003; further extensions have increased the route length to . The system is notable for using a ground-level power supply of the Alimentation par Sol...
.