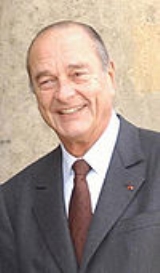 After completing his studies of the DEA
DEA (former French degree)
A Master of Advanced Studies is a non-consecutive postgraduate degree awarded predominantly in European countries. A MAS program offers comprehensive training in a specific field and can either give access to higher qualification in one's profession or lead to a new profession...
's degree at the Institut d'études politiques de Paris
Institut d'Etudes Politiques de Paris
The Institut d'études politiques de Paris , simply referred to as Sciences Po , is a public research and higher education institution in Paris, France, specialised in the social sciences. It has the status of grand établissement, which allows its admissions process to be highly selective...
, a term at Harvard University
Harvard University
Harvard University is a private Ivy League university located in Cambridge, Massachusetts, United States, established in 1636 by the Massachusetts legislature. Harvard is the oldest institution of higher learning in the United States and the first corporation chartered in the country...
and the École nationale d'administration
École nationale d'administration
The École Nationale d'Administration , one of the most prestigious of French graduate schools , was created in 1945 by Charles de Gaulle to democratise access to the senior civil service. It is now entrusted with the selection and initial training of senior French officials...
(ENA), Chirac began his career as a high-level civil servant, and soon entered politics.