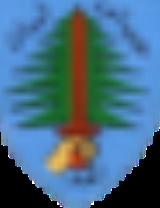 On July 25, 1993, Israel
Israel
The State of Israel is a parliamentary republic located in the Middle East, along the eastern shore of the Mediterranean Sea...
i forces launched a week-long attack against Lebanon
Lebanon
Lebanon , officially the Republic of LebanonRepublic of Lebanon is the most common term used by Lebanese government agencies. The term Lebanese Republic, a literal translation of the official Arabic and French names that is not used in today's world. Arabic is the most common language spoken among...
named Operation Accountability in Israel and the Seven-Day War in Lebanon. Israel specified three purposes to the operation, to strike directly at Hezbollah, to make it difficult for Hezbollah to use southern Lebanon
Southern Lebanon
Southern Lebanon is the geographical area of Lebanon comprising the South Governorate and the Nabatiye Governorate. These two entities were divided from the same province in the early 1990s...
as a base for striking Israel, and to displace refugee
Refugee
A refugee is a person who outside her country of origin or habitual residence because she has suffered persecution on account of race, religion, nationality, political opinion, or because she is a member of a persecuted 'social group'. Such a person may be referred to as an 'asylum seeker' until...
s in the hopes of pressuring the Lebanese government to intervene against Hezbollah. The affected civilian population included both Lebanese and Palestinian
Palestinian people
The Palestinian people, also referred to as Palestinians or Palestinian Arabs , are an Arabic-speaking people with origins in Palestine. Despite various wars and exoduses, roughly one third of the world's Palestinian population continues to reside in the area encompassing the West Bank, the Gaza...
refugees.

During the Lebanese Civil War
Lebanese Civil War
The Lebanese Civil War was a multifaceted civil war in Lebanon. The war lasted from 1975 to 1990 and resulted in an estimated 150,000 to 230,000 civilian fatalities. Another one million people were wounded, and today approximately 350,000 people remain displaced. There was also a mass exodus of...
, Hezbollah was among several militant groups formed in response to the Israeli invasion of southern Lebanon
1982 Lebanon War
The 1982 Lebanon War , , called Operation Peace for Galilee by Israel, and later known in Israel as the Lebanon War and First Lebanon War, began on 6 June 1982, when the Israel Defense Forces invaded southern Lebanon...
. Though chiefly funded by Iran
Iran
Iran , officially the Islamic Republic of Iran , is a country in Southern and Western Asia. The name "Iran" has been in use natively since the Sassanian era and came into use internationally in 1935, before which the country was known to the Western world as Persia...
, and later Syria
Syria
Syria , officially the Syrian Arab Republic , is a country in Western Asia, bordering Lebanon and the Mediterranean Sea to the West, Turkey to the north, Iraq to the east, Jordan to the south, and Israel to the southwest....
, Hezbollah was believed to be receiving refuge from Lebanon.

When the Taif Agreement
Taif Agreement
The Taif Agreement was an agreement reached to provide "the basis for the ending of the civil war and the return to political normalcy in Lebanon." Negotiated in Taif, Saudi Arabia, it was designed to end the decades-long Lebanese civil war, politically accommodate the demographic...
was created, it amended the Lebanese constitution to end the civil war, and disband all Lebanese militias. Argument then arose over whether Hezbollah's existence in Lebanon displayed a failure of the government, a blind eye, or clandestine support. Hezbollah launched a public relations campaign, political statements and a political program. As a result, the Lebanese government classified Hezbollah's military wing, the "Islamic Resistance" as a resistance movement and not as a militia. Thus, the organization was exempted from disbanding and disarming.

The Taif accord asked for an Israeli withdrawal based on UN Resolution 425 but explicitly allowed resistance against the Israeli occupation "by all means", including militarily. Hezbollah stated that it would continue to oppose Israeli occupation as a "resistance group", since they were actually protected by the agreement. Hassan Nasrallah
Hassan Nasrallah
Hasan Nasrallah, became the third Secretary General of the Lebanese political and paramilitary organization Hezbollah after Israel assassinated the previous leader, Abbas al-Musawi, in 1992. Hezbollah in its entirety is considered a terrorist organization by The United States, the Netherlands,...
, the Hezbollah secretary general, also declared that while the Taif Agreement was a cessation of the Lebanese Civil War, Hezbollah had never involved itself in that war, and only existed to fight the foreign troops stationed in the country.

The IDF force included artillery, warships, and bombers. Hezbollah is known to have used mortars and rockets. The SLA, which was cooperating with the IDF, broadcast radio warnings for civilians to leave specific villages and the region on its radio station.


Violations of the laws of war

According to Human Rights Watch
Human Rights Watch
Human Rights Watch is an international non-governmental organization that conducts research and advocacy on human rights. Its headquarters are in New York City and it has offices in Berlin, Beirut, Brussels, Chicago, Geneva, Johannesburg, London, Los Angeles, Moscow, Paris, San Francisco, Tokyo,...
and other human rights organizations, both sides in the conflict violated the laws of war
Laws of war
The law of war is a body of law concerning acceptable justifications to engage in war and the limits to acceptable wartime conduct...
by attacking civilian targets.

During the week-long operation, Israel bombarded thousands of houses and buildings resulting in 300,000 civilians being displaced from southern Lebanon towards Beirut
Beirut
Beirut is the capital and largest city of Lebanon, with a population ranging from 1 million to more than 2 million . Located on a peninsula at the midpoint of Lebanon's Mediterranean coastline, it serves as the country's largest and main seaport, and also forms the Beirut Metropolitan...
and other areas. Israeli forces also destroyed Lebanese infrastructure and civilian targets, such as major electricity stations and bridges, and failed to take adequate measures to minimise civilian casualties, and may have used weapons inappropriate for the environment.

A ceasefire
Ceasefire
A ceasefire is a temporary stoppage of a war in which each side agrees with the other to suspend aggressive actions. Ceasefires may be declared as part of a formal treaty, but they have also been called as part of an informal understanding between opposing forces...
was reached after a week, negotiated by the United States
United States
The United States of America is a federal constitutional republic comprising fifty states and a federal district...
, in a form of an oral agreement. Global Security, a US based organization that attempts to provide accurate facts without opinion, wrote: "An oral agreement was reached whereby Israel agreed to refrain from attacking civilian targets in Lebanon while the Hizballah pledged to stop firing rockets into northern Israel."

In addition to the deaths of 118 Lebanese civilians, a disputed number of Hezbollah combatants were also killed. Lebanese prime minister Rafik Hariri
Rafik Hariri
Rafic Baha El Deen Al-Hariri , was a business tycoon and the Prime Minister of Lebanon from 1992 to 1998 and again from 2000 until his resignation, 20 October 2004.He headed five cabinets during his tenure...
said that eight had been killed, while Israeli prime minister Yitzhak Rabin
Yitzhak Rabin
' was an Israeli politician, statesman and general. He was the fifth Prime Minister of Israel, serving two terms in office, 1974–77 and 1992 until his assassination in 1995....
claimed more than fifty. There were two Israeli civilians killed by Hezbollah rocket attacks. One Israeli soldier was killed, and three wounded.