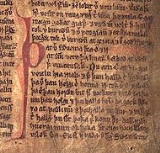 The texts are epic
Epic poetry
An epic is a lengthy narrative poem, ordinarily concerning a serious subject containing details of heroic deeds and events significant to a culture or nation. Oral poetry may qualify as an epic, and Albert Lord and Milman Parry have argued that classical epics were fundamentally an oral poetic form...
tales in prose
Prose
Prose is the most typical form of written language, applying ordinary grammatical structure and natural flow of speech rather than rhythmic structure...
, often with stanzas or whole poems in alliterative verse
Alliterative verse
In prosody, alliterative verse is a form of verse that uses alliteration as the principal structuring device to unify lines of poetry, as opposed to other devices such as rhyme. The most commonly studied traditions of alliterative verse are those found in the oldest literature of many Germanic...
embedded in the text, of heroic deeds of days long gone, "tales of worthy men," who were often Vikings, sometimes Pagan
Norse paganism
Norse paganism is the religious traditions of the Norsemen, a Germanic people living in the Nordic countries. Norse paganism is therefore a subset of Germanic paganism, which was practiced in the lands inhabited by the Germanic tribes across most of Northern and Central Europe in the Viking Age...
, sometimes Christian
Germanic Christianity
The Germanic people underwent gradual Christianization in the course of Late Antiquity and the Early Middle Ages. By the 8th century, England and the Frankish Empire were Christian, and by AD 1100 Germanic paganism had also ceased to have political influence in Scandinavia.-History:In the 4th...
. The tales are usually realistic, except legendary sagas, sagas of saints, sagas of bishops and translated or recomposed romances. They are sometimes romanticised and fantastic, but always dealing with human beings one can understand. 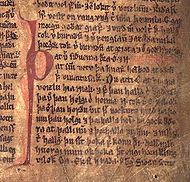 The term saga originates from the Norse saga (pl.
Plural
In linguistics, plurality or [a] plural is a concept of quantity representing a value of more-than-one. Typically applied to nouns, a plural word or marker is used to distinguish a value other than the default quantity of a noun, which is typically one...
sögur), and refers to (1) "what is said, statement" or (2) "story, tale, history". It is cognate with the English word "say", and the German
German language
German is a West Germanic language, related to and classified alongside English and Dutch. With an estimated 90 – 98 million native speakers, German is one of the world's major languages and is the most widely-spoken first language in the European Union....
sagen. Icelandic sagas are based on oral traditions and much research has focused on what is real and what is fiction within each tale. The accuracy of the sagas is often hotly disputed. Most of the manuscripts in which the sagas are preserved were taken to Denmark
Denmark
Denmark is a Scandinavian country in Northern Europe. The countries of Denmark and Greenland, as well as the Faroe Islands, constitute the Kingdom of Denmark . It is the southernmost of the Nordic countries, southwest of Sweden and south of Norway, and bordered to the south by Germany. Denmark...
and Sweden
Sweden
Sweden , officially the Kingdom of Sweden , is a Nordic country on the Scandinavian Peninsula in Northern Europe. Sweden borders with Norway and Finland and is connected to Denmark by a bridge-tunnel across the Öresund....
in the 17th century, but later returned to Iceland
Iceland
Iceland , described as the Republic of Iceland, is a Nordic and European island country in the North Atlantic Ocean, on the Mid-Atlantic Ridge. Iceland also refers to the main island of the country, which contains almost all the population and almost all the land area. The country has a population...
.

There are plenty of tales of kings
Monarch
A monarch is the person who heads a monarchy. This is a form of government in which a state or polity is ruled or controlled by an individual who typically inherits the throne by birth and occasionally rules for life or until abdication...
(e.g. Heimskringla
Heimskringla
Heimskringla is the best known of the Old Norse kings' sagas. It was written in Old Norse in Iceland by the poet and historian Snorri Sturluson ca. 1230...
), everyday people (e.g. Bandamanna saga
Bandamanna saga
Bandamanna saga is one of the sagas of Icelanders.The story starts with the relationship between Odd son of Ufeig and Uspak son of Glum; Uspak is the nephew of Grettir. Odd, with little help from his father, became rich and Uspak was known for his difficult character...
) and larger than life characters (e. g. Egils saga
Egils saga
Egils saga is an epic Icelandic saga. The oldest transcript dates back to 1240 AD. The saga is centered on the life of Egill Skallagrímsson, an Icelandic farmer, viking and skald...
). The sagas describe a part of the history of some of the Nordic countries
Nordic countries
The Nordic countries make up a region in Northern Europe and the North Atlantic which consists of Denmark, Finland, Iceland, Norway and Sweden and their associated territories, the Faroe Islands, Greenland and Åland...
(e.g. the last chapter of Hervarar saga
Hervarar saga
Hervarar saga ok Heiðreks is a legendary saga from the 13th century combining matter from several older sagas. It is a valuable saga for several different reasons beside its literary qualities. It contains traditions of wars between Goths and Huns, from the 4th century, and the last part is used as...
). The British Isles, northern France and North America are also mentioned. It was only recently (start of 20th century) that the tales of the voyages to America were authenticated.

Most sagas of Icelanders
Icelanders
Icelanders are a Scandinavian ethnic group and a nation, native to Iceland.On 17 June 1944, when an Icelandic republic was founded the Icelanders became independent from the Danish monarchy. The language spoken is Icelandic, a North Germanic language, and Lutheranism is the predominant religion...
take place in the period 930–1030, which is called söguöld (Age of the Sagas) in Icelandic history. The sagas of kings, bishops, contemporary sagas have their own time frame. Most were written down between 1190 to 1320, sometimes existing as oral traditions long before, others are pure fiction, and for some we do know the sources: the author of King Sverrir's saga had met the king and used him as a source. 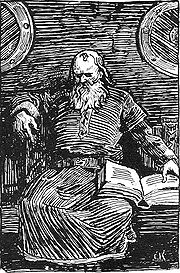 Norse sagas are generally classified as: the Kings' sagas
Kings' sagas
The kings' sagas are Norse sagas which tell of the lives of Scandinavian kings. They were composed in the 12th to 14th centuries in Iceland and Norway....
(Konungasögur), Icelanders' sagas
Icelanders' sagas
The Sagas of Icelanders —many of which are also known as family sagas—are prose histories mostly describing events that took place in Iceland in the 10th and early 11th centuries, during the so-called Saga Age. They are the best-known specimens of Icelandic literature.The Icelanders'...
(Íslendinga sögur), Short tales of Icelanders
Short tales of Icelanders
The þættir are short stories written mostly in Iceland during the 13th and 14th centuries....
(Íslendingaþættir), Contemporary sagas (Samtíðarsögur or Samtímasögur), Legendary sagas (Fornaldarsögur), Chivalric sagas
Chivalric sagas
The riddarasögur, sagas of knights or chivalric sagas are Norse sagas of the romance genre. Starting in the 13th century with translations of French chansons de geste the genre soon expanded to indigenous creations in a similar style...
(Riddarasögur) and Saga of the Greenlanders (Grœnlendingasögur). 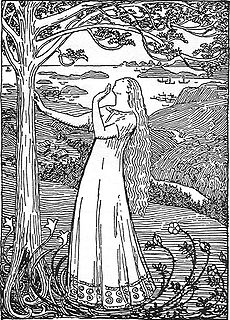 The Kings' Sagas are of the lives of Scandinavian king
Monarch
A monarch is the person who heads a monarchy. This is a form of government in which a state or polity is ruled or controlled by an individual who typically inherits the throne by birth and occasionally rules for life or until abdication...
s. They were composed in the 12th to 14th centuries. The Icelanders' sagas (Íslendinga sögur) are heroic prose narratives written in the 12th to 14th centuries of the great families of Iceland from 930 to 1030. These are the highest form of the classical Icelandic saga writing. Some well-known examples include Njáls saga, Laxdœla saga
Laxdœla saga
Laxdæla saga ; also Laxdœla saga, Laxdoela saga, Laxdaela saga, or The Saga of the People of Laxárdalr) is one of the Icelanders' sagas. Written in the 13th century, it tells of people in the Breiðafjörður area of Iceland from the late 9th century to the early 11th century...
and Grettis saga
Grettis saga
Grettis saga is one of the Icelanders' sagas. It details the life of Grettir Ásmundarson, a bellicose Icelandic outlaw.- Overview :...
. The material of the Short tales of Icelanders sagas is similar to Íslendinga sögur, in shorter form. The narratives of the Contemporary Sagas are set in 12th- and 13th-century Iceland, and were written soon after the events they describe. Most are preserved in the compilation Sturlunga saga
Sturlunga saga
Sturlunga saga is a collection of Icelandic sagas by various authors from the 12th and 13th centuries; it was assembled ca. 1300...
. The Legendary Sagas blend remote history with myth or legend. The aim is on a lively narrative and entertainment. Scandinavia's pagan past was a proud and heroic history for the Icelanders. The Chivalric Sagas are translations of Latin pseudo-historical works and French chansons de geste as well as native creations in the same style.


The term in contemporary Nordic languages

Through the centuries, the word saga has gained a broader meaning in Nordic languages. In contemporary Swedish and Danish it describes a non-realistic or epic
Epic (genre)
An epic is traditionally a genre of poetry, known as epic poetry. However in modern terms, epic is often extended to other art forms, such as novels, plays, films, and video games where the story is centered on heroic characters, and the action takes place on a grand scale, just as in epic poetry...
work of fiction. Folksaga means folk tale; a fairy tale
Fairy tale
A fairy tale is a type of short story that typically features such folkloric characters, such as fairies, goblins, elves, trolls, dwarves, giants or gnomes, and usually magic or enchantments. However, only a small number of the stories refer to fairies...
by an unknown author, in Swedish and Danish. Konstsaga is the Swedish term for a fairy tale by a known author, such as H. C. Andersen or Astrid Lindgren
Astrid Lindgren
Astrid Anna Emilia Lindgren , 14 November 1907 – 28 January 2002) was a Swedish author and screenwriter who is the world's 25th most translated author and has sold roughly 145 million copies worldwide...
, while the Danish and Norwegian term is eventyr ("adventure"). A saga can also be a work of fantasy fiction. J. R. R. Tolkien
J. R. R. Tolkien
John Ronald Reuel Tolkien, CBE was an English writer, poet, philologist, and university professor, best known as the author of the classic high fantasy works The Hobbit, The Lord of the Rings, and The Silmarillion.Tolkien was Rawlinson and Bosworth Professor of Anglo-Saxon at Pembroke College,...
's Lord of the Rings series was translated to Swedish by Åke Ohlmarks
Åke Ohlmarks
Åke Joel Ohlmarks was a Swedish author, translator and scholar of religion.He worked as a Lecturer at the University of Greifswald from 1941 to 1945...
by the title Sagan om ringen: "The Saga of the Ring". Tolkien knew enough Swedish to be dissatisfied with the Swedish title (and the translation work in general), and the 2004 translation was titled Ringarnas herre, a literal translation from the original.

In Faroese, the word underwent U-umlaut
Germanic umlaut
In linguistics, umlaut is a process whereby a vowel is pronounced more like a following vowel or semivowel. The term umlaut was originally coined and is used principally in connection with the study of the Germanic languages...
becoming søga, and adopted a wider meaning. In addition to saga, it also covers terms such as history, tale, story.

A modern example of a saga is George Lucas's classic film trilogy, The Star Wars Saga.
The Lord of the Rings novels by J.R.R. Tolkien are also a saga.