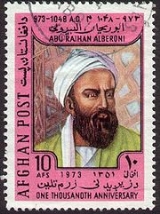 Encyclopedia
The Arab Agricultural Revolution (also known as the Medieval Green Revolution, Muslim Agricultural Revolution, Islamic Agricultural Revolution and Islamic Green Revolution) is a term coined by the historian Andrew Watson in his influential 1974 paper postulating a fundamental transformation in agriculture
Agriculture
Agriculture is the cultivation of animals, plants, fungi and other life forms for food, fiber, and other products used to sustain life. Agriculture was the key implement in the rise of sedentary human civilization, whereby farming of domesticated species created food surpluses that nurtured the...
from the 8th century to the 13th century in the Muslim lands
Muslim world
The term Muslim world has several meanings. In a religious sense, it refers to those who adhere to the teachings of Islam, referred to as Muslims. In a cultural sense, it refers to Islamic civilization, inclusive of non-Muslims living in that civilization...
. This was an extension of an earlier hypothesis of an agricultural revolution in Islamic Spain
Al-Andalus
Al-Andalus was the Arabic name given to a nation and territorial region also commonly referred to as Moorish Iberia. The name describes parts of the Iberian Peninsula and Septimania governed by Muslims , at various times in the period between 711 and 1492, although the territorial boundaries...
proposed much earlier in 1876 by the Spanish historian Antonia Garcia Maceira.

Watson argued that the economy established by Arab
Arab
Arab people, also known as Arabs , are a panethnicity primarily living in the Arab world, which is located in Western Asia and North Africa. They are identified as such on one or more of genealogical, linguistic, or cultural grounds, with tribal affiliations, and intra-tribal relationships playing...
and other Muslim traders
Islamic economics in the world
Islamic economics in practice, or economic policies supported by self-identified Islamic groups, has varied throughout its long history. Traditional Islamic concepts having to do with economics included...
across the Old World
Old World
The Old World consists of those parts of the world known to classical antiquity and the European Middle Ages. It is used in the context of, and contrast with, the "New World" ....
enabled the diffusion of many crops and farming techniques among different parts of the Islamic world, as well as the adaptation of crops and techniques from and to regions beyond the Islamic world. Crops from Africa such as sorghum
Sorghum
Sorghum is a genus of numerous species of grasses, one of which is raised for grain and many of which are used as fodder plants either cultivated or as part of pasture. The plants are cultivated in warmer climates worldwide. Species are native to tropical and subtropical regions of all continents...
, crops from China such as citrus fruits, and numerous crops from India such as mango
Mango
The mango is a fleshy stone fruit belonging to the genus Mangifera, consisting of numerous tropical fruiting trees in the flowering plant family Anacardiaceae. The mango is native to India from where it spread all over the world. It is also the most cultivated fruit of the tropical world. While...
s, rice, cotton and sugar cane, were distributed throughout Islamic lands, which, according to Watson, previously had not grown these crops. Watson listed eighteen such crops being diffused during the Islamic period. Watson argues that these introductions, along with an increased mechanization
Mechanization
Mechanization or mechanisation is providing human operators with machinery that assists them with the muscular requirements of work or displaces muscular work. In some fields, mechanization includes the use of hand tools...
of agriculture, led to major changes in economy, population distribution, vegetation cover, agricultural production and income, population levels, urban growth
Urbanization
Urbanization, urbanisation or urban drift is the physical growth of urban areas as a result of global change. The United Nations projected that half of the world's population would live in urban areas at the end of 2008....
, the distribution of the labour force, linked industries, cooking, diet and clothing in the Islamic world.

Critical contemporary reviews of Watson's hypothesis apart, a recent study by Michael Decker (2009) challenges the notion of a Muslim revolution. Drawing on literary and archaeological evidence, Decker shows that, contrary to Watson's central thesis, widespread cultivation and consumption of staples such as durum wheat, Asiatic rice
Rice
Rice is the seed of the monocot plants Oryza sativa or Oryza glaberrima . As a cereal grain, it is the most important staple food for a large part of the world's human population, especially in East Asia, Southeast Asia, South Asia, the Middle East, and the West Indies...
, and sorghum
Sorghum
Sorghum is a genus of numerous species of grasses, one of which is raised for grain and many of which are used as fodder plants either cultivated or as part of pasture. The plants are cultivated in warmer climates worldwide. Species are native to tropical and subtropical regions of all continents...
as well as cotton
Cotton
Cotton is a soft, fluffy staple fiber that grows in a boll, or protective capsule, around the seeds of cotton plants of the genus Gossypium. The fiber is almost pure cellulose. The botanical purpose of cotton fiber is to aid in seed dispersal....
were already commonplace under the Roman Empire
Roman Empire
The Roman Empire was the post-Republican period of the ancient Roman civilization, characterised by an autocratic form of government and large territorial holdings in Europe and around the Mediterranean....
and Sassanid Empire
Sassanid Empire
The Sassanid Empire , known to its inhabitants as Ērānshahr and Ērān in Middle Persian and resulting in the New Persian terms Iranshahr and Iran , was the last pre-Islamic Persian Empire, ruled by the Sasanian Dynasty from 224 to 651...
, centuries before the Islamic period. At the same time he argues that their actual role in Islamic agriculture has been exaggerated. Decker concludes that the agricultural practices of Muslim cultivators did not fundamentally differ from those of pre-Islamic times, but rather evolved from the hydraulic know-how and 'basket' of agricultural plants inherited from their Roman and Persian predecessors.

Decker also points to the advanced state of ancient irrigation practices which "rebuts sizeable parts of the Watson thesis." This shows that basically all important agricultural devices, including the all-important watermill
Watermill
A watermill is a structure that uses a water wheel or turbine to drive a mechanical process such as flour, lumber or textile production, or metal shaping .- History :...
s (see List of ancient watermills), but also waterwheels, shadufs, noria
Noria
A noria is a machine for lifting water into a small aqueduct, either for the purpose of irrigation or, in at least one known instance, to feed seawater into a saltern....
s, sakia
Sakia
A sakia , tympanum or tablia is a water wheel, somewhat similar to a noria, and used primarily in Egypt. It is a large hollow wheel, normally made of galvanized sheet steel, with scoops or buckets at the periphery...
s, water screws, and various kinds of water pump
Water Pump
Water Pump is one of the neighbourhoods of Gulberg Town in Karachi, Sindh, Pakistan. It is near main Water Pump that supplies fresh water to the city of Karachi....
s were widely known and applied by Greek and Roman farmers
Roman agriculture
Agriculture in ancient Rome was not only a necessity, but was idealized among the social elite as a way of life. Cicero considered farming the best of all Roman occupations...
long before the Muslim conquests.

E. Ashtor has argued that, contrary to Watson's thesis, agricultural production declined in areas brought under Muslim rule in the Middle Ages
Middle Ages
The Middle Ages is a periodization of European history from the 5th century to the 15th century. The Middle Ages follows the fall of the Western Roman Empire in 476 and precedes the Early Modern Era. It is the middle period of a three-period division of Western history: Classic, Medieval and Modern...
, including areas in Iraq
Iraq
Iraq ; officially the Republic of Iraq is a country in Western Asia spanning most of the northwestern end of the Zagros mountain range, the eastern part of the Syrian Desert and the northern part of the Arabian Desert....
(Mesopotamia) and Egypt
Egypt
Egypt , officially the Arab Republic of Egypt, Arabic: , is a country mainly in North Africa, with the Sinai Peninsula forming a land bridge in Southwest Asia. Egypt is thus a transcontinental country, and a major power in Africa, the Mediterranean Basin, the Middle East and the Muslim world...
, on the basis of records of taxes collected on cultivated area.