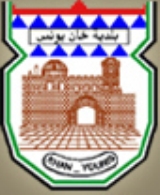 Encyclopedia
Khan Yunis - often spelt Khan Younis or Khan Yunnis - ' onMouseout='HidePop("65225")' href="/topics/Caravanserai">Caravanserai
Caravanserai
A caravanserai, or khan, also known as caravansary, caravansera, or caravansara in English was a roadside inn where travelers could rest and recover from the day's journey...
) is a city and adjacent refugee camp
Refugee camp
A refugee camp is a temporary settlement built to receive refugees. Hundreds of thousands of people may live in any one single camp. Usually they are built and run by a government, the United Nations, or international organizations, or NGOs.Refugee camps are generally set up in an impromptu...
in the southern part of the Gaza Strip
Gaza Strip
thumb|Gaza city skylineThe Gaza Strip lies on the Eastern coast of the Mediterranean Sea. The Strip borders Egypt on the southwest and Israel on the south, east and north. It is about long, and between 6 and 12 kilometres wide, with a total area of...
. According to the Palestinian Central Bureau of Statistics
Palestinian Central Bureau of Statistics
The Palestinian Central Bureau of Statistics is the statistical organization under the umbrella of the Palestinian Cabinet of the Palestinian National Authority....
the city, its refugee camp, and its immediate surroundings had a total population of 180,000 in 2006. Although Khan Yunis lies only 4 kilometers from the Mediterranean Sea
Mediterranean Sea
The Mediterranean Sea is a sea connected to the Atlantic Ocean surrounded by the Mediterranean region and almost completely enclosed by land: on the north by Anatolia and Europe, on the south by North Africa, and on the east by the Levant...
the climate of Khan Yunis is semi-arid  with temperature reaching high to 30 degree C in summer and decreasing high at 10 degree C in winter region with an annual rainfall of approximately 260 mm.

Before the 14th century, Khan Yunis was a village known as Salqah. To protect caravans, pilgrims and travelers a khan was constructed there by Yunus al-Nûzûri in 789 Hijri / 1387 CE according to an inscription on its main entrance, accounting for the new name of the growing town. (Yunis Ibn Abdallah an-Nawruzi ad-Dawadar was the executive Secretary, one of the high ranking officials of Sultan Barquq and the first Circassian Mamluk
Mamluk
A Mamluk was a soldier of slave origin, who were predominantly Cumans/Kipchaks The "mamluk phenomenon", as David Ayalon dubbed the creation of the specific warrior...
Sultan.) The town became an important center for trade and its weekly Thursday market drew traders from neighboring regions.

The Khan Yunis refugee camp, founded in 1948, initially held 35,000 Palestinian Arabs. By mid-2008 68,324 refugees and their descendants there were registered with UNRWA.

During the night of 31 August 1955 three Israeli paratroop companies made a retaliatory raid(Mivtza Elkayam) on the British built Tegart fort
Tegart fort
A Tegart fort is a style of militarized police "fortress" constructed throughout Palestine during the British Mandatory period.The forts are named after British police officer and engineer Sir Charles Tegart, who designed them in 1938 based on his experiences in the Indian insurgency.Tens of the...
in Khan Yunis from where attacks had been carried out against Israelis. The police station, a petrol station and several buildings in the village of Abassan were destroyed, as well as railway tracks and telegraph poles. In heavy fighting, Seventy-two Egyptian soldiers were killed. One Israeli soldier was killed and 17 were wounded. The operation led to a ceasefire on September 4, forcing Nasser and the Egyptian government to halt the Palestinian fedayeen operations against Israel. One of the mechanized companies was commanded by Rafael Eitan
Rafael Eitan
Rafael "Raful" Eitan was an Israeli general, former Chief of Staff of the Israel Defense Forces and later a politician, a Knesset member government minister...
.

Before the Suez War, Khan Yunis was occupied by Egypt
Occupation of the Gaza Strip by Egypt
The administration of the Gaza Strip by Egypt occurred between 1948 and October 1956, and again from March 1957 to June 1967. Egypt did not annex the Gaza Strip but left it under Egyptian military rule as a temporary arrangement pending the resolution of the Palestine Question.-Background:After...
. After a fierce firefight, the Sherman tanks of the IDF 37th Armored Brigade broke through the heavily fortified lines outside of Khan Yunis held by the 86th Palestinian Brigade. It was the only site in the Gaza strip where the Egyptian army put up any resistance to the Israeli invasion of Gaza, but it surrendered on 3 November 1956. According to Footnotes in Gaza, a comic book by Joe Sacco, The Israeli Army rounded up residents of the town and the neighbouring refugee camp and shot them on the streets and in their homes. Sacco said that the book generally adopts the Palestinian perspective.

The killings were reported to the UN General Assembly on 15 December 1956 by the Director of the United Nations Relief and Works Agency, Henry Labouisse, who reported from "trustworthy sources" that 275 people were killed in the massacre of which 140 were refugees and 135 local residents.

Khan Yunis was the site of Israel
Israel
The State of Israel is a parliamentary republic located in the Middle East, along the eastern shore of the Mediterranean Sea...
i helicopter attacks in August 2001 and October 2002 that left several civilians killed, hundreds wounded and civilian buildings within the vicinity destroyed.
It is known as a stronghold of Hamas
Hamas
Hamas is the Palestinian Sunni Islamic or Islamist political party that governs the Gaza Strip. Hamas also has a military wing, the Izz ad-Din al-Qassam Brigades...
which is recognised as a terrorist group by many countries.

The northern part of Khan Yunis overlooks the Kissufim
Kissufim
Kissufim is a kibbutz in the northwestern Negev desert in Israel. Located adjacent to the Gaza Strip, it falls under the jurisdiction of Eshkol Regional Council. It sits at an altitude of 92 metres above sea level.- History :...
junction — formerly one of the main roads for Israeli traffic to Gush Katif
Gush Katif
Gush Katif was a bloc of 17 Israeli settlements in the southern Gaza strip. Gush Katif was specifically mentioned by Yitzhak Rabin, the Israeli prime minister who fell victim to an assassin in 1995, as essential to Israel's security border. In August 2005, the Israeli army moved the 8,600...
settlement. Buildings there had often been used by militants as sniping posts and mortar
Mortar (weapon)
A mortar is an indirect fire weapon that fires explosive projectiles known as bombs at low velocities, short ranges, and high-arcing ballistic trajectories. It is typically muzzle-loading and has a barrel length less than 15 times its caliber....
bases to shoot at Israeli settlements and soldiers.

From Khan Yunis' northern buildings, two Islamic militants killed an Israeli civilian Tali Hatuel
Tali Hatuel
The murder of Tali Hatuel and her four daughters was a shooting attack which occurred on May 2, 2004, in which Palestinian militants killed five members of the Hatuel family in Gush Katif. Tali Hatuel, an Israeli resident who resided in Gush Katif, was eight months pregnant and was murdered along...
on May 2, 2004, forcing her and her four daughters off the road and shooting them at close range. The next week, her memorial service was attacked at the same site. One building was also used as cover for an explosive-laden tunnel, which blew up an Israel
Israel
The State of Israel is a parliamentary republic located in the Middle East, along the eastern shore of the Mediterranean Sea...
i (IDF) occupation outpost on June 27 of that year. After each attack, the Israeli Defence Forces bulldozed some of the structures used by the militants.

On December 16, 2004, the Israel Defense Forces raided the town with armoured bulldozer
Armored bulldozer
The armored bulldozer is a basic tool of combat engineering. These combat engineering vehicles combine the earth moving capabilities of the bulldozer with armor which protects the vehicle and its operator in or near combat. Most are civilian bulldozers modified by addition of vehicle armor/military...
s and tank
Tank
A tank is a tracked, armoured fighting vehicle designed for front-line combat which combines operational mobility, tactical offensive, and defensive capabilities...
s in order to stop mortar shelling of Israeli towns. In the six weeks before the operation about 80 mortar
Mortar (weapon)
A mortar is an indirect fire weapon that fires explosive projectiles known as bombs at low velocities, short ranges, and high-arcing ballistic trajectories. It is typically muzzle-loading and has a barrel length less than 15 times its caliber....
shells and Qassam rocket
Qassam rocket
The Qassam rocket is a simple steel artillery rocket developed and deployed by the Izz ad-Din al-Qassam Brigades, the military arm of Hamas. Three models have been produced and used between 2001 and 2011....
s had hit the Gush Katif
Gush Katif
Gush Katif was a bloc of 17 Israeli settlements in the southern Gaza strip. Gush Katif was specifically mentioned by Yitzhak Rabin, the Israeli prime minister who fell victim to an assassin in 1995, as essential to Israel's security border. In August 2005, the Israeli army moved the 8,600...
settlement. Khan Yunis have been the target of frequent raids by the Israeli defence forces, and heavy battles have ensued in the area. In 2005, Israel attempted to isolate the area,but they didn't succeed because of Hamas resistance. In 2006 Hamas
Hamas
Hamas is the Palestinian Sunni Islamic or Islamist political party that governs the Gaza Strip. Hamas also has a military wing, the Izz ad-Din al-Qassam Brigades...
took power in the Gaza Strip
Gaza Strip
thumb|Gaza city skylineThe Gaza Strip lies on the Eastern coast of the Mediterranean Sea. The Strip borders Egypt on the southwest and Israel on the south, east and north. It is about long, and between 6 and 12 kilometres wide, with a total area of...
. Since Israel's 2005 Gaza Disengagement, over 2,000 Qassam rockets have been launched from Khan Yunis into Israel, mostly to the Southern Israeli city of Sderot
Sderot
Sderot is a western Negev city in the Southern District of Israel. According to the Israel Central Bureau of Statistics , at the end of 2009 the city had a total population of 20,700. The city has been an ongoing target of Qassam rocket attacks from the Gaza Strip...
. In January 2009, members of the Shurrab family
Shurrab family
The Shurrab family is a family in Khan Younis and Gaza in the Palestinian territories, which had 2 members killed by the Israel Defense Forces on 16 January 2009 during the 2008–2009 Israel–Gaza conflict. A son, Amer Shurrab, attended Middlebury College in Vermont, United States and is a member of...
were killed by Israeli Defence Force members during a "lull" in fighting in the war in Gaza.

Khan Yunis is twinned
Town twinning
Twin towns and sister cities are two of many terms used to describe the cooperative agreements between towns, cities, and even counties in geographically and politically distinct areas to promote cultural and commercial ties.- Terminology :...
with the following cities: Hamar
Hamar
is a town and municipality in Hedmark county, Norway. It is part of the traditional region of Hedmarken. The administrative centre of the municipality is the town of Hamar. The municipality of Hamar was separated from Vang as a town and municipality of its own in 1849...
, Norway
Norway
Norway , officially the Kingdom of Norway, is a Nordic unitary constitutional monarchy whose territory comprises the western portion of the Scandinavian Peninsula, Jan Mayen, and the Arctic archipelago of Svalbard and Bouvet Island. Norway has a total area of and a population of about 4.9 million...
Almuñécar
Almuñécar
Almuñécar is a municipality in the Spanish Autonomous Region of Andalusia on the Costa Tropical between Nerja and Motril . It has a subtropical climate...
, Spain
Spain
Spain , officially the Kingdom of Spain languages]] under the European Charter for Regional or Minority Languages. In each of these, Spain's official name is as follows:;;;;;;), is a country and member state of the European Union located in southwestern Europe on the Iberian Peninsula...
Évry, France
France
The French Republic , The French Republic , The French Republic , (commonly known as France , is a unitary semi-presidential republic in Western Europe with several overseas territories and islands located on other continents and in the Indian, Pacific, and Atlantic oceans. Metropolitan France...