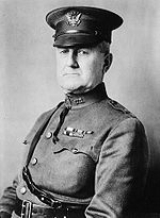 Harbord was born in Bloomington, Illinois
Bloomington, Illinois
Bloomington is a city in McLean County, Illinois, United States and the county seat. It is adjacent to Normal, Illinois, and is the more populous of the two principal municipalities of the Bloomington-Normal metropolitan area...
, and raised in Bushong, Kansas
Bushong, Kansas
Bushong is a city in Lyon County, Kansas, United States. As of the 2010 census, the city population was 34. It is part of the Emporia Micropolitan Statistical Area.-Geography:Bushong is located at...
and Manhattan
Manhattan, Kansas
Manhattan is a city located in the northeastern part of the state of Kansas in the United States, at the junction of the Kansas River and Big Blue River. It is the county seat of Riley County and the city extends into Pottawatomie County. As of the 2010 census, the city population was 52,281...
, Kansas
Kansas
Kansas is a US state located in the Midwestern United States. It is named after the Kansas River which flows through it, which in turn was named after the Kansa Native American tribe, which inhabited the area. The tribe's name is often said to mean "people of the wind" or "people of the south...
. He graduated from Kansas State Agricultural College
Kansas State University
Kansas State University, commonly shortened to K-State, is an institution of higher learning located in Manhattan, Kansas, in the United States...
in 1886, and thereafter worked as an instructor at the college for two years. In 1889, he enlisted in the Army, and in 1891 he received a commission.

Harbord's first overseas experience came as a member of the occupation army in Cuba
Cuba
The Republic of Cuba is an island nation in the Caribbean. The nation of Cuba consists of the main island of Cuba, the Isla de la Juventud, and several archipelagos. Havana is the largest city in Cuba and the country's capital. Santiago de Cuba is the second largest city...
after the Spanish-American War
Spanish-American War
The Spanish–American War was a conflict in 1898 between Spain and the United States, effectively the result of American intervention in the ongoing Cuban War of Independence...
. After leaving Cuba, he served as Assistant Chief of the Philippines
Philippines
The Philippines , officially known as the Republic of the Philippines , is a country in Southeast Asia in the western Pacific Ocean. To its north across the Luzon Strait lies Taiwan. West across the South China Sea sits Vietnam...
Constabulary from 1903 to 1909 and again from 1910 to 1913. In 1916, he was on the Mexican
Mexico
The United Mexican States , commonly known as Mexico , is a federal constitutional republic in North America. It is bordered on the north by the United States; on the south and west by the Pacific Ocean; on the southeast by Guatemala, Belize, and the Caribbean Sea; and on the east by the Gulf of...
border with General John J. Pershing
John J. Pershing
John Joseph "Black Jack" Pershing, GCB , was a general officer in the United States Army who led the American Expeditionary Forces in World War I...
, pursuing Pancho Villa
Pancho Villa
José Doroteo Arango Arámbula – better known by his pseudonym Francisco Villa or its hypocorism Pancho Villa – was one of the most prominent Mexican Revolutionary generals....
.

When the United States entered World War I
World War I
World War I , which was predominantly called the World War or the Great War from its occurrence until 1939, and the First World War or World War I thereafter, was a major war centred in Europe that began on 28 July 1914 and lasted until 11 November 1918...
in 1917, Harbord went to France
France
The French Republic , The French Republic , The French Republic , (commonly known as France , is a unitary semi-presidential republic in Western Europe with several overseas territories and islands located on other continents and in the Indian, Pacific, and Atlantic oceans. Metropolitan France...
as General Pershing's chief of staff, which won him a promotion to Brigadier General
Brigadier general (United States)
A brigadier general in the United States Army, Air Force, and Marine Corps, is a one-star general officer, with the pay grade of O-7. Brigadier general ranks above a colonel and below major general. Brigadier general is equivalent to the rank of rear admiral in the other uniformed...
. Throughout the war he continued to work closely with General Pershing. In June 1918, he was given command of the Fourth Marine Brigade, which was serving as part of the Army Second Infantry Division, and then on July 15, briefly given command of the Division itself. He commanded the Marines during the Battle of Château-Thierry
Battle of Château-Thierry (1918)
The Battle of Château-Thierry was fought on 18 July 1918 and was one of the first actions of the American Expeditionary Force under General John J. "Black Jack" Pershing...
and the Battle of Belleau Wood
Battle of Belleau Wood
The Battle of Belleau Wood occurred during the German 1918 Spring Offensive in World War I, near the Marne River in France. The battle was fought between the U.S...
. In August 1918, Harbord was recalled from the front and put in charge of troop and supply movement. Following the war, he was promoted to Major General and awarded the Distinguished Service Medal
Distinguished Service Medal (United States)
The Distinguished Service Medal is the highest non-valorous military and civilian decoration of the United States military which is issued for exceptionally meritorious service to the government of the United States in either a senior government service position or as a senior officer of the United...
.

In August 1919, President Woodrow Wilson
Woodrow Wilson
Thomas Woodrow Wilson was the 28th President of the United States, from 1913 to 1921. A leader of the Progressive Movement, he served as President of Princeton University from 1902 to 1910, and then as the Governor of New Jersey from 1911 to 1913...
sent a fact-finding mission to the Middle East
Middle East
The Middle East is a region that encompasses Western Asia and Northern Africa. It is often used as a synonym for Near East, in opposition to Far East...
, headed by General Harbord, to investigate the feasibility of the Balfour Declaration
Balfour Declaration, 1917
The Balfour Declaration of 1917 was a letter from the British Foreign Secretary Arthur James Balfour to Baron Rothschild , a leader of the British Jewish community, for transmission to the Zionist Federation of Great Britain and Ireland.The statement was issued through the efforts of Chaim...
, which supported the creation of a Jewish state in Palestine
Palestine
Palestine is a conventional name, among others, used to describe the geographic region between the Mediterranean Sea and the Jordan River, and various adjoining lands....
, taken from the Ottoman Empire
Ottoman Empire
The Ottoman EmpireIt was usually referred to as the "Ottoman Empire", the "Turkish Empire", the "Ottoman Caliphate" or more commonly "Turkey" by its contemporaries...
during the war. Harbord was also to report on Turkish-Armenian relations in the wake of the Armenian Genocide
Armenian Genocide
The Armenian Genocide—also known as the Armenian Holocaust, the Armenian Massacres and, by Armenians, as the Great Crime—refers to the deliberate and systematic destruction of the Armenian population of the Ottoman Empire during and just after World War I...
. Harbord's report stated that "the temptation to reprisals for past wrongs" would make it extremely difficult to maintain peace in the region.

Harbord's report
Harbord Commission
The Harbord Commission was a U.S. political commission tasked with studying the relationship between the United States and Armenia following World War I....
said that the Armenian population, following massacres and deportation, was far less than the Turkish population in the region.

In 1922, Harbord retired from the Army to become President of the Radio Corporation of America
RCA
RCA Corporation, founded as the Radio Corporation of America, was an American electronics company in existence from 1919 to 1986. The RCA trademark is currently owned by the French conglomerate Technicolor SA through RCA Trademark Management S.A., a company owned by Technicolor...
. While Harbord was President of RCA, the corporation undertook a number of significant moves. In 1926, RCA began television broadcasts and formed NBC
NBC
The National Broadcasting Company is an American commercial broadcasting television network and former radio network headquartered in the GE Building in New York City's Rockefeller Center with additional major offices near Los Angeles and in Chicago...
. In 1928, RCA was one of four corporations that jointly formed RKO Pictures
RKO Pictures
RKO Pictures is an American film production and distribution company. As RKO Radio Pictures Inc., it was one of the Big Five studios of Hollywood's Golden Age. The business was formed after the Keith-Albee-Orpheum theater chains and Joseph P...
. Finally, in 1929, RCA acquired the Victor Talking Machine Company
Victor Talking Machine Company
The Victor Talking Machine Company was an American corporation, the leading American producer of phonographs and phonograph records and one of the leading phonograph companies in the world at the time. It was headquartered in Camden, New Jersey....
(maker of the famous "Victrola") and became RCA-Victor. In 1928, Harbord took a leave of absence to campaign for Herbert Hoover
Herbert Hoover
Herbert Clark Hoover was the 31st President of the United States . Hoover was originally a professional mining engineer and author. As the United States Secretary of Commerce in the 1920s under Presidents Warren Harding and Calvin Coolidge, he promoted partnerships between government and business...
for President, and in 1930 he officially retired from the position, allowing David Sarnoff
David Sarnoff
David Sarnoff was an American businessman and pioneer of American commercial radio and television. He founded the National Broadcasting Company and throughout most of his career he led the Radio Corporation of America in various capacities from shortly after its founding in 1919 until his...
to assume the office.