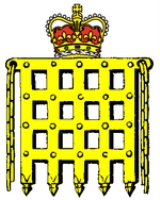 The corps was formed as the Troop of Gentlemen in 1509 by King Henry VIII
Henry VIII of England
Henry VIII was King of England from 21 April 1509 until his death. He was Lord, and later King, of Ireland, as well as continuing the nominal claim by the English monarchs to the Kingdom of France...
to act as a mounted escort, armed with spear
Spear
A spear is a pole weapon consisting of a shaft, usually of wood, with a pointed head.The head may be simply the sharpened end of the shaft itself, as is the case with bamboo spears, or it may be made of a more durable material fastened to the shaft, such as flint, obsidian, iron, steel or...
and lance
Lance
A Lance is a pole weapon or spear designed to be used by a mounted warrior. The lance is longer, stout and heavier than an infantry spear, and unsuited for throwing, or for rapid thrusting. Lances did not have tips designed to intentionally break off or bend, unlike many throwing weapons of the...
to protect the sovereign, in battle or elsewhere. Henry decided to have "this new and sumptuous Troop of Gentlemen composed of cadet
Cadet
A cadet is a trainee to become an officer in the military, often a person who is a junior trainee. The term comes from the term "cadet" for younger sons of a noble family.- Military context :...
s of noble families and the highest order of gentry as his personal Body Guard or "Nearest Guard"".

As his Body Guard it accompanied Henry to France in 1513 and took part in the Battle of Guinegate
Battle of Guinegate (1513)
The Battle of Guinegate or Battle of the Spurs took place on August 16, 1513. As part of the Holy League under the on-going Italian Wars, English and Imperial troops under Henry VIII and Maximilian I surprised and routed a body of French cavalry under Jacques de La Palice.The English army was...
(better known as the Battle of the Spurs) and then at the Field of Cloth of Gold in 1520. In 1526, they became a dismounted bodyguard armed with battleaxe
Battle axe
A battle axe is an axe specifically designed for combat. Battle axes were specialized versions of utility axes...
s. They last saw service in battle during the English Civil War
English Civil War
The English Civil War was a series of armed conflicts and political machinations between Parliamentarians and Royalists...
(during which a Gentleman Matthews saved the Prince of Wales
Charles II of England
Charles II was monarch of the three kingdoms of England, Scotland, and Ireland.Charles II's father, King Charles I, was executed at Whitehall on 30 January 1649, at the climax of the English Civil War...
at the Battle of Edgehill
Battle of Edgehill
The Battle of Edgehill was the first pitched battle of the First English Civil War. It was fought near Edge Hill and Kineton in southern Warwickshire on Sunday, 23 October 1642....
(1642) from one of the Earl of Essex
Robert Devereux, 3rd Earl of Essex
Robert Devereux, 3rd Earl of Essex was an English Parliamentarian and soldier during the first half of the seventeenth century. With the start of the English Civil War in 1642 he became the first Captain-General and Chief Commander of the Parliamentarian army, also known as the Roundheads...
's troopers). They were always intended as a primarily ceremonial unit, but were on regular duty until the 19th century.

Under Henry VIII the Troop of Gentlemen varied in size, according to funding available. As the "Nearest Guard" to the Monarch the unit attracted an aristocratic and aspiring membership, which could be utililsed as a cadre of young officers when levies were raised for overseas service.

All subordinate officers, and all Gentlemen, must be under the age of 55 years on joining, and are on average 52. The Gentlemen retain their prior military ranks (currently most rank between major
Major
Major is a rank of commissioned officer, with corresponding ranks existing in almost every military in the world.When used unhyphenated, in conjunction with no other indicator of rank, the term refers to the rank just senior to that of an Army captain and just below the rank of lieutenant colonel. ...
and colonel
Colonel
Colonel , abbreviated Col or COL, is a military rank of a senior commissioned officer. It or a corresponding rank exists in most armies and in many air forces; the naval equivalent rank is generally "Captain". It is also used in some police forces and other paramilitary rank structures...
). They must retire at 70 years.

Although all Gentlemen are retired officers, uniquely one recent member is also a clergyman. Colonel
Colonel
Colonel , abbreviated Col or COL, is a military rank of a senior commissioned officer. It or a corresponding rank exists in most armies and in many air forces; the naval equivalent rank is generally "Captain". It is also used in some police forces and other paramilitary rank structures...
the Reverend Richard ("Dick") H. Whittington, MBE
Order of the British Empire
The Most Excellent Order of the British Empire is an order of chivalry established on 4 June 1917 by George V of the United Kingdom. The Order comprises five classes in civil and military divisions...
joined the Corps in 1999 after retiring from the Corps of Royal Engineers
Royal Engineers
The Corps of Royal Engineers, usually just called the Royal Engineers , and commonly known as the Sappers, is one of the corps of the British Army....
. He was ordained a deacon
Deacon
Deacon is a ministry in the Christian Church that is generally associated with service of some kind, but which varies among theological and denominational traditions...
in 1993 and a priest
Priest
A priest is a person authorized to perform the sacred rites of a religion, especially as a mediatory agent between humans and deities. They also have the authority or power to administer religious rites; in particular, rites of sacrifice to, and propitiation of, a deity or deities...
in 1994. He has been Chaplain
Chaplain
Traditionally, a chaplain is a minister in a specialized setting such as a priest, pastor, rabbi, or imam or lay representative of a religion attached to a secular institution such as a hospital, prison, military unit, police department, university, or private chapel...
of the Royal Hospital Chelsea
Royal Hospital Chelsea
The Royal Hospital Chelsea is a retirement home and nursing home for British soldiers who are unfit for further duty due to injury or old age, located in the Chelsea region of central London, now the Royal Borough of Kensington and Chelsea. It is a true hospital in the original sense of the word,...
since Jan 2001.

The uniform is that of a Dragoon Guards
Dragoon guards
Dragoon Guards was the designation used to refer to certain heavy cavalry regiments in the British Army from the 18th century onwards. While the Prussian and Russian armies of the same period included dragoon regiments amongst their respective Imperial Guards, different titles were applied to these...
officer of the 1840s. It has a skirted red coat with Garter
Order of the Garter
The Most Noble Order of the Garter, founded in 1348, is the highest order of chivalry, or knighthood, existing in England. The order is dedicated to the image and arms of St...
blue velvet
Velvet
Velvet is a type of woven tufted fabric in which the cut threads are evenly distributed,with a short dense pile, giving it a distinctive feel.The word 'velvety' is used as an adjective to mean -"smooth like velvet".-Composition:...
cuffs and facings embroidered with the Tudor
Tudor dynasty
The Tudor dynasty or House of Tudor was a European royal house of Welsh origin that ruled the Kingdom of England and its realms, including the Lordship of Ireland, later the Kingdom of Ireland, from 1485 until 1603. Its first monarch was Henry Tudor, a descendant through his mother of a legitimised...
royal badge of the portcullis
Portcullis
A portcullis is a latticed grille made of wood, metal, fibreglass or a combination of the three. Portcullises fortified the entrances to many medieval castles, acting as a last line of defence during time of attack or siege...
. Helmets with white swan
Swan
Swans, genus Cygnus, are birds of the family Anatidae, which also includes geese and ducks. Swans are grouped with the closely related geese in the subfamily Anserinae where they form the tribe Cygnini. Sometimes, they are considered a distinct subfamily, Cygninae...
feather plumes are worn when on duty, even in church. Officers wear, in addition, gold aiguillette
Aiguillette
An aiguillette is an ornamental braided cord most often worn on uniforms, but may also be observed on other costumes such as academic dress, where it will denote an honour. Originally, the word "aiguillette" referred to the lacing used to fasten plate armor together...
s, and carry sticks of office - gold
Gold
Gold is a chemical element with the symbol Au and an atomic number of 79. Gold is a dense, soft, shiny, malleable and ductile metal. Pure gold has a bright yellow color and luster traditionally considered attractive, which it maintains without oxidizing in air or water. Chemically, gold is a...
for the Captain, silver
Silver
Silver is a metallic chemical element with the chemical symbol Ag and atomic number 47. A soft, white, lustrous transition metal, it has the highest electrical conductivity of any element and the highest thermal conductivity of any metal...
for the Lieutenant, Standard Bearer and Clerk of the Cheque, and ivory
Ivory
Ivory is a term for dentine, which constitutes the bulk of the teeth and tusks of animals, when used as a material for art or manufacturing. Ivory has been important since ancient times for making a range of items, from ivory carvings to false teeth, fans, dominoes, joint tubes, piano keys and...
for the Harbinger - which they receive from the Sovereign on appointment. Cavalry
Cavalry
Cavalry or horsemen were soldiers or warriors who fought mounted on horseback. Cavalry were historically the third oldest and the most mobile of the combat arms...
sword
Sword
A sword is a bladed weapon used primarily for cutting or thrusting. The precise definition of the term varies with the historical epoch or the geographical region under consideration...
s are worn, and long ceremonial battle-axes, over 300 years old, are carried by all the Gentlemen.

The corps' carries a standard
Colours, standards and guidons
In military organizations, the practice of carrying colours, standards or Guidons, both to act as a rallying point for troops and to mark the location of the commander, is thought to have originated in Ancient Egypt some 5,000 years ago...
, similar to that carried by cavalry and infantry regiments of the British Army
British Army
The British Army is the land warfare branch of Her Majesty's Armed Forces in the United Kingdom. It came into being with the unification of the Kingdom of England and Scotland into the Kingdom of Great Britain in 1707. The new British Army incorporated Regiments that had already existed in England...
, upon which is mounted the corps' various accoutrements and a selection of its battle honours. In the case of the Gentlemen at Arms, this is a swallowtailed
Swallowtail (flag)
In flag terminology, a swallowtail is either# a V-shaped cut in a flag that causes the flag to end in two points at the fly; or# any flag which has this V-shaped cut....
standard of crimson edged in gold. The cross of St George is at the hoist. Next to this is the Royal Cipher of the reigning monarch, with the name of the corps ("Gentlemen at Arms") put diagonally from top to bottom. Between the two pieces of text is the corps' portcullis badge, while at the end of the standard are a selection of battle honours. In 2009, at a celebration of the Corps' 500 years of personal service to the Sovereign, Queen Elizabeth II  presented a special riband to be displayed on the Standard.

Honours in bold are displayed on the corps' standard.