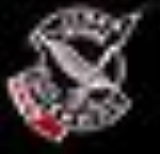 Encyclopedia
Helen Patricia Sharman, OBE
Order of the British Empire
The Most Excellent Order of the British Empire is an order of chivalry established on 4 June 1917 by George V of the United Kingdom. The Order comprises five classes in civil and military divisions...
PhD
PHD
PHD may refer to:*Ph.D., a doctorate of philosophy*Ph.D. , a 1980s British group*PHD finger, a protein sequence*PHD Mountain Software, an outdoor clothing and equipment company*PhD Docbook renderer, an XML renderer...
(born 30 May 1963), is a British
United Kingdom
The United Kingdom of Great Britain and Northern IrelandIn the United Kingdom and Dependencies, other languages have been officially recognised as legitimate autochthonous languages under the European Charter for Regional or Minority Languages...
chemist. She was the first Briton in space, visiting the Mir
Mir
Mir was a space station operated in low Earth orbit from 1986 to 2001, at first by the Soviet Union and then by Russia. Assembled in orbit from 1986 to 1996, Mir was the first modular space station and had a greater mass than that of any previous spacecraft, holding the record for the...
space station aboard Soyuz TM-12
Soyuz TM-12
-Mission highlights:12th expedition to Mir. Included first Briton in space.The Derbents welcomed aboard Mir Anatoli Artsebarski, Sergei Krikalev , and British cosmonaut-researcher Helen Sharman, who was aboard as part of Project Juno, a cooperative venture partly sponsored by British private...
in 1991.

Sharman was born in Grenoside
Grenoside
Grenoside is a suburb of Sheffield, South Yorkshire, England.-History:The name Grenoside is derived from the language of the Anglo-Saxons. The name Grenoside, which was first recorded in the thirteenth century as Gravenhou, is made up of the different elements. Gren from the Old English graefan...
, Sheffield
Sheffield
Sheffield is a city and metropolitan borough of South Yorkshire, England. Its name derives from the River Sheaf, which runs through the city. Historically a part of the West Riding of Yorkshire, and with some of its southern suburbs annexed from Derbyshire, the city has grown from its largely...
(Helen attended Grenoside Junior and Infant School), later moving to Greenhill. After studying at Jordanthorpe Comprehensive, she received a B.Sc.
Bachelor of Science
A Bachelor of Science is an undergraduate academic degree awarded for completed courses that generally last three to five years .-Australia:In Australia, the BSc is a 3 year degree, offered from 1st year on...
in chemistry at the University of Sheffield
University of Sheffield
The University of Sheffield is a research university based in the city of Sheffield in South Yorkshire, England. It is one of the original 'red brick' universities and is a member of the Russell Group of leading research intensive universities...
in 1984 and a Ph.D.
Ph.D.
A Ph.D. is a Doctor of Philosophy, an academic degree.Ph.D. may also refer to:* Ph.D. , a 1980s British group*Piled Higher and Deeper, a web comic strip*PhD: Phantasy Degree, a Korean comic series* PhD Docbook renderer, an XML renderer...
from Birkbeck, University of London
Birkbeck, University of London
Birkbeck, University of London is a public research university located in London, United Kingdom and a constituent college of the federal University of London. It offers many Master's and Bachelor's degree programmes that can be studied either part-time or full-time, though nearly all teaching is...
.
She worked as an engineer
Engineer
An engineer is a professional practitioner of engineering, concerned with applying scientific knowledge, mathematics and ingenuity to develop solutions for technical problems. Engineers design materials, structures, machines and systems while considering the limitations imposed by practicality,...
for GEC
The General Electric Company plc
The General Electric Company or GEC was a major British-based industrial conglomerate, involved in consumer and defence electronics, communications and engineering. The company was once a constituent of the FTSE 100 Index. It was renamed Marconi Corporation plc in 1999 after its defence arm,...
in London
London
London is the capital city of :England and the :United Kingdom, the largest metropolitan area in the United Kingdom, and the largest urban zone in the European Union by most measures. Located on the River Thames, London has been a major settlement for two millennia, its history going back to its...
and later as a chemist
Chemist
A chemist is a scientist trained in the study of chemistry. Chemists study the composition of matter and its properties such as density and acidity. Chemists carefully describe the properties they study in terms of quantities, with detail on the level of molecules and their component atoms...
for Mars Incorporated working with flavour
Flavor
Flavor or flavour is the sensory impression of a food or other substance, and is determined mainly by the chemical senses of taste and smell. The "trigeminal senses", which detect chemical irritants in the mouth and throat as well as temperature and texture, are also very important to the overall...
ant properties of chocolate
Chocolate
Chocolate is a raw or processed food produced from the seed of the tropical Theobroma cacao tree. Cacao has been cultivated for at least three millennia in Mexico, Central and South America. Its earliest documented use is around 1100 BC...
. She worked with chocolate because she liked chocolate and wanted to explore the further flavours and scents of pure alpine chocolate.

Sharman was selected to travel into space on 25 November 1989, beating 13,000 applicants, after responding to a radio
Radio
Radio is the transmission of signals through free space by modulation of electromagnetic waves with frequencies below those of visible light. Electromagnetic radiation travels by means of oscillating electromagnetic fields that pass through the air and the vacuum of space...
advertisement asking for applicants to be the first British astronaut. The programme was known as Project Juno
Project Juno
Project Juno was a private British space programme, which selected Helen Sharman to be the first Briton in space.As the United Kingdom has never had a human spaceflight programme, a private consortium was formed to raise money to pay the USSR for a seat on a Soyuz mission to the Mir space station...
and was a cooperative arrangement between the Soviet Union
Soviet Union
The Soviet Union , officially the Union of Soviet Socialist Republics , was a constitutionally socialist state that existed in Eurasia between 1922 and 1991....
and a group of British companies.

Sharman has been wrongly described as "selected by lottery", rather she was subjected to a rigorous selection process that gave weight to scientific, educational, and aerospace backgrounds as well as the ability to learn a foreign language. However, a lottery was one of several schemes used to raise money to underwrite the cost of the flight.

Before flying, Helen spent 18 months in intensive flight training in Star City. The Project Juno consortium failed to raise the monies expected, and the programme was almost cancelled. Reportedly Mikhail Gorbachev
Mikhail Gorbachev
Mikhail Sergeyevich Gorbachev is a former Soviet statesman, having served as General Secretary of the Communist Party of the Soviet Union from 1985 until 1991, and as the last head of state of the USSR, having served from 1988 until its dissolution in 1991...
ordered it to proceed under Soviet expense in the interests of international relations, but in the absence of Western underwriting, less expensive experiments were substituted for those in the original plans.

The Soyuz TM-12
Soyuz TM-12
-Mission highlights:12th expedition to Mir. Included first Briton in space.The Derbents welcomed aboard Mir Anatoli Artsebarski, Sergei Krikalev , and British cosmonaut-researcher Helen Sharman, who was aboard as part of Project Juno, a cooperative venture partly sponsored by British private...
mission, which included Soviet cosmonauts Anatoly Artsebarsky
Anatoly Artsebarsky
Anatoly Pavlovich Artsebarsky is a former Soviet cosmonaut.He became a cosmonaut in 1985. Artsebarsky has spent almost 5 months in space on a single spaceflight. In 1991, he flew aboard Soyuz TM-12 and docked with the Mir Space Station. Artsebarsky and Sergei Krikalev stayed aboard Mir while the...
and Sergei Krikalev
Sergei Krikalev
Sergei Konstantinovich Krikalev is a Russian cosmonaut and mechanical engineer. As a prominent rocket scientist, he has been veteran of six space flights and currently has spent more time in space than any other human being.On August 16, 2005 at 1:44 a.m...
, launched on 18 May 1991 and lasted eight days, most of that time spent at the Mir
Mir
Mir was a space station operated in low Earth orbit from 1986 to 2001, at first by the Soviet Union and then by Russia. Assembled in orbit from 1986 to 1996, Mir was the first modular space station and had a greater mass than that of any previous spacecraft, holding the record for the...
space station. Sharman's tasks included medical and agricultural tests, photographing the British Isles, and participating in an amateur radio
Amateur radio
Amateur radio is the use of designated radio frequency spectrum for purposes of private recreation, non-commercial exchange of messages, wireless experimentation, self-training, and emergency communication...
hookup with British schoolchildren. She landed aboard Soyuz TM-11
Soyuz TM-11
-Mission highlights:Soyuz TM-11 was launched the same day as STS-35.11th expedition to Mir. Toyohiro Akiyama was a reporter/space tourist for a Japanese television network....
on 26 May 1991, along with Viktor Afanasyev
Viktor M. Afanasyev
Viktor Mikhailovich Afanasyev ; born 31 December 1948) is a colonel in the Russian Air Force and a test cosmonaut of the Yu. A. Gagarin Cosmonaut Training Center. He was born December 31, 1948, in Bryansk, Russia, and is married to Yelena Ya. Afanasyeva, born 1952. They have two children. His...
and Musa Manarov.

Sharman currently works as a broadcaster and lecturer specialising in science education.

In 1991, she was chosen to light the flame at the 1991 Summer Universiade
1991 Summer Universiade
The 1991 Summer Universiade, also known as the XVI Summer Universiade, took place in Sheffield, England. In the host country it was generally referred to as the World Student Games....
, held in Sheffield. On live international television, she tripped while running through the infield
Infield
Infield is a widely used term in sports terminology, its meaning depends on the sport in which it is used.- In baseball :In baseball the baseball diamond plus a region beyond it , has both grass and dirt, in contrast to the more distant, usually grass-covered outfield...
of Don Valley Stadium
Don Valley Stadium
The Don Valley Stadium is a stadium in Sheffield, England and is the home of Rotherham United F.C.. The stadium is an athletics stadium which has hosted major UK Athletic events and the 1991 World Student Games. Sheffield Eagles RLFC and Parramore Sports FC also use the stadium. It was designed by...
, smashing the torch, but recovered its embers and went on to ceremonially ignite the flame. For her pioneering efforts, Sharman was appointed an OBE in 1993, and the same year an honorary Fellow of the Royal Society of Chemistry
Fellow of the Royal Society of Chemistry
Fellow of the Royal Society of Chemistry is awarded by the Royal Society of Chemistry in the United Kingdom. Achieving Fellow status in the chemical profession denotes to the wider community a high level of accomplishment as a professional chemist...
. The British School in Assen
Assen
Assen is a municipality and a city in the north eastern Netherlands, capital of the province of Drenthe. It received city rights in 1809. Assen's main claim to fame is the TT Circuit Assen the motorcycle racing circuit, where on the last Saturday in June the Dutch TT is run...
, Netherlands
Netherlands
The Netherlands is a constituent country of the Kingdom of the Netherlands, located mainly in North-West Europe and with several islands in the Caribbean. Mainland Netherlands borders the North Sea to the north and west, Belgium to the south, and Germany to the east, and shares maritime borders...
is named the Helen Sharman School after her. In addition there is a house named after her at Wallington High School for Girls
Wallington High School for Girls
Wallington High School for Girls is an all girls educational institution located just south of Wallington, in the London Borough of Sutton, England.-Admissions:...
, a grammar school in the London Borough of Sutton, where each house is named after a high achieving and influential woman.