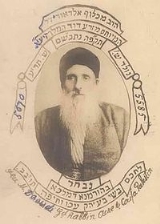 Encyclopedia
Hakham Bashi is the Turkish name for the Chief Rabbi
Chief Rabbi
Chief Rabbi is a title given in several countries to the recognized religious leader of that country's Jewish community, or to a rabbinic leader appointed by the local secular authorities...
of the nation's Jewish community
History of the Jews in Turkey
Turkish Jews The history of the Jews in the Ottoman Empire and Turkey covers the 2,400 years that Jews have lived in what is now Turkey. There have been Jewish communities in Asia Minor since at least the 5th century BCE and many Spanish and Portuguese Jews expelled from Spain were welcomed to the...
. 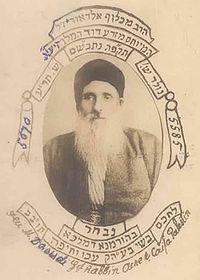 The institution of the Hakham Bashi was established by the Ottoman
Ottoman Empire
The Ottoman EmpireIt was usually referred to as the "Ottoman Empire", the "Turkish Empire", the "Ottoman Caliphate" or more commonly "Turkey" by its contemporaries...
Sultan Mehmet II, as part of the millet
Millet (Ottoman Empire)
Millet is a term for the confessional communities in the Ottoman Empire. It refers to the separate legal courts pertaining to "personal law" under which communities were allowed to rule themselves under their own system...
system for governing exceedingly diverse subjects according to their own laws and authorities wherever possible. Religion was considered a primordial aspect of a community's 'national' identity, so the term Ethnarch
Ethnarch
Ethnarch, pronounced , the anglicized form of ethnarches refers generally to political leadership over a common ethnic group or homogeneous kingdom. The word is derived from the Greek words and ....
has been applied to such religious leaders, especially the (Greek Orthodox) Ecumenical Patriarch of Constantinople (i.e. in the Sultan's imperial capital, renamed Istanbul
Istanbul
Istanbul , historically known as Byzantium and Constantinople , is the largest city of Turkey. Istanbul metropolitan province had 13.26 million people living in it as of December, 2010, which is 18% of Turkey's population and the 3rd largest metropolitan area in Europe after London and...
in 1930 but replaced by Ankara
Ankara
Ankara is the capital of Turkey and the country's second largest city after Istanbul. The city has a mean elevation of , and as of 2010 the metropolitan area in the entire Ankara Province had a population of 4.4 million....
as republican capital in 1923). As Islam
Islam
Islam . The most common are and .   : Arabic pronunciation varies regionally. The first vowel ranges from ~~. The second vowel ranges from ~~~...
was the official religion of both court and state, the Chief Mufti in Istanbul had a much higher status, even of cabinet rank.

Because of the size and nature of the Ottoman state, containing a far greater part of the diaspora
Diaspora
A diaspora is "the movement, migration, or scattering of people away from an established or ancestral homeland" or "people dispersed by whatever cause to more than one location", or "people settled far from their ancestral homelands".The word has come to refer to historical mass-dispersions of...
then any other, the position of Hakham Bashi has been compared to that of the Jewish Exilarch
Exilarch
Exilarch refers to the leaders of the Diaspora Jewish community in Babylon following the deportation of King Jeconiah and his court into Babylonian exile after the first fall of Jerusalem in 597 BCE and augmented after the further deportations following the destruction...
.

In the Ottoman Empire, and as such, the Hakham Bashi was the closest thing to an overall Exilarch
Exilarch
Exilarch refers to the leaders of the Diaspora Jewish community in Babylon following the deportation of King Jeconiah and his court into Babylonian exile after the first fall of Jerusalem in 597 BCE and augmented after the further deportations following the destruction...
al authority among Jewry everywhere in the Middle East in early modern times. They held broad powers to legislate, judge and enforce the laws among the Jews in the Ottoman Empire and often sat on the Sultan
Sultan
Sultan is a title with several historical meanings. Originally, it was an Arabic language abstract noun meaning "strength", "authority", "rulership", and "dictatorship", derived from the masdar سلطة , meaning "authority" or "power". Later, it came to be used as the title of certain rulers who...
's divan
Divan
A divan was a high governmental body in a number of Islamic states, or its chief official .-Etymology:...
.

The office also maintained considerable influence outside the Ottoman Empire, especially after the forced migration
Alhambra decree
The Alhambra Decree was an edict issued on 31 March 1492 by the joint Catholic Monarchs of Spain ordering the expulsion of Jews from the Kingdom of Spain and its territories and possessions by 31 July of that year.The edict was formally revoked on 16 December 1968, following the Second...
of numerous Jewish communities and individuals out of Spain (after the fall of Granada in 1492) and Italy.


List of individuals holding the titles of Chief Rabbi in the Ottoman Empire, Palestine and the Turkish Republic