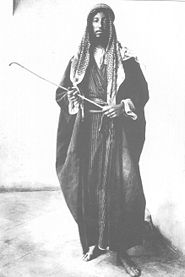 Brevet Lieut.-Colonel Gerard Evelyn Leachman CIE
Order of the Indian Empire
The Most Eminent Order of the Indian Empire is an order of chivalry founded by Queen Victoria in 1878. The Order includes members of three classes:#Knight Grand Commander #Knight Commander #Companion...
DSO
Distinguished Service Order
The Distinguished Service Order is a military decoration of the United Kingdom, and formerly of other parts of the British Commonwealth and Empire, awarded for meritorious or distinguished service by officers of the armed forces during wartime, typically in actual combat.Instituted on 6 September...
(1880 - 12 August 1920), was a British
United Kingdom
The United Kingdom of Great Britain and Northern IrelandIn the United Kingdom and Dependencies, other languages have been officially recognised as legitimate autochthonous languages under the European Charter for Regional or Minority Languages...
soldier
Soldier
A soldier is a member of the land component of national armed forces; whereas a soldier hired for service in a foreign army would be termed a mercenary...
and intelligence officer who travelled extensively in Arabia.

Leachman was commissioned into the Royal Sussex Regiment
Royal Sussex Regiment
The Royal Sussex Regiment was an infantry regiment of the British Army from 1881 to 1966. The regiment was formed as part of the Childers reforms by the amalgamation of the 35th Regiment of Foot and the 107th Regiment of Foot...
and served in India
India
India , officially the Republic of India , is a country in South Asia. It is the seventh-largest country by geographical area, the second-most populous country with over 1.2 billion people, and the most populous democracy in the world...
and in the Boer War
Second Boer War
The Second Boer War was fought from 11 October 1899 until 31 May 1902 between the British Empire and the Afrikaans-speaking Dutch settlers of two independent Boer republics, the South African Republic and the Orange Free State...
. He spent most of his career as a political officer in Mesopotamia
Mesopotamia
Mesopotamia is a toponym for the area of the Tigris–Euphrates river system, largely corresponding to modern-day Iraq, northeastern Syria, southeastern Turkey and southwestern Iran.Widely considered to be the cradle of civilization, Bronze Age Mesopotamia included Sumer and the...
, where he was instrumental in pacifying warring tribes to bring stability to the new country. Leachman also made various expeditions further south into Arabia, where he contacted Ibn Sa'ud on behalf of the British government. He travelled as a naturalist of the Royal Geographical Society
Royal Geographical Society
The Royal Geographical Society is a British learned society founded in 1830 for the advancement of geographical sciences...
, but was in fact a British agent.

With his dark, Semitic
Semitic
In linguistics and ethnology, Semitic was first used to refer to a language family of largely Middle Eastern origin, now called the Semitic languages...
looks and skill at riding a camel, Leachman was easily able to pass as Bedouin
Bedouin
The Bedouin are a part of a predominantly desert-dwelling Arab ethnic group traditionally divided into tribes or clans, known in Arabic as ..-Etymology:...
and often travelled incognito.

Leachman's first major expedition south into the Arabian Peninsula
Arabian Peninsula
The Arabian Peninsula is a land mass situated north-east of Africa. Also known as Arabia or the Arabian subcontinent, it is the world's largest peninsula and covers 3,237,500 km2...
was in 1909, during which he was involved in a ferocious battle between the Anaiza and Shammar
Shammar
The tribe of Shammar is one of the largest tribes of Nejd-Saudi Arabia, with an estimated 1 million in Iraq, over 2.5 million in Saudi Arabia , a Kuwaiti population of around 100,000, a Syrian population is thought to exceed 1 million and with an unknown number in Jordan...
tribes near Ha'il
Ha'il
Ha'il , also spelled Hail, Ha'yel, or Hayil, is an oasis city in Nejd in northwestern Saudi Arabia. It is the capital of the Ha'il Province. The city has a population of 356,876 according to Ha'il Province....
. He was awarded Macgregor Memorial medal for reconnaissance in 1910. In 1912 Leachman made a second expedition with the intention of crossing the Rub Al Khali, but was refused permission by Ibn Sa'ud when he reached Riyadh
Riyadh
Riyadh is the capital and largest city of Saudi Arabia. It is also the capital of Riyadh Province, and belongs to the historical regions of Najd and Al-Yamama. It is situated in the center of the Arabian Peninsula on a large plateau, and is home to 5,254,560 people, and the urban center of a...
and instead went to Hasa
Hasa
Hasa is a Korean military rank which is used in both the armed forces of North and South Korea. In both countries, the rank is considered the first non-commissioned officer grade and is generally considered the equivalent of a Corporal or Sergeant in western militaries....
. He was the first Briton
British people
The British are citizens of the United Kingdom, of the Isle of Man, any of the Channel Islands, or of any of the British overseas territories, and their descendants...
to be received by Ibn Sa'ud in his home city.

In December, 1915, during the Siege of Kut
Siege of Kut
The siege of Kut Al Amara , was the besieging of 8,000 strong British-Indian garrison in the town of Kut, 100 miles south of Baghdad, by the Ottoman Army. Its known also as 1st Battle of Kut. In 1915, its population was around 6,500...
, the British commanding officer, Major General Charles Townshend
Charles Vere Ferrers Townshend
Major General Sir Charles Vere Ferrers Townshend KCB, DSO was a British Indian Army officer who led the ultimately disastrous first British Expedition against Baghdad during World War I, and was later elected to Parliament....
, ordered Leachman to save the British cavalry by breaking out and riding south. This he did and the cavalry were the only British unit to escape before the fall of the city to the Ottomans.

Prior to the conclusion of the war, Leachman was assigned to the 17th Division, which was assigned the task of operating on both the left and right banks of the Tigris in an effort to advance north in order to secure as much territory from the Ottomans prior to the now inevitable surrender of the Ottoman Empire. Leachman was specifically assigned to Light Armoured Motor Brigade on the right bank of the Tigris, ostensibly with a special task to work with local tribes.

After the war, he was assigned as Political Officer for the Mosul Division within Mesopotamia, up until October, 1919. He was murdered during the 1920 insurrection by a sibling of Sheikh Dhari, from the Zoba tribe, near Fallujah
Fallujah
Fallujah is a city in the Iraqi province of Al Anbar, located roughly west of Baghdad on the Euphrates. Fallujah dates from Babylonian times and was host to important Jewish academies for many centuries....
on 12 August 1920. Leachman had visited Dhari in an effort to renegotiate repayment of advances made to him by the government and to persuade him to remain loyal to the current administration, but was shot in the back by Dhari's son aftern a verbal disagreement over a local robbery. Leachman's death sparked an immediate outbreak of tribal uprisings on the Euphrates
Euphrates
The Euphrates is the longest and one of the most historically important rivers of Western Asia. Together with the Tigris, it is one of the two defining rivers of Mesopotamia...
between Falluja and Hit, and was responsible for General Haldane's advance on the same area in September, 1920. He was buried in the British Military Cemetery in Baghdad
Baghdad
Baghdad is the capital of Iraq, as well as the coterminous Baghdad Governorate. The population of Baghdad in 2011 is approximately 7,216,040...
.

He was played by Oliver Reed
Oliver Reed
Oliver Reed was an English actor known for his burly screen presence. Reed exemplified his real-life macho image in "tough guy" roles...
in Al-Mas' Ala Al-Kubra
Al-Mas' Ala Al-Kubra
Al-Mas'ala Al-Kubra is a 1983 Iraqi movie focusing on the formation of Iraq out of Mesopotamia in the aftermath of the First World War....
(aka Clash of Loyalties), a 1983 film financed by Saddam Hussein
Saddam Hussein
Saddam Hussein Abd al-Majid al-Tikriti was the fifth President of Iraq, serving in this capacity from 16 July 1979 until 9 April 2003...
, which was nominated for the Golden Prize at the 1983 Moscow International Film Festival.