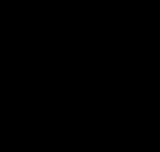 Encyclopedia
Gemcitabine is a nucleoside
Nucleoside
Nucleosides are glycosylamines consisting of a nucleobase bound to a ribose or deoxyribose sugar via a beta-glycosidic linkage...
analog used as chemotherapy
Chemotherapy
Chemotherapy is the treatment of cancer with an antineoplastic drug or with a combination of such drugs into a standardized treatment regimen....
. It is marketed as Gemzar by Eli Lilly and Company
Eli Lilly and Company
Eli Lilly and Company is a global pharmaceutical company. Eli Lilly's global headquarters is located in Indianapolis, Indiana, in the United States...
.

Chemically gemcitabine is a nucleoside
Nucleoside
Nucleosides are glycosylamines consisting of a nucleobase bound to a ribose or deoxyribose sugar via a beta-glycosidic linkage...
analog in which the hydrogen
Hydrogen
Hydrogen is the chemical element with atomic number 1. It is represented by the symbol H. With an average atomic weight of , hydrogen is the lightest and most abundant chemical element, constituting roughly 75% of the Universe's chemical elemental mass. Stars in the main sequence are mainly...
atom
Atom
The atom is a basic unit of matter that consists of a dense central nucleus surrounded by a cloud of negatively charged electrons. The atomic nucleus contains a mix of positively charged protons and electrically neutral neutrons...
s on the 2' carbon of deoxycytidine
Deoxycytidine
Deoxycytidine is a deoxyribonucleoside. It is like cytidine, but with one oxygen atom removed....
are replaced by fluorine
Fluorine
Fluorine is the chemical element with atomic number 9, represented by the symbol F. It is the lightest element of the halogen column of the periodic table and has a single stable isotope, fluorine-19. At standard pressure and temperature, fluorine is a pale yellow gas composed of diatomic...
atoms.

As with fluorouracil
Fluorouracil
Fluorouracil is a drug that is a pyrimidine analog which is used in the treatment of cancer. It is a suicide inhibitor and works through irreversible inhibition of thymidylate synthase. It belongs to the family of drugs called antimetabolites...
and other analogues of pyrimidines, the triphosphate analogue of gemcitabine replaces one of the building blocks of nucleic acids, in this case cytidine
Cytidine
Cytidine is a nucleoside molecule that is formed when cytosine is attached to a ribose ring via a β-N1-glycosidic bond...
, during DNA replication
DNA replication
DNA replication is a biological process that occurs in all living organisms and copies their DNA; it is the basis for biological inheritance. The process starts with one double-stranded DNA molecule and produces two identical copies of the molecule...
. The process arrests tumor growth, as only one additional nucleoside can be attached to the "faulty" nucleoside, resulting in apoptosis
Apoptosis
Apoptosis is the process of programmed cell death that may occur in multicellular organisms. Biochemical events lead to characteristic cell changes and death. These changes include blebbing, cell shrinkage, nuclear fragmentation, chromatin condensation, and chromosomal DNA fragmentation...
.

Gemcitabine is administered by the intravenous route, since it is extensively metabolized by the gastrointestinal tract. Dose ranges from 1-1.2 g/m2 of body surface area according to type of cancer treated.

Gemcitabine is used in various carcinoma
Carcinoma
Carcinoma is the medical term for the most common type of cancer occurring in humans. Put simply, a carcinoma is a cancer that begins in a tissue that lines the inner or outer surfaces of the body, and that generally arises from cells originating in the endodermal or ectodermal germ layer during...
s: non-small cell lung cancer
Lung cancer
Lung cancer is a disease characterized by uncontrolled cell growth in tissues of the lung. If left untreated, this growth can spread beyond the lung in a process called metastasis into nearby tissue and, eventually, into other parts of the body. Most cancers that start in lung, known as primary...
, pancreatic cancer
Pancreatic cancer
Pancreatic cancer refers to a malignant neoplasm of the pancreas. The most common type of pancreatic cancer, accounting for 95% of these tumors is adenocarcinoma, which arises within the exocrine component of the pancreas. A minority arises from the islet cells and is classified as a...
, bladder cancer
Bladder cancer
Bladder cancer is any of several types of malignant growths of the urinary bladder. It is a disease in which abnormal cells multiply without control in the bladder. The bladder is a hollow, muscular organ that stores urine; it is located in the pelvis...
and breast cancer
Breast cancer
Breast cancer is cancer originating from breast tissue, most commonly from the inner lining of milk ducts or the lobules that supply the ducts with milk. Cancers originating from ducts are known as ductal carcinomas; those originating from lobules are known as lobular carcinomas...
. It is being investigated for use in esophageal cancer
Esophageal cancer
Esophageal cancer is malignancy of the esophagus. There are various subtypes, primarily squamous cell cancer and adenocarcinoma . Squamous cell cancer arises from the cells that line the upper part of the esophagus...
, and is used experimentally in lymphoma
Lymphoma
Lymphoma is a cancer in the lymphatic cells of the immune system. Typically, lymphomas present as a solid tumor of lymphoid cells. Treatment might involve chemotherapy and in some cases radiotherapy and/or bone marrow transplantation, and can be curable depending on the histology, type, and stage...
s and various other tumor types. Gemcitabine represents an advance in pancreatic cancer care. It is also not as debilitating as some other forms of chemotherapy.

Gemcitabine became first line treatment for bladder cancer Stage 4 with metastases in combination with cisplatin after a study in 2000 with 405 patients showed similar efficacy but less toxicity compared to the former MVAC regimen. This new CG-regimen involves taking cisplatin
Cisplatin
Cisplatin, cisplatinum, or cis-diamminedichloroplatinum is a chemotherapy drug. It is used to treat various types of cancers, including sarcomas, some carcinomas , lymphomas, and germ cell tumors...
on day 2 and taking gemcitabine on days 1, 8, and 15.
In July 2006 the FDA approved gemcitabine for use with carboplatin
Carboplatin
Carboplatin, or cis-Diammineplatinum is a chemotherapy drug used against some forms of cancer...
in the treatment of advanced ovarian cancer that has relapsed at least 6 months after completion of platinum-based (e.g., carboplatin or cisplatin) therapy. Neutropenia
Neutropenia
Neutropenia, from Latin prefix neutro- and Greek suffix -πενία , is a granulocyte disorder characterized by an abnormally low number of neutrophils, the most important type of white blood cell...
was the most commonly reported adverse effect (90% of patients). Other serious adverse effects were mostly hematologic. Gemcitabine was recently also investigated for advanced cancer of the biliary tract and gallbladder and was found to have a modest effect on the tumor when combined with cisplatin (NEJM 2010).

GemCarbo chemotherapy, consisting of a combination of gemcitabine and carboplatin
Carboplatin
Carboplatin, or cis-Diammineplatinum is a chemotherapy drug used against some forms of cancer...
, is used to treat several different types of cancer, but is most commonly used to treat lung cancer
Lung cancer
Lung cancer is a disease characterized by uncontrolled cell growth in tissues of the lung. If left untreated, this growth can spread beyond the lung in a process called metastasis into nearby tissue and, eventually, into other parts of the body. Most cancers that start in lung, known as primary...
. GemCarbo chemotherapy is usually given as a day patient treatment, involving a blood test the day before, and the drugs are given by an infusion. The GemCarbo regimen is given as a 21-day cycle and on the first day of treatment the patient is given both the gemcitabine and carboplatin. On the same day of the following week (day eight) there is a drip of gemcitabine only. There then follows a rest period of two weeks which completes one cycle of chemotherapy. The next cycle of treatment is given after a rest period, which will be three weeks after the first injection. Usually 4–6 cycles of treatment are given over a period of 3–4 months and this makes up a course of treatment.

The following side effects are common (occurring in more than 30%) for patients taking Gemcitabine:


Low blood counts. White and red blood cells and platelets may temporarily decrease, increasing risk of infection, anemia
Anemia
Anemia is a decrease in number of red blood cells or less than the normal quantity of hemoglobin in the blood. However, it can include decreased oxygen-binding ability of each hemoglobin molecule due to deformity or lack in numerical development as in some other types of hemoglobin...
, and bleeding.

Nadir (low point), the time between chemotherapy cycles at which blood counts are at their lowest.

Temporary increases in liver enzymes.
Blood or protein in the urine.

These are less common side effects (occurring in 10-29%) for patients receiving Gemcitabine:

Gemcitabine was first synthesized in Larry Hertel's lab at Eli Lilly
Eli Lilly
Eli Lilly was the founder of Eli Lilly and Company.Eli Lilly may also refer to:* Eli Lilly and Company, a global pharmaceutical company...
during the early 1980s. It was intended as an antiviral
Antiviral
Antiviral may refer to:*Antiviral drug*Antiviral protein*Antivirus software*Antiviral Therapy, an academic journal...
drug, but preclinical testing showed that it killed leukemia cells in vitro.