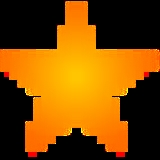 Encyclopedia
The Eredivisie (ˈeːrə.di.ˌvi.zi; Honorary Division) is the highest football league in the Netherlands
Netherlands
The Netherlands is a constituent country of the Kingdom of the Netherlands, located mainly in North-West Europe and with several islands in the Caribbean. Mainland Netherlands borders the North Sea to the north and west, Belgium to the south, and Germany to the east, and shares maritime borders...
. The league was founded in 1956 two years after the start of professional football in the Netherlands. It is currently ranked the ninth best league in Europe by UEFA
UEFA
The Union of European Football Associations , almost always referred to by its acronym UEFA is the administrative and controlling body for European association football, futsal and beach soccer....
.

The winner of the Eredivisie claims the Dutch national championship
Netherlands Football League Championship
The Netherlands Football League Championship is a Dutch national football championship that began in 1888. The Royal Netherlands Football Association has awarded the championship since 1898. Until 1954, Dutch football was an amateur competition...
. AFC Ajax has won the most titles, 22 (30 national titles). PSV Eindhoven is next with 18 (21), and Feyenoord follows with 9 (14). Since 1965, these three clubs have won all except for three titles (the 1981 and 2009 titles went to AZ and FC Twente
FC Twente
FC Twente is a Dutch professional football club from the city of Enschede, playing in the Eredivisie. The club was formed in 1965 by the merger of 1926 Eredivisie Champions, Sportclub Enschede and Enschedese Boys...
won the 2010 title).


By town or city

Since the beginning of the league, there have been three clubs with an attendance much higher than the others: Ajax, PSV and Feyenoord. Clubs like Heerenveen, FC Twente
FC Twente
FC Twente is a Dutch professional football club from the city of Enschede, playing in the Eredivisie. The club was formed in 1965 by the merger of 1926 Eredivisie Champions, Sportclub Enschede and Enschedese Boys...
and FC Groningen also have fairly large fanbases. The regular season average league attendance was just over 7,000 in 1990, but this figure has risen sharply over the years thanks to the opening of new stadiums and the expansion of existing ones nationwide. Average attendance for the 2008–09 season was 19,827, with AFC Ajax having the largest (49,014) and FC Volendam
FC Volendam
Football Club Volendam is a Dutch football club based in Volendam, North Holland, Edam-Volendam. Founded on June 1, 1977, as a result of a split up with RKSV . It currently plays in the Eerste Divisie, holding home games at Kras Stadion, with a 6,260-seat capacity.-History:Football Club Volendam...
having the smallest (5,460). Ajax' figures however differ from those provided by the Amsterdam ArenA
Amsterdam ArenA
Amsterdam Arena is a stadium in Amsterdam, Netherlands. It is the largest stadium in the nation and it was built from 1993 to 1996 at a cost of €140 million, and was officially opened on 14 August 1996. It has been used for association football, American football, concerts, and other events...
since the club counts all tickets sold instead of the number of people going through the turnstiles.


All-time ranking (since the introduction of the Eredivisie in 1956)


Foreign players who have played in Eredivisie

The following sixteen international tournaments were won by Eredivisie teams:


The European Super Cup
European Super Cup
The UEFA Super Cup is an annual football game between the reigning champions of the two cup competitions organized by UEFA: the UEFA Champions League and the UEFA Europa League...
was founded by a Dutch reporter named Anton Witkamp and Ajax's 1973 win was the first time the tournament was contested officially.

The following 24 European finals took place at Dutch venues, or are scheduled to take place at them: