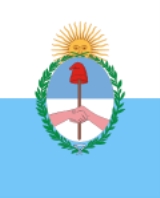 Encyclopedia
The Crossing of the Andes was one of the most important feats in the Argentine
Argentine War of Independence
The Argentine War of Independence was fought from 1810 to 1818 by Argentine patriotic forces under Manuel Belgrano, Juan José Castelli and José de San Martín against royalist forces loyal to the Spanish crown...
and Chilean wars of independence, in which a combined army
Army of the Andes
The Army of the Andes was a military force created by the United Provinces of the Río de la Plata and mustered by general José de San Martín in his campaign to free Chile from the Spanish Empire...
of Argentine
Argentina
Argentina , officially the Argentine Republic , is the second largest country in South America by land area, after Brazil. It is constituted as a federation of 23 provinces and an autonomous city, Buenos Aires...
soldiers and Chilean exiles invaded Chile
Chile
Chile ,officially the Republic of Chile , is a country in South America occupying a long, narrow coastal strip between the Andes mountains to the east and the Pacific Ocean to the west. It borders Peru to the north, Bolivia to the northeast, Argentina to the east, and the Drake Passage in the far...
leading to Chile's liberation from Spanish
Spanish Empire
The Spanish Empire comprised territories and colonies administered directly by Spain in Europe, in America, Africa, Asia and Oceania. It originated during the Age of Exploration and was therefore one of the first global empires. At the time of Habsburgs, Spain reached the peak of its world power....
rule. The crossing of the Andes was a major step in the strategy devised by José de San Martín
José de San Martín
José Francisco de San Martín, known simply as Don José de San Martín , was an Argentine general and the prime leader of the southern part of South America's successful struggle for independence from Spain.Born in Yapeyú, Corrientes , he left his mother country at the...
to defeat the royalist forces at their stronghold of Lima
Lima
Lima is the capital and the largest city of Peru. It is located in the valleys of the Chillón, Rímac and Lurín rivers, in the central part of the country, on a desert coast overlooking the Pacific Ocean. Together with the seaport of Callao, it forms a contiguous urban area known as the Lima...
, Viceroyalty of Perú
Viceroyalty of Peru
Created in 1542, the Viceroyalty of Peru was a Spanish colonial administrative district that originally contained most of Spanish-ruled South America, governed from the capital of Lima...
, and secure the Spanish American independence movements.

Setting out from Mendoza
Mendoza, Argentina
Mendoza is the capital city of Mendoza Province, in Argentina. It is located in the northern-central part of the province, in a region of foothills and high plains, on the eastern side of the Andes. As of the , Mendoza's population was 110,993...
(then part of the Province of Cuyo
Province of Cuyo
The Province of Cuyo was a historical Province of Argentina. Created on 14 November 1813 by a decree issued by the Second Triumvirate, it had its capital on Mendoza, and was composed by the territories of the present Argentine Provinces of Mendoza, San Juan and San Luis.The region was part of Chile...
) in January 1817, their goal was to enter Chile without being noticed, through unexpected paths, so as to attack the royalist forces by surprise. The ultimate objective was the liberation of Chile from Spanish rule with Argentine forces. Led by José de San Martín
José de San Martín
José Francisco de San Martín, known simply as Don José de San Martín , was an Argentine general and the prime leader of the southern part of South America's successful struggle for independence from Spain.Born in Yapeyú, Corrientes , he left his mother country at the...
, the crossing took twenty-one days.

The idea of crossing the Andes was already developed by lodges seeking the independence of South America, and was part of the Maitland Plan
Maitland Plan
Maitland Plan , refers to a plan created by Scottish Major General Thomas Maitland in 1800. The plan was titled Plan to capture Buenos Aires and Chile, and then emancipate Peru and Quito...
designed by Thomas Maitland. San Martín learned of it during his brief time in Britain, before sailing to South America. After becoming aware of the difficulty of attacking the royalist stronghold of Lima across the Upper Peru
Upper Peru
Upper Peru was the region in the Viceroyalty of Peru, and after 1776, the Viceroyalty of the Río de la Plata, comprising the governorships of Potosí, La Paz, Cochabamba, Los Chiquitos, Moxos and Charcas...
, he decided to proceed with such plan.

The Captaincy General of Chile had removed their governor in 1810, and replaced him with the First Government Junta
Government Junta of Chile (1810)
Government Junta of the Kingdom of Chile , also known as the First Government Junta, was the organ established to rule Chile following the deposition and imprisonment of King Ferdinand VII by Napoleon Bonaparte...
, starting a period of Chilean history known as Patria Vieja
Patria Vieja
Patria Vieja refers to a time period in the History of Chile occurring between the First Junta of the Government and the Disaster of Rancagua . This period was characterized by the transformation from a movement of temporary autonomy to one of total independence...
. However, they would be defeated in 1814 during the battle of Rancagua, and with the Reconquista Chile would become again a royalist stronghold. Bernardo O'Higgins
Bernardo O'Higgins
Bernardo O'Higgins Riquelme was a Chilean independence leader who, together with José de San Martín, freed Chile from Spanish rule in the Chilean War of Independence. Although he was the second Supreme Director of Chile , he is considered one of Chile's founding fathers, as he was the first holder...
and other Chilean leaders had fled to Mendoza during the new royalist government, which led to O'Higgins being part of the Army of the Andes as well as the Argentine soldiers.

The city of Mendoza, during this time frame, became a factoring headquarters during the pre-crossing. The citizens of Mendoza assisted their troops by manufacturing gunpowder and ammunition. They also learned to make cannons.

The main food of the army was a regional meal called valdiviano. It was prepared with dry meat or charqui
Charqui
Charqui or charque, is a form of jerky common in South America made from dried and salted meat, originally llama where this animal roamed, nowadays mostly beef. Llama is still widely used in Bolivia. This curing was done so the meat could be stored for a long period. This was a very popular way to...
, sliced raw onion, and boiling water. They had designated soldiers who carried the food. These soldiers transported forty tons of charqui, maize
Maize
Maize known in many English-speaking countries as corn or mielie/mealie, is a grain domesticated by indigenous peoples in Mesoamerica in prehistoric times. The leafy stalk produces ears which contain seeds called kernels. Though technically a grain, maize kernels are used in cooking as a vegetable...
cakes, meat, brandy
Brandy
Brandy is a spirit produced by distilling wine. Brandy generally contains 35%–60% alcohol by volume and is typically taken as an after-dinner drink...
(to counter the nighttime cold), garlic and onion (to deal with the lack of appetite), more than 4,000 cattle for the rest of the campaign, cheese and rum.

On the morning of January 19, 1817, San Martin and his army set out from their base camp El Plumerillo and began their journey across the Andes Mountain range. San Martin crossed with 4,000 men, only to end up losing 1/3 of them. It was a devastating blow to the troop.
The number of auxiliaries reached 1,200.

For the crossing, San Martin split his army into two divisions: The main division, which traveled through the pass of Los Patos, was led by San Martin, Miguel Estanislao, and Bernardo O’Higgins. The secondary troop, which traveled through the more southern Uspallata
Uspallata Pass
The Uspallata Pass or Bermejo Pass is an Andean pass which provides a route between the wine-growing region around the Argentine city of Mendoza, the Chilean city Los Andes and Santiago the Chilean capital situated in the central Chilean valley...
, was led by Juan Gregorio de Las Heras
Juan Gregorio de las Heras
Grand Marshal Juan Gregorio de Las Heras was an Argentine soldier who took part in the Spanish American wars of independence and was also a governor of the province of Buenos Aires.-Biography:...
.


Coming to an End

On February 13, 1817, San Martín, O’Higgins, and their army successfully entered Santiago, Chile
Santiago, Chile
Santiago , also known as Santiago de Chile, is the capital and largest city of Chile, and the center of its largest conurbation . It is located in the country's central valley, at an elevation of above mean sea level...
, after crossing 500 kilometers of mountain range, and the journey came to an end. The royalist forces, by this time, had advanced north to avoid San Martín's army, but a royalist leader had stayed behind with 1,500 men to advance at a valley called Chacabuco, which was located near Santiago. Thus, the Battle of Chacabuco
Battle of Chacabuco
The Battle of Chacabuco, fought during the Chilean War of Independence, occurred on February 12, 1817. The Army of the Andes of the United Provinces of the Río de la Plata led by General Captain José de San Martín defeated the Spanish force led by Rafael Maroto...
began.

On 2010 the Argentine
Argentine Army
The Argentine Army is the land armed force branch of the Armed Forces of the Argentine Republic and the senior military service of the country.- History :...
and Chilean
Chilean Army
The Chilean Army is the land arm of the Military of Chile. This 45,000-person army is organized into seven divisions, a special operations brigade and an air brigade....
armies recreated the crossing during the conmemorations of the 200 years of Independence