Encyclopedia
Creuse is a department in central France named after the Creuse River
Creuse River
The Creuse is a 264 km long river in western France, a tributary of the river Vienne. Its source is in the Plateau de Millevaches, a north-western extension of the Massif Central...
. 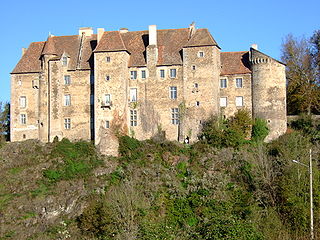 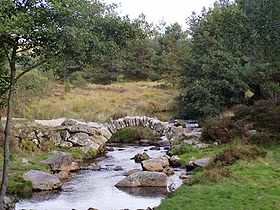 Creuse is one of the original 83 departments created during the French Revolution
French Revolution
The French Revolution , sometimes distinguished as the 'Great French Revolution' , was a period of radical social and political upheaval in France and Europe. The absolute monarchy that had ruled France for centuries collapsed in three years...
on 4 March 1790. It was created from the former province
Provinces of France
The Kingdom of France was organised into provinces until March 4, 1790, when the establishment of the département system superseded provinces. The provinces of France were roughly equivalent to the historic counties of England...
of La Marche
County of Marche
The County of Marche was a medieval French county, approximately corresponding to the modern département of Creuse.Marche first appeared as a separate fief about the middle of the 10th century, when William III, Duke of Aquitaine, gave it to one of his vassals named Boso, who took the title of...
.

The County of Marche was a medieval French county
France in the Middle Ages
France in the Middle Ages covers an area roughly corresponding to modern day France, from the death of Louis the Pious in 840 to the middle of the 15th century...
, approximately corresponding to the modern département of Creuse. Marche first appeared as a separate fief about the middle of the 10th century, when William III, Duke of Aquitaine, gave it to one of his vassals named Boso, who took the title of count. In the 12th century, the countship passed to the family of Lusignan
Lusignan
The Lusignan family originated in Poitou near Lusignan in western France in the early 10th century. By the end of the 11th century, they had risen to become the most prominent petty lords in the region from their castle at Lusignan...
. They also were sometimes counts of Angoulême
Counts and dukes of Angoulême
Angoulême in western France was part of the Carolingian Empire as the kingdom of Aquitaine. Under Charlemagne's successors, the local Count of Angoulême was independent and was not united with the French crown until 1307. By the terms of the Treaty of Brétigny the Angoumois, then ruled by the...
and counts of Limousin
Limousin (province)
Limousin is one of the traditional provinces of France around the city of Limoges. Limousin lies in the foothills of the western edge of the Massif Central, with cold weather in the winter...
. With the death of the childless Count Guy in 1308, his possessions in La Marche were seized by Philip IV of France
Philip IV of France
Philip the Fair was, as Philip IV, King of France from 1285 until his death. He was the husband of Joan I of Navarre, by virtue of which he was, as Philip I, King of Navarre and Count of Champagne from 1284 to 1305.-Youth:A member of the House of Capet, Philip was born at the Palace of...
. In 1316 the king made La Marche an appanage
Appanage
An apanage or appanage or is the grant of an estate, titles, offices, or other things of value to the younger male children of a sovereign, who would otherwise have no inheritance under the system of primogeniture...
for his youngest son the Prince, afterwards Charles IV
Charles IV of France
Charles IV, known as the Fair , was the King of France and of Navarre and Count of Champagne from 1322 to his death: he was the last French king of the senior Capetian lineage....
. Several years later in 1327, La Marche passed into the hands of the House of Bourbon
House of Bourbon
The House of Bourbon is a European royal house, a branch of the Capetian dynasty . Bourbon kings first ruled Navarre and France in the 16th century. By the 18th century, members of the Bourbon dynasty also held thrones in Spain, Naples, Sicily, and Parma...
. The family of Armagnac
House of Armagnac
The House of Armagnac, at the end of the thirteenth century, was not yet powerful enough to play a political role beyond its possessions. The House of Toulouse, which ruled over the large southwest of France, was defeated by the Capetians during the Albigensian Crusade, but local dynasties, like...
held it from 1435 to 1477, when it reverted to the Bourbons. In 1527 La Marche was seized by Francis I
Francis I of France
Francis I was King of France from 1515 until his death. During his reign, huge cultural changes took place in France and he has been called France's original Renaissance monarch...
and became part of the domains of the French crown. It was divided into Haute Marche and Basse Marche, the estates of the former continuing until the 17th century. From 1470 until the Revolution, the province was under the jurisdiction of the parlement of Paris.

In 1886 Bourganeuf ville lumière, located in a remote part of Creuse, became somewhat improbably the third town in France to receive a public electricity supply. Three years later, in 1889, the construction of a primitive hydro-electric factory at Cascade of the Jarrauds (Cascade des Jarrauds) on the little River Maulde at Saint-Martin-Château
Saint-Martin-Château
Saint-Martin-Château is a commune in the Creuse department in central France.-Population:-References:*...
, 14 kilometres (8.7 mi) away, established a more reliable electricity supply for the little town. The creation of a power line from the plant to Bourganeuf was supervised by a pioneering engineer called Marcel Deprez: this was the first time that a power line over such a long distance had been constructed in France. The achievement was crowned with the region's first telephone line, installed in order to permit instant communication between the generating station and the newly illuminated town.

It is in the Massif Central
Massif Central
The Massif Central is an elevated region in south-central France, consisting of mountains and plateaux....
and permeated by the Creuse River
Creuse River
The Creuse is a 264 km long river in western France, a tributary of the river Vienne. Its source is in the Plateau de Millevaches, a north-western extension of the Massif Central...
and its tributaries. The river is dammed at several locations both for water supply and hydroelectricity
Hydroelectricity
Hydroelectricity is the term referring to electricity generated by hydropower; the production of electrical power through the use of the gravitational force of falling or flowing water. It is the most widely used form of renewable energy...
generation. As is typical for an inland area of continental Europe, Creuse has relatively cold winters with some snowfall into April, but also hot summers. Rain falls throughout the year because of the relatively high elevation.

The topography is principally rolling hills intersected by often steep valleys. The terrestrial ecology is typically cool temperate
Temperate
In geography, temperate or tepid latitudes of the globe lie between the tropics and the polar circles. The changes in these regions between summer and winter are generally relatively moderate, rather than extreme hot or cold...
with a species mix common in the western UK: with oak
Oak
An oak is a tree or shrub in the genus Quercus , of which about 600 species exist. "Oak" may also appear in the names of species in related genera, notably Lithocarpus...
, ash
Ash tree
Fraxinus is a genus flowering plants in the olive and lilac family, Oleaceae. It contains 45-65 species of usually medium to large trees, mostly deciduous though a few subtropical species are evergreen. The tree's common English name, ash, goes back to the Old English æsc, while the generic name...
, chestnut
Chestnut
Chestnut , some species called chinkapin or chinquapin, is a genus of eight or nine species of deciduous trees and shrubs in the beech family Fagaceae, native to temperate regions of the Northern Hemisphere. The name also refers to the edible nuts they produce.-Species:The chestnut belongs to the...
, hazel
Hazel
The hazels are a genus of deciduous trees and large shrubs native to the temperate northern hemisphere. The genus is usually placed in the birch family Betulaceae, though some botanists split the hazels into a separate family Corylaceae.They have simple, rounded leaves with double-serrate margins...
and Prunus
Prunus
Prunus is a genus of trees and shrubs, which includes the plums, cherries, peaches, apricots and almonds. There are around 430 species spread throughout the northern temperate regions of the globe. Many members of the genus are widely cultivated for fruit and ornament.-Botany:Members of the genus...
species dominating the woodlands. There are no commercial vineyard
Vineyard
A vineyard is a plantation of grape-bearing vines, grown mainly for winemaking, but also raisins, table grapes and non-alcoholic grape juice...
s. Much of the farming is beef cattle: Charolais
Charolais cattle
Charolais cattle are a beef breed of cattle which originated in Charolais, around Charolles, in France. They are raised for their meat and are known for their composite qualities when crossed with other breeds, most notably Angus and Hereford cattle...
and Limousin
Limousin (cattle)
Limousin cattle are a breed of highly muscled beef cattle originating from the Limousin and Marche regions of France. The breed is known as Limousine in France. Limousins were first exported from France in significant numbers in the 1960s and are now present in about 70 countries...
, and also sheep.

The inhabitants of the department are called Creusois.

The population peaked at 287,075 in 1851, after which it declined gently until the First World War. During and after the war, the decline in population became much more rapid both because of the death and disruption that characterised the war years and because of the higher wages available to any workers with marketable skills in the economically more dynamic towns and cities outside Creuse. By 1921 the registered population had slumped by almost 38,000 (approximately 14%) in ten years to 228,244, and the decline continued throughout the twentieth century.

Over the last four decades of the twentieth century Creuse experienced the greatest proportional population decline of any French department, from 164,000 in 1960 to 124,000 in 1999 – a decrease of 24%.

A historically rich and traditionally rural rather lighly-populated area with beautiful preserved landscapes, ancient and typical art de vivre, original stone architecture, no major urban center and many heritage site such as castles, abbeys and Celtic stone monuments
Dolmen
A dolmen—also known as a portal tomb, portal grave, dolmain , cromlech , anta , Hünengrab/Hünenbett , Adamra , Ispun , Hunebed , dös , goindol or quoit—is a type of single-chamber megalithic tomb, usually consisting of...
: the Creuse department has become a Green tourism destination since the late 1990s. Creuse enjoyed a temperate climate with mild springs and autumns, rather cold and snowy but sunny winters, and relatively warm and sunny summers, but not as hot as in the southern parts of France. Thanks to its preserved forested landscape, little pollution and wonderful stone buildings, many foreigners (notably British and Dutch, but also German and Belgian) have sought to buy holiday homes in Creuse.