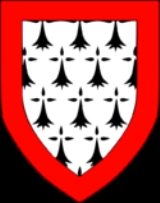 Encyclopedia
Limousin is one of the traditional provinces of France
Provinces of France
The Kingdom of France was organised into provinces until March 4, 1790, when the establishment of the département system superseded provinces. The provinces of France were roughly equivalent to the historic counties of England...
around the city of Limoges
Limoges
Limoges |Limousin]] dialect of Occitan) is a city and commune, the capital of the Haute-Vienne department and the administrative capital of the Limousin région in west-central France....
. Limousin lies in the foothills of the western edge of the Massif Central
Massif Central
The Massif Central is an elevated region in south-central France, consisting of mountains and plateaux....
, with cold weather in the winter. Its name is derived from the name of a Celt
Celt
The Celts were a diverse group of tribal societies in Iron Age and Roman-era Europe who spoke Celtic languages.The earliest archaeological culture commonly accepted as Celtic, or rather Proto-Celtic, was the central European Hallstatt culture , named for the rich grave finds in Hallstatt, Austria....
ic tribe, the Lemovices
Lemovices
The Lemovices were a Gaulish tribe of Central Europe who established themselves in Limousin and Poitou between 700 and 400 BC. Their capital was Durotincum and in the era of Roman occupation, it was Augustoritum...
.

The limousine
Limousine
A limousine is a luxury sedan or saloon car, especially one with a lengthened wheelbase or driven by a chauffeur. The chassis of a limousine may have been extended by the manufacturer or by an independent coachbuilder. These are called "stretch" limousines and are traditionally black or white....
car is named after the region because the inhabitants wore a hood with a profile perceived to be similar to that of the car.

Perhaps due to its rural character, Limousin has maintained a strong tradition of traditional music
Music of Limousin
The best known musician from the Occitan region of Limousin is probably the piper Eric Montbel, a former member of such legendary bands as Lo Jai, Le Grand Rouge, and Ulysse; he plays the chabreta, or Limousin bagpipe. Along with him and other pipers, the region is known for Corrèze's distinct...
, with ancient instruments such as the bagpipe (called chabrette, Chabreta in occitan) and hurdy-gurdy remaining popular.http://www.crmtl.fr/spip.php?article21http://www.mustradlib.net/cornemuses_en.php

Until the 1970s, Occitan was the predominant home language spoken in rural parts of the region.

There are several different dialects of Occitan in Limousin:

The Limousin dialect is spoken in Dordogne
Dordogne
Dordogne is a départment in south-west France. The départment is located in the region of Aquitaine, between the Loire valley and the High Pyrénées named after the great river Dordogne that runs through it...
(in the région of Aquitaine
Aquitaine
Aquitaine , archaic Guyenne/Guienne , is one of the 27 regions of France, in the south-western part of metropolitan France, along the Atlantic Ocean and the Pyrenees mountain range on the border with Spain. It comprises the 5 departments of Dordogne, :Lot et Garonne, :Pyrénées-Atlantiques, Landes...
) as well as in Limousin. It has been associated with a culture: that of the troubadours, chevaliers of refined love. Many medieval writers came from what are now the departments of Corrèze and Dordogne. This culture declined after the Ordinance of Villers-Cotterêts
Ordinance of Villers-Cotterêts
The Ordinance of Villers-Cotterêts is an extensive piece of reform legislation signed into law by Francis I of France on August 10, 1539 in the city of Villers-Cotterêts....
(1539) which made French the sole official language in the territory of the king of France, whether its people spoke a dialect of French (langues d'oïl
Langues d'oïl
The langues d'oïl or langues d'oui , in English the Oïl or Oui languages, are a dialect continuum that includes standard French and its closest autochthonous relatives spoken today in the northern half of France, southern Belgium, and the Channel Islands...
) or Occitan (Lenga d'oc).