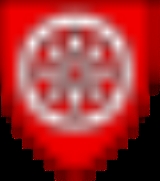 The first documentary evidence of what is now the town of Rieneck surfaces in AD 790. Rieneck gained its name from the Counts of Rieneck, who founded the line of Burgraves of Gerhart at the end of the 11th century from the Vogt
Vogt
A Vogt ; plural Vögte; Dutch voogd; Danish foged; ; ultimately from Latin [ad]vocatus) in the Holy Roman Empire was the German title of a reeve or advocate, an overlord exerting guardianship or military protection as well as secular justice...
ei over the Archbishopric of Mainz
Archbishopric of Mainz
The Archbishopric of Mainz or Electorate of Mainz was an influential ecclesiastic and secular prince-bishopric in the Holy Roman Empire between 780–82 and 1802. In the Roman Catholic Church hierarchy, the Archbishop of Mainz was the primas Germaniae, the substitute of the Pope north of the Alps...
between Neustadt am Main
Neustadt am Main
Neustadt am Main is a community in the Main-Spessart district in the Regierungsbezirk of Lower Franconia in Bavaria, Germany and a member of the Verwaltungsgemeinschaft of Lohr am Main.- Location :Neustadt am Main lies in the Würzburg Region.The community has the following Gemarkungen...
, Lohr am Main and Karlstadt am Main
Karlstadt am Main
Karlstadt is a town in the Main-Spessart district in the Regierungsbezirk of Lower Franconia in Bavaria, Germany. It is the Main-Spessart district seat ....
. The family line died out with Gerhard I in 1108. His only daughter married Arnold, Count of Loon (1101–39), inheriting Rienecker territory and, around 1156/7 by Ludwig I, Count of Loon, the family name, possibly as a result of an unsuccessful claim to the Rhineland castle Burg Rhieneck. As soon as the name was acquired, his family built the castle on the banks of the river Sinn. With the 1168 expansion of the castle, Ludwig I chose Burg Rieneck as his court.

When, in 1333, the male comital line died out, the Bishopric of Würzburg tried to acquire the Lordship. After the 1366 death of Johann von Rienecks, the Archbishopric of Mainz claimed feudal
Feudalism
Feudalism was a set of legal and military customs in medieval Europe that flourished between the 9th and 15th centuries, which, broadly defined, was a system for ordering society around relationships derived from the holding of land in exchange for service or labour.Although derived from the...
sovereignty
Sovereignty
Sovereignty is the quality of having supreme, independent authority over a geographic area, such as a territory. It can be found in a power to rule and make law that rests on a political fact for which no purely legal explanation can be provided...
over the whole county, a claim reaffirmed after the 1408 death of Count Louis XI.

In 1544, the Protestant Reformation
Protestant Reformation
The Protestant Reformation was a 16th-century split within Western Christianity initiated by Martin Luther, John Calvin and other early Protestants. The efforts of the self-described "reformers", who objected to the doctrines, rituals and ecclesiastical structure of the Roman Catholic Church, led...
was introduced to the county by the Schaffhauser
Schaffhausen
Schaffhausen is a city in northern Switzerland and the capital of the canton of the same name; it has an estimated population of 34,587 ....
Johann Konrad Ulmer. The comital line died out again with Philip III on 3 September 1559, reigniting the feud over the succession between the sees of Mainz and Würzburg; Lohr became the administrative seat of the Lordship of Rieneck under the Archbishop-Elector of Mainz.

In 1673, the county was purchased by Johann Hartwig, Count of Nostitz. The Great French War and the Napoleonic abolition of the Empire
Holy Roman Empire
The Holy Roman Empire was a realm that existed from 962 to 1806 in Central Europe.It was ruled by the Holy Roman Emperor. Its character changed during the Middle Ages and the Early Modern period, when the power of the emperor gradually weakened in favour of the princes...
led to the county being mediatised
German Mediatisation
The German Mediatisation was the series of mediatisations and secularisations that occurred in Germany between 1795 and 1814, during the latter part of the era of the French Revolution and then the Napoleonic Era....
to the Principality of Aschaffenburg
Principality of Aschaffenburg
The Principality of Aschaffenburg was a principality of the Holy Roman Empire and the Confederation of the Rhine from 1803–10. Its capital was Aschaffenburg....
in 1806. In 1815, the county — then a part of the Grand Duchy of Frankfurt
Grand Duchy of Frankfurt
The Grand Duchy of Frankfurt was a German satellite state of Napoleonic creation. It came into existence in 1810 through the combination of the former territories of the Archbishops of Mainz along with the Free Imperial City of Frankfurt itself....
— was granted to the Kingdom of Bavaria
Kingdom of Bavaria
The Kingdom of Bavaria was a German state that existed from 1806 to 1918. The Bavarian Elector Maximilian IV Joseph of the House of Wittelsbach became the first King of Bavaria in 1806 as Maximilian I Joseph. The monarchy would remain held by the Wittelsbachs until the kingdom's dissolution in 1918...
.
The source of this article is wikipedia, the free encyclopedia.  The text of this article is licensed under the GFDL.