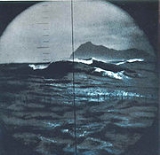 Overview
Cape Horn is the southernmost headland
Headlands and bays
Headlands and bays are two related features of the coastal environment.- Geology and geography :Headlands and bays are often found on the same coastline. A bay is surrounded by land on three sides, whereas a headland is surrounded by water on three sides. Headlands are characterized by high,...
of the Tierra del Fuego
Tierra del Fuego
Tierra del Fuego is an archipelago off the southernmost tip of the South American mainland, across the Strait of Magellan. The archipelago consists of a main island Isla Grande de Tierra del Fuego divided between Chile and Argentina with an area of , and a group of smaller islands including Cape...
archipelago
Archipelago
An archipelago , sometimes called an island group, is a chain or cluster of islands. The word archipelago is derived from the Greek ἄρχι- – arkhi- and πέλαγος – pélagos through the Italian arcipelago...
of southern Chile
Chile
Chile ,officially the Republic of Chile , is a country in South America occupying a long, narrow coastal strip between the Andes mountains to the east and the Pacific Ocean to the west. It borders Peru to the north, Bolivia to the northeast, Argentina to the east, and the Drake Passage in the far...
, and is located on the small Hornos Island
Hornos Island
Hornos Island is a Chilean island at the southern tip of South America. The island is mostly known for being the location of Cape Horn. It is generally considered South America's southernmost island, but the Diego Ramírez Islands are farther south...
. Although not the most southerly point of South America
South America
South America is a continent situated in the Western Hemisphere, mostly in the Southern Hemisphere, with a relatively small portion in the Northern Hemisphere. The continent is also considered a subcontinent of the Americas. It is bordered on the west by the Pacific Ocean and on the north and east...
, (which are the Diego Ramírez Islands
Diego Ramírez Islands
The Diego Ramírez Islands are a small group of lesser islands located in the southernmost extreme of Chile about south-west of Cape Horn and south-south-east of Ildefonso Islands, stretching north-south . Their land area is little more than...
) Cape Horn marks the northern boundary of the Drake Passage
Drake Passage
The Drake Passage or Mar de Hoces—Sea of Hoces—is the body of water between the southern tip of South America at Cape Horn, Chile and the South Shetland Islands of Antarctica...
; for many years it was a major milestone on the clipper route
Clipper route
In sailing, the clipper route was the traditional route sailed by clipper ships between Europe and the Far East, Australia and New Zealand. The route ran from west to east through the Southern Ocean, in order to make use of the strong westerly winds of the Roaring Forties...
, by which sailing ship
Sailing ship
The term sailing ship is now used to refer to any large wind-powered vessel. In technical terms, a ship was a sailing vessel with a specific rig of at least three masts, square rigged on all of them, making the sailing adjective redundant. In popular usage "ship" became associated with all large...
s carried trade around the world. However, the waters around the Cape are particularly hazardous, owing to strong winds, large waves, strong currents and iceberg
Iceberg
An iceberg is a large piece of ice from freshwater that has broken off from a snow-formed glacier or ice shelf and is floating in open water. It may subsequently become frozen into pack ice...
s; these dangers have made it notorious as a sailors' graveyard.

The need for ships to round the Cape Horn was greatly reduced by the opening of the Panama Canal
Panama Canal
The Panama Canal is a ship canal in Panama that joins the Atlantic Ocean and the Pacific Ocean and is a key conduit for international maritime trade. Built from 1904 to 1914, the canal has seen annual traffic rise from about 1,000 ships early on to 14,702 vessels measuring a total of 309.6...
in 1914.

What is the size of Cape Horn in acres?

I have heard recently that while cape horn boasts the more ferocious storms, the cape of good hope is considered to be a more perilous challenge for s...
More
x