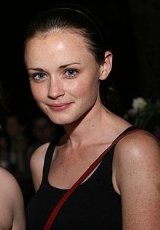 Encyclopedia
Argentine Americans are citizens and residents of the United States
United States
The United States of America is a federal constitutional republic comprising fifty states and a federal district...
whose origins are in the South America
South America
South America is a continent situated in the Western Hemisphere, mostly in the Southern Hemisphere, with a relatively small portion in the Northern Hemisphere. The continent is also considered a subcontinent of the Americas. It is bordered on the west by the Pacific Ocean and on the north and east...
n nation of Argentina
Argentina
Argentina , officially the Argentine Republic , is the second largest country in South America by land area, after Brazil. It is constituted as a federation of 23 provinces and an autonomous city, Buenos Aires...
.

Another major difference is the fact that 69.1% of Argentine Americans are immigrants, which contrasts sharply with the 12.6% of the overall U.S. population.

Argentine Americans had a median household income of $55,044. This is again higher than the national figure, which was $50,740.

Some idea of their ancestral origins is supplied by the demographics of Argentina
Demographics of Argentina
This article is about the demographic features of Argentina, including population density, ethnicity, economic status and other aspects of the population....
, which portray a nation that is as much of Italian as Spanish
Spanish people
The Spanish are citizens of the Kingdom of Spain. Within Spain, there are also a number of vigorous nationalisms and regionalisms, reflecting the country's complex history....
ancestry, but with significant German, British
British people
The British are citizens of the United Kingdom, of the Isle of Man, any of the Channel Islands, or of any of the British overseas territories, and their descendants...
, French
French people
The French are a nation that share a common French culture and speak the French language as a mother tongue. Historically, the French population are descended from peoples of Celtic, Latin and Germanic origin, and are today a mixture of several ethnic groups...
, Amerindian
Indigenous peoples of the Americas
The indigenous peoples of the Americas are the pre-Columbian inhabitants of North and South America, their descendants and other ethnic groups who are identified with those peoples. Indigenous peoples are known in Canada as Aboriginal peoples, and in the United States as Native Americans...
, Slavic
Slavic peoples
The Slavic people are an Indo-European panethnicity living in Eastern Europe, Southeast Europe, North Asia and Central Asia. The term Slavic represents a broad ethno-linguistic group of people, who speak languages belonging to the Slavic language family and share, to varying degrees, certain...
, and Semitic
Semitic
In linguistics and ethnology, Semitic was first used to refer to a language family of largely Middle Eastern origin, now called the Semitic languages...
components.

Only data for immigrant Argentine Americans are available. The twenty U.S. communities of 500 or more people which have the highest percentages of Argentine immigrants are: