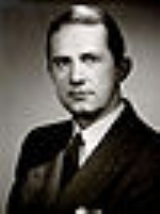 Encyclopedia
Robert Allan Shivers was a Texas
Texas
Texas is the second largest U.S. state by both area and population, and the largest state by area in the contiguous United States.The name, based on the Caddo word "Tejas" meaning "friends" or "allies", was applied by the Spanish to the Caddo themselves and to the region of their settlement in...
politician
Politician
A politician, political leader, or political figure is an individual who is involved in influencing public policy and decision making...
who led the conservative faction
Political faction
A political faction is a grouping of individuals, such as a political party, a trade union, or other group with a political purpose. A faction or political party may include fragmented sub-factions, “parties within a party," which may be referred to as power blocs, or voting blocs. The individuals...
of the Texas Democratic Party during the turbulent 1940s and 1950s. Shivers also developed the lieutenant governor's post into an extremely powerful perch in state government.

Born in Lufkin
Lufkin, Texas
Lufkin is a city in Angelina County, Texas, United States. Founded in 1882, the population was 35,067 in 2010. It is the county seat of Angelina County, and is situated in Deep East Texas.-History:...
, the seat of Angelina County
Angelina County, Texas
Angelina County is a county located in the U.S. state of Texas. Angelina County was formed in 1846 from Nacogdoches County. As of 2000, the population was 80,130. Its county seat is Lufkin. Angelina is named for a Hainai Native American woman who assisted early Spanish missionaries and was named...
in East Texas
East Texas
East Texas is a distinct geographic and ecological area in the U.S. state of Texas.According to the Handbook of Texas, the East Texas area "may be separated from the rest of Texas roughly by a line extending from the Red River in north central Lamar County southwestward to east central Limestone...
, Shivers was educated at the University of Texas at Austin
University of Texas at Austin
The University of Texas at Austin is a state research university located in Austin, Texas, USA, and is the flagship institution of the The University of Texas System. Founded in 1883, its campus is located approximately from the Texas State Capitol in Austin...
, having earned a law
Law
Law is a system of rules and guidelines which are enforced through social institutions to govern behavior, wherever possible. It shapes politics, economics and society in numerous ways and serves as a social mediator of relations between people. Contract law regulates everything from buying a bus...
degree in 1933. While at UT, he was a member of the Texas Cowboys
Texas Cowboys
Texas Cowboys is an honorary men's service organization at The University of Texas at Austin. Founded in 1922, its members include some of the University's most distinguished students and alumni...
and the Friar Society
Friar Society
The Friar Society is the oldest honor society at the University of Texas at Austin.-Origins:The Friar Society was founded in 1911 by Curtice Rosser and Marion Levy. Eight members were initially selected in the charter group...
, and he served as the student body president. In 1934, he was elected to the Texas State Senate, having become the youngest person ever to serve in the State Senate. He served in the Senate from 1934 to 1946, except for two years service in the United States Army
United States Army
The United States Army is the main branch of the United States Armed Forces responsible for land-based military operations. It is the largest and oldest established branch of the U.S. military, and is one of seven U.S. uniformed services...
during World War II
World War II
World War II, or the Second World War , was a global conflict lasting from 1939 to 1945, involving most of the world's nations—including all of the great powers—eventually forming two opposing military alliances: the Allies and the Axis...
, from which he was discharged with the rank of major
Major (United States)
In the United States Army, Air Force, and Marine Corps, major is a field grade military officer rank just above the rank of captain and just below the rank of lieutenant colonel...
.

In 1946, he was elected Lieutenant Governor of Texas
Lieutenant Governor of Texas
The Lieutenant Governor of Texas is the second-highest executive office in the government of Texas, a state in the U.S. It is the second most powerful post in Texas government because its occupant controls the work of the Texas Senate and controls the budgeting process as a leader of the...
and was re-elected in 1948. He is credited with developing the "ideas, practices, and techniques of leadership" that made the office the most powerful post in Texas government, although the powers of the Governor are limited by the state constitution more so than other states. When Governor Beauford Jester died on July 11, 1949, Shivers succeeded him—the only lieutenant governor in Texas history thus far to gain the governor's office through the death of his predecessor. In 1950, Shivers won election as governor in his own right; he then set the three-term precedent by running again and winning in 1952 and 1954. In 1952, Shivers proved so popular that he was listed on the gubernatorial ballot as the nominee of both the Democratic and Republican parties, a practice no longer permitted. (Democrat Shivers handily defeated Republican Shivers.) He worked closely with his appointed Secretary of State John Ben Shepperd
John Ben Shepperd
John Ben Shepperd was the segregationist Texas attorney general from 1953–1957 who led resistance to the desegregation of public schools mandated by the 1954 Supreme Court decision Brown v. Board of Education of Topeka...
, who won election in 1952 and 1954 as state attorney general
Attorney General
In most common law jurisdictions, the attorney general, or attorney-general, is the main legal advisor to the government, and in some jurisdictions he or she may also have executive responsibility for law enforcement or responsibility for public prosecutions.The term is used to refer to any person...
. Together Shivers and Shepperd tried to clean up corruption in the machine province of Duval County.

In 1952, Shivers named the oil industrialist Bill Noël
Bill Noël
William Douglas Noël, known as Bill Noël , was an independent oilman, industrialist, banker, rancher, philanthropist, and civic leader in Odessa, Texas.-Background:...
of Odessa
Odessa, Texas
Odessa is a city in and the county seat of Ector County, Texas, United States. It is located primarily in Ector County, although a small portion of the city extends into Midland County. Odessa's population was 99,940 at the 2010 census. It is the principal city of the Odessa, Texas Metropolitan...
to the Texas Alcoholic Beverage Commission. Noël was reappointed by the two subsequent governors.

Shivers appeared as himself in the 1955 film Lucy Gallant starring Jane Wyman
Jane Wyman
Jane Wyman was an American singer, dancer, and character actress of film and television. She began her film career in the 1930s, and was a prolific performer for two decades...
and Charlton Heston
Charlton Heston
Charlton Heston was an American actor of film, theatre and television. Heston is known for heroic roles in films such as The Ten Commandments, Ben-Hur for which he won the Academy Award for Best Actor, El Cid, and Planet of the Apes...
.

Shivers previously held the record for longest continuous service as Texas Governor at 7.5 years until June 2008, when Rick Perry
Rick Perry
James Richard "Rick" Perry is the 47th and current Governor of Texas. A Republican, Perry was elected Lieutenant Governor of Texas in 1998 and assumed the governorship in December 2000 when then-governor George W. Bush resigned to become President of the United States. Perry was elected to full...
surpassed Shiver's record for continuous service. (Bill Clements
Bill Clements
William Perry "Bill" Clements, Jr. was the 42nd and 44th Governor of Texas, serving from 1979 to 1983 and 1987 to 1991. Clements was the first Republican to have served as governor of the U.S. state of Texas since Reconstruction...
initially broke Shivers' total service record, having served eight years over two non-consecutive terms; Perry subsequently surpassed this record as well.)

Shivers disputed the Truman
Harry S. Truman
Harry S. Truman was the 33rd President of the United States . As President Franklin D. Roosevelt's third vice president and the 34th Vice President of the United States , he succeeded to the presidency on April 12, 1945, when President Roosevelt died less than three months after beginning his...
administration's claim on the Tidelands and disapproved of Truman's veto that would have vested tideland ownership in the states. Bucking the tradition of the "Solid South," Shivers delivered Texas in the 1952 presidential election for Dwight D. Eisenhower
Dwight D. Eisenhower
Dwight David "Ike" Eisenhower was the 34th President of the United States, from 1953 until 1961. He was a five-star general in the United States Army...
—only the second time that Texas had supported a Republican for president since Reconstruction. The state Republican Party reciprocated by nominating Shivers for governor; he thus ran as the nominee of both parties. It is believed that Shivers lost popularity with some voters over his disloyalty to the Democratic party. He also became less popular because of his opposition to the Brown v. Board of Education
Brown v. Board of Education
Brown v. Board of Education of Topeka, 347 U.S. 483 , was a landmark decision of the United States Supreme Court that declared state laws establishing separate public schools for black and white students unconstitutional. The decision overturned the Plessy v. Ferguson decision of 1896 which...
decision and his link to the Veterans' Land Board scandal. Shivers did help enact laws raising teacher salaries and granting retirement benefits to state employees.

Shivers did not seek a fourth term in the 1956 elections. He retired from politics on January 15, 1957, and went into business. In 1973, Democratic Governor Dolph Briscoe
Dolph Briscoe
Dolph Briscoe, Jr. was a Uvalde, Texas rancher and businessman who was the 41st Governor of Texas between 1973 and 1979....
appointed Shivers to a six-year term on the University of Texas Board of Regents. He served as chairman of the board for four years. During this time he donated his Austin home, Woodlawn, the historic Pease mansion, to the University to help raise funds for its law school. In 1980, Shivers was instrumental in securing a $5 million grant for the U.T. College of Communications, which soon thereafter established an endowed chair of journalism in his honor. Finally, he served as a member of the University of Texas Centennial Commission, which oversaw the 100th anniversary celebration of the University's founding in 1883.
Shivers died suddenly of a massive heart attack
Myocardial infarction
Myocardial infarction or acute myocardial infarction , commonly known as a heart attack, results from the interruption of blood supply to a part of the heart, causing heart cells to die...
in Austin
Austin, Texas
Austin is the capital city of the U.S. state of :Texas and the seat of Travis County. Located in Central Texas on the eastern edge of the American Southwest, it is the fourth-largest city in Texas and the 14th most populous city in the United States. It was the third-fastest-growing large city in...
, Texas, on January 14, 1985. He was survived by his wife, the former Marialice Shary (1910-1996), three sons and a daughter, and ten grandchildren. He is interred at the Texas State Cemetery
Texas State Cemetery
The Texas State Cemetery is a cemetery located on about just east of downtown Austin, the capital of Texas. Originally the burial place of Edward Burleson, Texas Revolutionary general and Vice-President of the Republic of Texas, it was expanded into a Confederate cemetery during the Civil War...
in Austin.