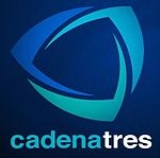 On November 21, 1964, the office of the Secretary of Communications and Transportation (SCT) granted a 25-year concession to CIRT and to its controlling shareholder, Roberto Nájera Martínez, for a television station UHF channel 16, to be designated XHTC-TV. As of July 1989, the station had not been built, mainly due to lack of funds, and Nájera transferred his shares to Raúl Aréchiga Espinosa, with the intent that Aréchiga would “manage the bond and/or funding for the installation and operation of the channel.” Aréchiga, from Baja California Sur, had interests in radio and was also owner of the airline Aero California
Aero California
Aero California was a low-cost airline with its headquarters in La Paz, Baja California Sur, Mexico, operating a network of domestic passenger flights with its hub at the city's Manuel Márquez de León International Airport..-History:...
. Although the station had not begun to broadcast, the SCT granted a ten-year endorsement at the end of the initial concession period. In 1993, the SCT reallocated the UHF spectrum, removing channel 16 from broadcast television use, and assigned UHF channel 28 in its place.

The endorsement was scheduled to expire on November 21, 1999, and as the date approached, the station had not yet begun transmitting. Needing to go on the air to avoid having the concession reclaimed, Aréchiga hastily put together a schedule of music videos and in November 1999, opened television station XHRAE-TV, giving it his initials, and sparking a five-year controversy. Roberto Nájera Martínez, who had transferred his shares ten years earlier, claimed that he had merely rented the award of the concession to Aréchiga. Nájera insisted that he was the rightful owner of the station and accused Aréchiga of plundering it. Further adding to the station’s troubles, Carlos Ruiz Sacristán, the head of the SCT, claimed that Aréchiga failed to live up to the terms of the original concession, refused to endorse a renewal, and instead, sought to revoke the concession. Aréchiga sued, and in a September, 2002, letter to Mexican president Vicente Fox
Vicente Fox
Vicente Fox Quesada is a Mexican former politician who served as President of Mexico from 1 December 2000 to 30 November 2006 and currently serves as co-President of the Centrist Democrat International, an international organization of Christian democratic political parties.Fox was elected...
, accused current and former members of the SCT of plundering the station. Meanwhile, the SCT became embroiled in a conflict between TV Azteca and CNI involving UHF channel 40, and had considered plans to reclaim and reassign channel 28 to help settle the dispute.

Finally, in January 2005, a judge ruled that Aréchiga did not violate the terms of the concession, and ordered the SCT to endorse the renewal immediately. The endorsement was granted on April 26, 2005, retroactive to November 22, 1999, but only lasting through May 22, 2006. Even before the endorsement had been granted, rumors began to flow that Aréchiga’s victory was intentional, in order to clear the station for sale, either to Ricardo Salinas Pliego, owner of TV Azteca, who had lost control of channel 40 in the dispute with CNI, or to Olegario Vazquez Raña, a newcomer to the broadcast industry, but an associate of Marta Sahagún de Fox., wife of President Vicente Fox. Aréchiga, however, showed a determination to operate the station himself. In December 2005, the station relaunched with a new logo and slogan, “Canal para todos”, or “Channel for all”. In early 2006, XHRAE-TV inked deals with the Lumiere cinema chain to provide old Mexican movies, and with Productora y Comercializadora de Televisión , SA de CV (PCTV), to provide other programming, which began airing in April.

Things quickly deteriorated for Aréchiga, beginning in April 2006. On April 2, the SCT, who oversees both communications and transportation in Mexico, declared Aréchiga’s airline, Aero California, unfit to fly and grounded the entire fleet of airplanes. With his time, money and attention fully devoted to saving Aero California, and with the concession of XHRAE-TV coming up for renewal at the end of May 2006, Aréchiga could not run both enterprises and was forced to seek a buyer for the television station.

The concession for XHRAE-TV was renewed on May 9, 2006 for fifteen years, eliminating a major barrier to the sale of the station. A purchase agreement was reached on July 13 and announced on July 18. Administradora Arcángel, SA de CV, part of GEA, became the new owners of channel 28. The purchase was approved by Cofeco on August 24, but at the same time, fined GEA $221,108 pesos for late notification of the purchase. Originally, the purchase price was thought to be $80 million, but turned out to actually be $126 million.

On May 28, 2007, GEA relaunched XHRAE-TV under the name Cadena Tres (lit. Network Three), creating new programs and newscasts while retaining most of its cartoons aimed at children. The station’s coverage expanded from Mexico City to the entire Mexican republic through various cable television systems, and later, became the flagship station of the third national broadcast network after the Supreme Court declared unconstitutional the part of the Federal Telecommunications Act better known as the Televisa Law
Televisa Law
The Televisa Law is the name given by the press to the Federal Law of Radio and Television , a controversial law approved by the Congress of Mexico in 2006, shortly before the presidential election...
that had prevented the birth of a third broadcast network in Mexico and strengthened the duopoly that TV Azteca and Televisa had enjoyed.

By September 30, 2009, the station had changed its call sign to XHTRES-TV, reflecting its network identity.