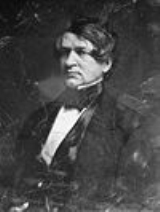 His son, William Lewis Dayton, Jr. (1839–1897), graduated from Princeton in 1858 and served as President Chester A. Arthur
Chester A. Arthur
Chester Alan Arthur was the 21st President of the United States . Becoming President after the assassination of President James A. Garfield, Arthur struggled to overcome suspicions of his beginnings as a politician from the New York City Republican machine, succeeding at that task by embracing...
's Minister to the Netherlands
Netherlands
The Netherlands is a constituent country of the Kingdom of the Netherlands, located mainly in North-West Europe and with several islands in the Caribbean. Mainland Netherlands borders the North Sea to the north and west, Belgium to the south, and Germany to the east, and shares maritime borders...
from 1882–1885.