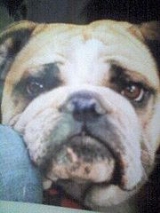 Encyclopedia
Utility Group is the name of a breed group of dogs
Dog
The domestic dog is a domesticated form of the gray wolf, a member of the Canidae family of the order Carnivora. The term is used for both feral and pet varieties. The dog may have been the first animal to be domesticated, and has been the most widely kept working, hunting, and companion animal in...
, used by kennel clubs
Kennel club
A kennel club is an organization for canine affairs that concerns itself with the breeding, showing and promotion of more than one breed of dog...
to classify a defined collection of dog breeds. How Utility Group is defined varies among kennel clubs, and different kennel clubs may not include the same breeds in their Utility Group. Some kennel clubs do not use the Utility Group classification. Utility Group is not a term used by the international kennel club association, the Fédération Cynologique Internationale
Fédération Cynologique Internationale
Fédération Cynologique Internationale is an international federation of kennel clubs based in Thuin, Belgium. The English language translation, World Canine Organisation, is not often used.Its goals are described in Article 2 of their regulations:...
, which more finely divides its breed groupings by dog type
Dog type
Dog types are broad categories of dogs based on function, with dogs identified primarily by specific function or style of work rather than by lineage or appearance....
and breed history. 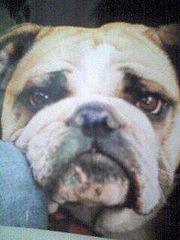 The Kennel Club (UK) places in the Utility Group dog breeds that do not quite fit in other groups, such as the Shih Tzu
Shih Tzu
The Shih Tzu is a breed of dog weighing with long silky hair. The breed originated in China and is among the earliest breeds. Shih Tzu were officially recognized by the American Kennel Club in 1969...
, which other kennel clubs place in the Toy Group
Toy Group
Toy Group is the name of a breed Group of the smallest kinds of dogs, used by kennel clubs to classify a defined collection of dog breeds. Toy Group does not necessarily refer to one particular type of dog. Most major English-language kennel clubs include a Toy Group although different kennel clubs...
, but the Kennel Club does not, as it considers them to be too large. Other dogs are placed in the Kennel Club's Utility Group group because the working purpose for which they were originally bred "has now become redundant", such as the function of the Dalmatian
Dalmatian (dog)
The Dalmatian is a breed of dog whose roots are often said to trace back to Dalmatia, a region of Croatia where the first illustrations of the dog have been found. The Dalmatian is noted for its unique black- or brown-spotted coat and was mainly used as a carriage dog in its early days...
to run alongside horse-drawn coaches. The Kennel Club defines "Utility" as meaning fitness for a purpose, taken to mean fitness for a purpose not covered by other Groups. Therefore, there is little relationship between the breeds in this Group.

The New Zealand Kennel Club
New Zealand Kennel Club
The New Zealand Kennel Club is the primary kennel club responsible for dog pedigree registration services in New Zealand. They also provide training services, judging for dog shows and many other services relating to dog showing. The organisation was introduced in 1886, it is also a full member of...
and the Australian National Kennel Council
Australian National Kennel Council
The Australian National Kennel Council is the peak body in Australia responsible for promoting breeding, showing, trialling, obedience, and other canine-related activities and the ownership of temperamentally and physically sound purebred dogs by individuals across Australia. It was formed in...
each recognize a Utility Group, with a different emphasis. In Australia and New Zealand, the Utility Group includes large breeds of livestock guardian type dogs
Livestock guardian dog
A livestock guardian dog is a domesticated canine used to defend livestock against predators. LGDs are commonly referred to as "sheep dogs" since they most often have guarded flocks of sheep, but most are capable of guarding other species of livestock. They are classified as pastoral dogs...
, large Spitz types
Spitz
Spitz-type dogs are a type of dog, characterized by long, thick, and often white fur, and pointed ears and muzzles...
, as well as guard, rescue, and messenger dogs.

The purpose of this section is to compare the placement of breeds in the Utility Group by the New Zealand Kennel Club and the Australian National Kennel Council with the breeds placed in the Kennel Club's Utility Group, and with the way in which each individual Utility Group breed is categorised by the Fédération Cynologique Internationale and a few other national (major) kennel clubs.

Other kennel clubs and registries

Kennel Clubs in countries other than those listed may also use the term Utility Group, their definition may differ. "Utility Group" may also be a term used by minor registries, kennel clubs, breed clubs, sporting clubs, and internet dog businesses. Each may or may not define the term separately.

A breed that is not recognised by a kennel club means that it has not been sufficiently vetted according to that particular kennel club's rules. It does not mean that the breed is not a breed. Major kennel clubs usually require a breed to have a specific amount of documentation, as well as a large enough breed club to warrant the training of judges for the breed, for the breed to be accepted.

At the Crufts 2008 show (UK), the Utility Group prize was won by Japanese Shiba Inu Ch Janeryls - In The Line Of Fire JW, owned by Mrs J Bannister.
The source of this article is wikipedia, the free encyclopedia.  The text of this article is licensed under the GFDL.