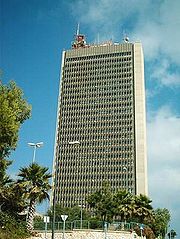 The University of Haifa is a university
University
A university is an institution of higher education and research, which grants academic degrees in a variety of subjects. A university is an organisation that provides both undergraduate education and postgraduate education...
in Haifa
Haifa
Haifa is the largest city in northern Israel, and the third-largest city in the country, with a population of over 268,000. Another 300,000 people live in towns directly adjacent to the city including the cities of the Krayot, as well as, Tirat Carmel, Daliyat al-Karmel and Nesher...
, Israel
Israel
The State of Israel is a parliamentary republic located in the Middle East, along the eastern shore of the Mediterranean Sea...
.

About 18,100 undergraduate and graduate students study in the university a wide variety of topics, specializing in social sciences
Social sciences
Social science is the field of study concerned with society. "Social science" is commonly used as an umbrella term to refer to a plurality of fields outside of the natural sciences usually exclusive of the administrative or managerial sciences...
, humanities
Humanities
The humanities are academic disciplines that study the human condition, using methods that are primarily analytical, critical, or speculative, as distinguished from the mainly empirical approaches of the natural sciences....
, law
Law
Law is a system of rules and guidelines which are enforced through social institutions to govern behavior, wherever possible. It shapes politics, economics and society in numerous ways and serves as a social mediator of relations between people. Contract law regulates everything from buying a bus...
and education
Education
Education in its broadest, general sense is the means through which the aims and habits of a group of people lives on from one generation to the next. Generally, it occurs through any experience that has a formative effect on the way one thinks, feels, or acts...
. The University is broadly divided into six Faculties: Humanities, Social Sciences, Law, Science and Science Education, Social Welfare and Health Studies, and Education. There is also the Graduate School of Business.

Beyond the objective of a first-rate higher education, the University of Haifa aims to provide equal educational opportunities to all sectors of the society, and in particular to encourage mutual understanding and cooperation between the Jewish and Arab
Arab
Arab people, also known as Arabs , are a panethnicity primarily living in the Arab world, which is located in Western Asia and North Africa. They are identified as such on one or more of genealogical, linguistic, or cultural grounds, with tribal affiliations, and intra-tribal relationships playing...
populations on and off campus.

The University of Haifa is home to the Hecht Museum of archeology and art, several research centers and institutes, including the Evolution Institute, Center for the Study of the Information Society, Center for the Study of National Security, Tourism Research Center, and more. The University also hosts a large IBM
IBM
International Business Machines Corporation or IBM is an American multinational technology and consulting corporation headquartered in Armonk, New York, United States. IBM manufactures and sells computer hardware and software, and it offers infrastructure, hosting and consulting services in areas...
research center
IBM Haifa Research Laboratory
IBM Haifa Research Laboratory is located in Haifa, Israel. It is one of several IBM R&D Labs in Israel.IBM Haifa Research Laboratory handles projects in the spheres of cloud computing , healthcare and life sciences, verification technologies , multimedia, event processing , information retrieval...
on its campus.

In 1967, the University of Haifa awarded a diploma to its first graduates, 75 in number, three-quarters of whom intended to be teachers.

The first home of the University of Haifa was in Erdstein House in the Hadar HaCarmel
Hadar HaCarmel
Hadar Hacarmel is a neighborhood of Haifa, Israel. Located on the northern slope of Mount Carmel between the upper and lower city, overlooking the Port of Haifa and Haifa Bay, it was once the commercial center of Haifa.-History:...
section of Haifa, but it soon became too crowded. The University moved to Merkaz HaCarmel, and was housed in the building that now serves the Municipal High School No. 5. In 1966, the University moved to the top of Mount Carmel
Mount Carmel
Mount Carmel ; , Kármēlos; , Kurmul or جبل مار إلياس Jabal Mar Elyas 'Mount Saint Elias') is a coastal mountain range in northern Israel stretching from the Mediterranean Sea towards the southeast. Archaeologists have discovered ancient wine and oil presses at various locations on Mt. Carmel...
, the present location of its main campus.

The University's first building, the "Multi-Purpose Building", was constructed in 1966. It contained classrooms, halls, laboratories, a library with 110,000 books, and a cafeteria. Brazilian architect Oscar Niemeyer
Oscar Niemeyer
Oscar Ribeiro de Almeida Niemeyer Soares Filho is a Brazilian architect specializing in international modern architecture...
planned the campus to include all the University's facilities in one complex. More recently, additional buildings have been built nearby.

The University of Haifa has been ranked 10th among 36 academic institutes in Israel, according to Above Average ranking institute. This was a 6-point rise over the 2006 ranking. The ranking was based on feedback from 8,600 students. 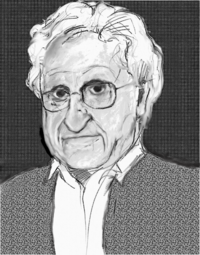