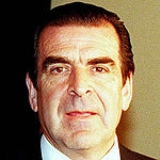 Encyclopedia
There are currently 5,000 Swiss citizens residing in Chile
Chile
Chile ,officially the Republic of Chile , is a country in South America occupying a long, narrow coastal strip between the Andes mountains to the east and the Pacific Ocean to the west. It borders Peru to the north, Bolivia to the northeast, Argentina to the east, and the Drake Passage in the far...
and 90,000 with Swiss descendants.

The number of Swiss in Chile is minor, despite having a relatively large number of members. This is because their linguistic and cultural characteristics are commonly confused with Germans, Italians and French. Swiss migration to Chile took place at the end of 19th century, between 1883 and 1900, particularly in the area of Araucanía, especially in Victoria
Victoria, Chile
Victoria is a city and commune in Malleco Province of Araucanía Region, Chile. It is the second most populous city in the province of Malleco, and is the gateway to the area known as Araucanía Andina, with attractions such as the Tolhuaca National Park , the Baths of Tolhuaca Malalcahuello National...
and Traiguén. It is estimated that more than 8,000 thousand families received grants of land.

In the nineteenth century, opening up new lands in the New World and the economic crisis in Europe that was mobilized to the most impoverished sectors of society to migrate mainly to United States in North America, Australia, Brazil, Uruguay
Uruguay
Uruguay ,officially the Oriental Republic of Uruguay,sometimes the Eastern Republic of Uruguay; ) is a country in the southeastern part of South America. It is home to some 3.5 million people, of whom 1.8 million live in the capital Montevideo and its metropolitan area...
, Argentina and Chile. It was organized exodus and limited duration. As economic immigration, the State assumed a regulatory role by granting or denying requests for leave.
With regard to the interests of migrants into Chile, began formally in 1853, when they meet in Bern, capital of Switzerland, the first reports about experience colonization in the southern to Chile.

Through official reports of the Swiss Consulate in Valparaíso
Valparaíso
Valparaíso is a city and commune of Chile, center of its third largest conurbation and one of the country's most important seaports and an increasing cultural center in the Southwest Pacific hemisphere. The city is the capital of the Valparaíso Province and the Valparaíso Region...
, highlighting the advantages or disadvantages that Chile offered to migrants in Europe.

Only 28 years after the commencement of the German colonization in the southern Chile, the Federal Council in 1881 authorized the specialized agencies to operate in Switzerland to recruit migrants.
The Federal Council after years of examining the advantages and disadvantages that would authorize the removal of migrants, poses as a premise the assumption that the Chilean authorities insist on peace Araucanía whose possession for Chileans, it was not yet in those years fully accomplished.

The first contingent departed in November 1883, would be the pilot and its success would depend on subsequent authorizations.

In 1880 he was named Don Francisco De B. Echeverría, General Agent of Colonization in Europe, given in Paris.
Later in that office will happen Agent General Benjamin Davila Larrain, who entrusted the work of recruitment of settlers to the house of Rommel Basel
Basel
Basel or Basle In the national languages of Switzerland the city is also known as Bâle , Basilea and Basilea is Switzerland's third most populous city with about 166,000 inhabitants. Located where the Swiss, French and German borders meet, Basel also has suburbs in France and Germany...
in Switzerland.
Moreover, the preparation of the convoys meant the operation of a real network. Starting with the shipping companies, especially the English company of the Pacific ", which ensured the French port of Bordeaux
Bordeaux
Bordeaux is a port city on the Garonne River in the Gironde department in southwestern France.The Bordeaux-Arcachon-Libourne metropolitan area, has a population of 1,010,000 and constitutes the sixth-largest urban area in France. It is the capital of the Aquitaine region, as well as the prefecture...
, a regular line up with the vapors Valparaíso Cotopaxi, Potosi, Sorata, The Valparaíso, Aconcagua and Britain, among others, the main boats that sailed Swiss settlers. To ensure reductions in the third class and volume or weight limits for luggage.

Between April 1876 and May 1877 came to the area of Magellan
Magellan
Magellan may refer to:*Ferdinand Magellan, a Portuguese explorer who led part of the first expedition around the world*Magellan , a progressive rock band*Magellan , a forerunner of the Excite web portal...
(Punta Arenas and Fresh Water) a contingent of Swiss immigrants comprising 119 families, mostly peasants from the canton of Freiburg
Freiburg
Freiburg im Breisgau is a city in Baden-Württemberg, Germany. In the extreme south-west of the country, it straddles the Dreisam river, at the foot of the Schlossberg. Historically, the city has acted as the hub of the Breisgau region on the western edge of the Black Forest in the Upper Rhine Plain...

These farmers received some of the Chile a government hectares of unpopulated land and proceeded to transform the weeding-after years of record-labor camps suitable for pasture and planting vegetables and raising dairy cattle.

The first group was composed of 1311 families who landed in Valparaíso on 19 December 1883.
Between 1883 and 1886 were shipped to the territory of Araucanía 12,602 Swiss, representing 7% of emigration Switzerland overseas. The operations continued to evolve until 1890, when it recorded 22,708 Swiss spread over the 31 colonies in the heart of the Araucania.
72.7% of them are established in the 7 most important colonies of the time:


Later during 1915 to 1950 was the last recorded mass exodus of Swiss to Chile recorded 30,000 residents installed in the central area of the country, primarily in Santiago
Santiago, Chile
Santiago , also known as Santiago de Chile, is the capital and largest city of Chile, and the center of its largest conurbation . It is located in the country's central valley, at an elevation of above mean sea level...
and Valparaíso.