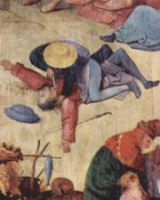 A stabbing is penetration with a sharp or pointed object at close range. Stab connotes purposeful action, as by an assassin
Assassination
To carry out an assassination is "to murder by a sudden and/or secret attack, often for political reasons." Alternatively, assassination may be defined as "the act of deliberately killing someone, especially a public figure, usually for hire or for political reasons."An assassination may be...
or murderer, but it is also possible to accidentally stab oneself or others.Stabbing differs from slashing
Penetrating trauma
Penetrating trauma is an injury that occurs when an object pierces the skin and enters a tissue of the body, creating an open wound. In blunt, or non-penetrating trauma, there may be an impact, but the skin is not necessarily broken. The penetrating object may remain in the tissues, come back out...
or cutting
Cutting
Cutting is the separation of a physical object, or a portion of a physical object, into two portions, through the application of an acutely directed force. An implement commonly used for cutting is the knife or in medical cases the scalpel...
in that the motion of the object used in a stabbing generally moves perpendicular to and directly into the victim's body, rather than being drawn across it.

Stabbings today are common among gangs and in prisons because knives are cheap, easy to acquire (or manufacture), easily concealable and relatively effective. The threat of stabbing is perhaps the most common form of robbery
Robbery
Robbery is the crime of taking or attempting to take something of value by force or threat of force or by putting the victim in fear. At common law, robbery is defined as taking the property of another, with the intent to permanently deprive the person of that property, by means of force or fear....
.

Stabbings have been common throughout human history and were the means used to assassinate a number of distinguished historical figures, such as Julius Caesar
Julius Caesar
Gaius Julius Caesar was a Roman general and statesman and a distinguished writer of Latin prose. He played a critical role in the gradual transformation of the Roman Republic into the Roman Empire....
and the Roman Emperor Caligula
Caligula
Caligula , also known as Gaius, was Roman Emperor from 37 AD to 41 AD. Caligula was a member of the house of rulers conventionally known as the Julio-Claudian dynasty. Caligula's father Germanicus, the nephew and adopted son of Emperor Tiberius, was a very successful general and one of Rome's most...
.

In Japan, the historical practice of stabbing oneself deliberately in ritual suicide is known as seppuku
Seppuku
is a form of Japanese ritual suicide by disembowelment. Seppuku was originally reserved only for samurai. Part of the samurai bushido honor code, seppuku was either used voluntarily by samurai to die with honor rather than fall into the hands of their enemies , or as a form of capital punishment...
(more colloquially hara-kiri, literally "belly-cutting" since it involves cutting open the abdomen). The ritual is highly codified, and the person committing suicide is assisted by a "second" who is entrusted to decapitate him cleanly (and thus expediate death and prevent an undignified spectacle) once he has made the abdominal wound.

The human skin
Skin
-Dermis:The dermis is the layer of skin beneath the epidermis that consists of connective tissue and cushions the body from stress and strain. The dermis is tightly connected to the epidermis by a basement membrane. It also harbors many Mechanoreceptors that provide the sense of touch and heat...
has a somewhat elastic property as a self-defense; when the human body is stabbed by a thin object such as a kitchen knife, the skin often closes tightly around the object and closes again if the object is removed, which can trap some blood within the body. Some have speculated that the fuller
Fuller (weapon)
A fuller is a rounded or beveled groove or slot in the flat side of a blade . A fuller is often used to lighten the blade, much in the way that an I-beam shape allows a given amount of strength to be achieved with less material...
, an elongated concave depression in a metal blade, functions to let blood out of the body in order to cause more damage. This misconception has led to fullers becoming widely known as "blood grooves". The fuller is actually a structural reinforcement of the blade similar in design to a metal "I" beam used in construction. However, internal bleeding
Internal bleeding
Internal bleeding is bleeding occurring inside the body. It can be a serious medical emergency depending on where it occurs , and can potentially cause death and cardiac arrest if proper medical treatment is not received quickly....
is just as dangerous as external bleeding; if enough blood vessels are severed to cause serious injury, the skin's elasticity will do nothing to prevent blood from exiting the circulatory system and accumulating uselessly in other parts of the body.

Death from stabbing is caused by shock, severe blood loss, infection, or loss of functioning of an essential organ such as the heart
Heart
The heart is a myogenic muscular organ found in all animals with a circulatory system , that is responsible for pumping blood throughout the blood vessels by repeated, rhythmic contractions...
or lung
Lung
The lung is the essential respiration organ in many air-breathing animals, including most tetrapods, a few fish and a few snails. In mammals and the more complex life forms, the two lungs are located near the backbone on either side of the heart...
s.

Although previously a victim of abdominal stabbing would be subject to exploratory laparotomy
Laparotomy
A laparotomy is a surgical procedure involving a large incision through the abdominal wall to gain access into the abdominal cavity. It is also known as coeliotomy.- Terminology :...
, it is now considered safe not to operate if the patient is stable. In that case, he should be observed for signs of decompensation indication a serious injury. In the event that the patient initially presents and is unstable, exploratory laparotomy should be initiated to discover and rectify any internal injury.

Stabbings are the most common form of murder in Britain, where firearms — except certain shotguns and sporting rifles — are outlawed.

Of the 839 homicides in England and Wales in 2005, 29% involved sharp instruments including knives, blades and swords. Firearms account for just 9% of murders in Britain. The murder rate in Britain is 15 per million people.

Collection anomalies mean West Midlands police force figures are not included in this analysis. Figures sourced from the UK's Knife Crime Blog from data published by the British Crime Survey and police statistics in England and Wales.
The source of this article is wikipedia, the free encyclopedia.  The text of this article is licensed under the GFDL.