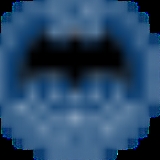 During World War II, reconnaissance and diversionary forces were formed under the supervision of the Second Department of the General Staff
General Staff
A military staff, often referred to as General Staff, Army Staff, Navy Staff or Air Staff within the individual services, is a group of officers and enlisted personnel that provides a bi-directional flow of information between a commanding officer and subordinate military units...
. These forces were subordinate to the commanders of Front
Front (Soviet Army)
A front was a major military organization in the Soviet Army during many wars. It was roughly equivalent to an army group in the militaries of most other countries except Germany...
s. The situation was reviewed after the war ended, and between 1947 and 1950 the whole of the GRU was reorganized. The first 'independent reconnaissance companies of special purpose' were formed in 1949, to work for tank and combined-arms armies. In 1957, the first Spetsnaz battalions were formed, five to eliminate enemy nuclear weapons systems such as MGR-3 Little John
MGR-3 Little John
The MGR-3 Little John was a free flight artillery rocket system designed and put into service by the U.S. Army during the 1950s and 1960s.-Description:...
and MGM-1 Matador
MGM-1 Matador
The Martin MGM-1 Matador was the first operational surface-to-surface cruise missile built by the United States. It was similar in concept to the German V-1, but the Matador included a radio link that allowed in-flight course corrections. This allowed accuracy to be maintained over greatly extended...
. The first brigades were formed in 1962, reportedly to reach up to 750 kilometres in the rear to destroy U.S. weapons systems such as the MGM-52 Lance, MGM-29 Sergeant
MGM-29 Sergeant
The MGM-29 Sergeant was an American short-range, solid fuel, surface-to-surface missile developed at the Jet Propulsion Laboratory. Activated by the US Army in 1962 to replace the MGM-5 Corporal it was deployed overseas by 1963, carrying the W52 nuclear warhead or alternatively one of high explosives...
, and MGM-31 Pershing. Two 'study regiments' were established in the 1960s to train specialists and NCOs, the first in 1968 at Pechora near Pskov
Pskov
Pskov is an ancient city and the administrative center of Pskov Oblast, Russia, located in the northwest of Russia about east from the Estonian border, on the Velikaya River. Population: -Early history:...
, and the second in 1970 at Chirchiq
Chirchiq
Chirchiq also spelled as Chirchik is a city in Toshkent Province, Uzbekistan, about 32 km northeast of Tashkent, along the Chirciq River...
near Tashkent
Tashkent
Tashkent is the capital of Uzbekistan and of the Tashkent Province. The officially registered population of the city in 2008 was about 2.2 million. Unofficial sources estimate the actual population may be as much as 4.45 million.-Early Islamic History:...
.

Here are the Spetsnaz brigades and the location at which they are stationed:

A specialized ballistic knife
Ballistic knife
A ballistic knife is a specialized combat knife with a detachable gas- or spring-propelled blade that can be fired to a distance of several feet or meters by pressing a trigger or switch on the handle.-History and usage:...
was developed for the use of Spetsnaz. A powerful spring installed within the grip allows the blade to be ejected. Another form of Spetsnaz knife is the NRS-2 (Knife Reconnaissance, Shooting) knife with a built in handle single-shot firearm able to fire SP-4 suppressed cartridge (the same used in PSS Silent Pistol
PSS Silent Pistol
The PSS silent pistol is the last completed weapon system resulting from the Soviet development of silent pistols operating on a sealed cartridge system. Two previous designs were considered unacceptable for use due to their limitation to two shots. Earlier systems included the MSP and SP-4M...
).

One of the most famous weapons of the Spetsnaz is a small, metal hand shovel, much like a spade. It is balanced for throwing and has a flat head with sharpened edges. In the hands of a trained soldier, it can be used for numerous purposes ranging from hand-to-hand combat to use as a shield, with the soldier angling the blade to deflect an oncoming bullet. However, there is no proof of any actual combat use of a shovel by Spetsnaz in recent years (although the myth about Spetsnaz shovel is still alive on US TV shows).