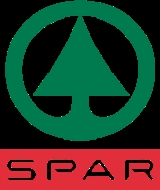 Encyclopedia
In sailing
Sailing
Sailing is the propulsion of a vehicle and the control of its movement with large foils called sails. By changing the rigging, rudder, and sometimes the keel or centre board, a sailor manages the force of the wind on the sails in order to move the boat relative to its surrounding medium and...
, a spar is a pole of wood
Timber
Timber may refer to:* Timber, a term common in the United Kingdom and Australia for wood materials * Timber, Oregon, an unincorporated community in the U.S...
, metal
Metal
A metal , is an element, compound, or alloy that is a good conductor of both electricity and heat. Metals are usually malleable and shiny, that is they reflect most of incident light...
or lightweight materials such as carbon fiber
Carbon fiber
Carbon fiber, alternatively graphite fiber, carbon graphite or CF, is a material consisting of fibers about 5–10 μm in diameter and composed mostly of carbon atoms. The carbon atoms are bonded together in crystals that are more or less aligned parallel to the long axis of the fiber...
used on a sailing vessel
Sailing vessel
Sailing vessel can refer to:*Sailing ship*Sailboat*Ice boat*Land yacht...
. Spars of all types (e.g. booms
Boom (sailing)
In sailing, a boom is a spar , along the foot of a fore and aft rigged sail, that greatly improves control of the angle and shape of the sail. The primary action of the boom is to keep the foot of the sail flatter when the sail angle is away from the centerline of the boat. The boom also serves...
and masts
Mast (sailing)
The mast of a sailing vessel is a tall, vertical, or near vertical, spar, or arrangement of spars, which supports the sails. Large ships have several masts, with the size and configuration depending on the style of ship...
) are used in the rigging
Rigging
Rigging is the apparatus through which the force of the wind is used to propel sailboats and sailing ships forward. This includes masts, yards, sails, and cordage.-Terms and classifications:...
of sailing vessels to provide (direct or indirect) support for the sail
Sail
A sail is any type of surface intended to move a vessel, vehicle or rotor by being placed in a wind—in essence a propulsion wing. Sails are used in sailing.-History of sails:...
s, and to resist compressive and bending
Bending
In engineering mechanics, bending characterizes the behavior of a slender structural element subjected to an external load applied perpendicularly to a longitudinal axis of the element. The structural element is assumed to be such that at least one of its dimensions is a small fraction, typically...
forces.

Wooden ships
Sailing ship
The term sailing ship is now used to refer to any large wind-powered vessel. In technical terms, a ship was a sailing vessel with a specific rig of at least three masts, square rigged on all of them, making the sailing adjective redundant. In popular usage "ship" became associated with all large...
from the age of sail
Age of Sail
The Age of Sail was the period in which international trade and naval warfare were dominated by sailing ships, lasting from the 16th to the mid 19th century...
often carried many extra spars of all types for repairs while at sea
Sea
A sea generally refers to a large body of salt water, but the term is used in other contexts as well. Most commonly, it means a large expanse of saline water connected with an ocean, and is commonly used as a synonym for ocean...
. The spar deck of a frigate
Frigate
A frigate is any of several types of warship, the term having been used for ships of various sizes and roles over the last few centuries.In the 17th century, the term was used for any warship built for speed and maneuverability, the description often used being "frigate-built"...
was so named because it was used to carry spare spars.
The source of this article is wikipedia, the free encyclopedia.  The text of this article is licensed under the GFDL.