A signature is a handwritten (and sometimes stylized) depiction of someone's name, nickname, or even a simple "X" that a person writes on documents as a proof of identity and intent. The writer of a signature is a signatory. Similar to a handwritten signature, a signature work describes the work as readily identifying its creator. A signature may be confused with an autograph
Autograph
An autograph is a document transcribed entirely in the handwriting of its author, as opposed to a typeset document or one written by an amanuensis or a copyist; the meaning overlaps with that of the word holograph.Autograph also refers to a person's artistic signature...
, which is chiefly an artistic signature.


Function and types of signatures

In many countries, signatures may be witnessed and recorded in the presence of a Notary Public
Notary public
A notary public in the common law world is a public officer constituted by law to serve the public in non-contentious matters usually concerned with estates, deeds, powers-of-attorney, and foreign and international business...
to carry additional legal force. On legal documents, an illiterate signatory can make a "mark" (often an "X" but occasionally a personalized symbol), so long as the document is countersigned by a literate witness. In some countries, illiterate people place a thumbprint on legal documents in lieu of a written signature.
There are many other terms which are synonymous with 'signature'. In the United States, one is John Hancock
John Hancock
John Hancock was a merchant, statesman, and prominent Patriot of the American Revolution. He served as president of the Second Continental Congress and was the first and third Governor of the Commonwealth of Massachusetts...
, named after the first of the signatories of the United States Declaration of Independence
United States Declaration of Independence
The Declaration of Independence was a statement adopted by the Continental Congress on July 4, 1776, which announced that the thirteen American colonies then at war with Great Britain regarded themselves as independent states, and no longer a part of the British Empire. John Adams put forth a...
.

The signature of a famous person is sometimes known as an autograph
Autograph
An autograph is a document transcribed entirely in the handwriting of its author, as opposed to a typeset document or one written by an amanuensis or a copyist; the meaning overlaps with that of the word holograph.Autograph also refers to a person's artistic signature...
, and is then typically written on its own or with a brief note to the recipient. Rather than providing authentication
Authentication
Authentication is the act of confirming the truth of an attribute of a datum or entity...
for a document, the autograph is given as a souvenir which acknowledges the recipient's access to the autographer.

In the United States, signatures encompass marks and actions of all sorts that are indicative of identity and intent. The legal rule is that unless a statute specifically prescribes a particular method of making a signature it may be made in any number of ways. These include by a mechanical or rubber stamp facsimile. A signature may be made by the purported signer. Alternatively someone else duly authorized by the signer acting in the signer's presence and at the signer's direction may make the signature.

Many individuals have much more fanciful signatures than their normal cursive
Cursive
Cursive, also known as joined-up writing, joint writing, or running writing, is any style of handwriting in which the symbols of the language are written in a simplified and/or flowing manner, generally for the purpose of making writing easier or faster...
writing, including elaborate ascenders, descender
Descender
In typography, a descender is the portion of a letter that extends below the baseline of a font. The line that descenders reach down to is known as the beard line....
s and exotic flourishes, much as one would find in calligraphic
Calligraphy
Calligraphy is a type of visual art. It is often called the art of fancy lettering . A contemporary definition of calligraphic practice is "the art of giving form to signs in an expressive, harmonious and skillful manner"...
writing. As an example, the final "k" in John Hancock
John Hancock
John Hancock was a merchant, statesman, and prominent Patriot of the American Revolution. He served as president of the Second Continental Congress and was the first and third Governor of the Commonwealth of Massachusetts...
's famous signature on the US Declaration of Independence loops back to underline his name. This kind of flourish is also known as a paraph
Paraph
Paraph can mean:* a flourish at the end of a signature* an alternative name for the pilcrow sign...
.

Special signature machines, called autopen
Autopen
An autopen is a machine used for the automatic signing of a signature. The reason for employing an autopen is typically emotive, intending to form a compromise between making every signature by hand, and printing a reproduction of the signature, which is perceived as impersonal by the...
s, are capable of automatically reproducing an individual's signature. These are typically used by people required to sign many documents, for example celebrities, heads of state or CEOs.

More recently, Members of Congress in the United States have begun having their signature made into a TrueType
TrueType
TrueType is an outline font standard originally developed by Apple Computer in the late 1980s as a competitor to Adobe's Type 1 fonts used in PostScript...
font file. This allows staff members in the Congressman's office to easily reproduce it on correspondence, legislation, and official documents. 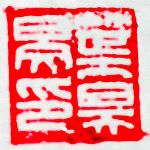 In the East Asia languages of Chinese
Chinese language
The Chinese language is a language or language family consisting of varieties which are mutually intelligible to varying degrees. Originally the indigenous languages spoken by the Han Chinese in China, it forms one of the branches of Sino-Tibetan family of languages...
, Japanese
Japanese language
is a language spoken by over 130 million people in Japan and in Japanese emigrant communities. It is a member of the Japonic language family, which has a number of proposed relationships with other languages, none of which has gained wide acceptance among historical linguists .Japanese is an...
, and Korean
Korean language
Korean is the official language of the country Korea, in both South and North. It is also one of the two official languages in the Yanbian Korean Autonomous Prefecture in People's Republic of China. There are about 78 million Korean speakers worldwide. In the 15th century, a national writing...
, people typically use name-seals with the name written in tensho script (seal script
Seal script
Seal script is an ancient style of Chinese calligraphy. It evolved organically out of the Zhōu dynasty script , arising in the Warring State of Qin...
) in lieu of a handwritten signature.

Several cultures whose languages use writing systems other than alphabets do not share the Western notion of signatures per se: the "signing" of one's name results in a written product no different from the result of "writing" one's name in the standard way. For these languages, to write or to sign involves the same written characters. Also see Calligraphy
Calligraphy
Calligraphy is a type of visual art. It is often called the art of fancy lettering . A contemporary definition of calligraphic practice is "the art of giving form to signs in an expressive, harmonious and skillful manner"...
.

In e-mail
E-mail
Electronic mail, commonly known as email or e-mail, is a method of exchanging digital messages from an author to one or more recipients. Modern email operates across the Internet or other computer networks. Some early email systems required that the author and the recipient both be online at the...
and newsgroup
Newsgroup
A usenet newsgroup is a repository usually within the Usenet system, for messages posted from many users in different locations. The term may be confusing to some, because it is usually a discussion group. Newsgroups are technically distinct from, but functionally similar to, discussion forums on...
usage, another type of signature exists which is independent of one's language. Users can set one or more lines of custom text known as a signature block
Signature block
A signature block is a block of text automatically appended at the bottom of an e-mail message, Usenet article, or forum post. This has the effect of "signing off" the message and in a reply message of indicating that no more response follows...
to be automatically appended to their messages. This text usually includes a name, contact information, and sometimes quotations and ASCII art
ASCII art
ASCII art is a graphic design technique that uses computers for presentation and consists of pictures pieced together from the 95 printable characters defined by the ASCII Standard from 1963 and ASCII compliant character sets with proprietary extended characters...
. A shortened form of a signature block, only including one's name, often with some distinguishing prefix, can be used to simply indicate the end of a post or response. Some web sites also allow graphics to be used. Note, however, that this type of signature is not related to electronic signature
Electronic signature
An electronic signature, or e-signature, is any electronic means that indicates either that a person adopts the contents of an electronic message, or more broadly that the person who claims to have written a message is the one who wrote it . By comparison, a signature is a stylized script...
s or digital signature
Digital signature
A digital signature or digital signature scheme is a mathematical scheme for demonstrating the authenticity of a digital message or document. A valid digital signature gives a recipient reason to believe that the message was created by a known sender, and that it was not altered in transit...
s, which are more technical in nature and not directly readable by human eyes.

The signature on a painting or other work of art has always been an important item in the assessment of art. Fake signatures are sometimes added to enhance the value of a painting, or are added to a fake painting to support its authenticity. A notorious case was the signature of Johannes Vermeer
Johannes Vermeer
Johannes, Jan or Johan Vermeer was a Dutch painter who specialized in exquisite, domestic interior scenes of middle class life. Vermeer was a moderately successful provincial genre painter in his lifetime...
on the fake "Supper at Emmaus" made by the art-forger Han van Meegeren
Han van Meegeren
Han van Meegeren , born Henricus Antonius van Meegeren, was a Dutch painter and portraitist, and is considered to be one of the most ingenious art forgers of the 20th century....
.

The term "signature" is also used to mean the characteristics that give an object, or a piece of information, its identity—for example, the shape of a Coca-Cola
Coca-Cola
Coca-Cola is a carbonated soft drink sold in stores, restaurants, and vending machines in more than 200 countries. It is produced by The Coca-Cola Company of Atlanta, Georgia, and is often referred to simply as Coke...
bottle.

By analogy, the word "signature" may be used to refer to the characteristic expression of a process or thing. For example, the climate phenomenon known as ENSO
Enso
Ensō is a Japanese word meaning "circle" and a concept strongly associated with Zen. Ensō is one of the most common subjects of Japanese calligraphy even though it is a symbol and not a character. It symbolizes the Absolute enlightenment, strength, elegance, the Universe, and the void; it can...
or El Niño has characteristic modes in different ocean basins which are often referred to as the "signature" of ENSO.