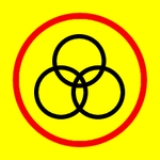 Encyclopedia
The Sarawak United Peoples' Party, or SUPP is a political party
Political party
A political party is a political organization that typically seeks to influence government policy, usually by nominating their own candidates and trying to seat them in political office. Parties participate in electoral campaigns, educational outreach or protest actions...
in Malaysia. The party is one of the constituent members of the ruling Barisan Nasional
Barisan Nasional
Barisan Nasional is a major political coalition in Malaysia, formed in 1973 as the successor to the Alliance . Along with its predecessor, it has been Malaysia's federal ruling political force since independence...
. It was established in 1959 mainly by leftists and working class Chinese
Chinese people
The term Chinese people may refer to any of the following:*People with Han Chinese ethnicity ....
, many of whom were members of the underground communist movement in Sarawak
Sarawak
Sarawak is one of two Malaysian states on the island of Borneo. Known as Bumi Kenyalang , Sarawak is situated on the north-west of the island. It is the largest state in Malaysia followed by Sabah, the second largest state located to the North- East.The administrative capital is Kuching, which...
.

For the first decade of its existence, many of its members were deported from Sarawak for communist activities. Several of its senior members moved across the border into Kalimantan where they took up arms against the Sarawak government.

In the early 1960s, SUPP opposed the formation of the Malaysian state. Along with Partai Rakyat Brunei and National Pasok Momogun Party, SUPP sent a memorandum to the United Nations
United Nations
The United Nations is an international organization whose stated aims are facilitating cooperation in international law, international security, economic development, social progress, human rights, and achievement of world peace...
demanding that the people of Northern Borneo be given right to self-determination and that the status of the area would be decided in a plebiscite.

The future of the SUPP remains uncertain after its unsuccessful performance in the Sarawak State Election held in April 2011, in which it lost most of the seats that it contested.


SUPP Members of the 12th Parliament of Malaysia

In the Malaysian general election, 2008
Malaysian general election, 2008
The 12th Malaysian general election was held on March 8, 2008, in accordance with Malaysian laws for national elections, which states that a general election must be held no later than five years subsequent to the previous elections; the previous general election was held in 2004...
, SUPP managed to retain all of the seats it won previously. Compared to Parti Gerakan Rakyat Malaysia
Parti Gerakan Rakyat Malaysia
The Malaysian People's Movement Party is a political party in Malaysia. The party was founded on March 24, 1968, and , it is part of the ruling National Front coalition....
and Malaysian Chinese Association
Malaysian Chinese Association
Malaysian Chinese Association is a uni-racial political party in Malaysia that represents the Malaysian Chinese ethnicity; it is one of the three major component parties of the ruling coalition in Malaysia called the Barisan Nasional in Malay, or National Front in English.Along with the largest...
, the party defended most of its Chinese
Chinese people
The term Chinese people may refer to any of the following:*People with Han Chinese ethnicity ....
majority seats from falling to the opposition, losing only the Bandar Kuching
Kuching
Kuching , officially the City of Kuching, and formerly the City of Sarawak, is the capital and most populous city of the East Malaysian state of Sarawak. It is the largest city on the island of Borneo, and the fourth largest city in Malaysia....
Parliamentary seat to the Democratic Action Party
Democratic Action Party
The Democratic Action Party, or DAP is a secular, multi-racial, social democratic Malaysian political party.The DAP is one of the three major opposition parties in Malaysia, along with the PKR and PAS, that are seen as electable alternatives to the Barisan Nasional coalition of parties...
.

The current president of the party is Datuk Patinggi Tan Sri Dr George Chan Hong Nam who is also the Deputy Chief Minister
Chief Minister
A Chief Minister is the elected head of government of a sub-national state, provinces of Sri Lanka, Pakistan, notably a state of India, a territory of Australia or a British Overseas Territory that has attained self-government...
of the state of Sarawak.
The source of this article is wikipedia, the free encyclopedia.  The text of this article is licensed under the GFDL.