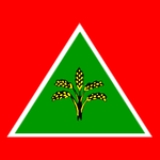 Encyclopedia
The Malaysian People's Movement Party (commonly abbreviated as Gerakan) is a political party
Political party
A political party is a political organization that typically seeks to influence government policy, usually by nominating their own candidates and trying to seat them in political office. Parties participate in electoral campaigns, educational outreach or protest actions...
in Malaysia. The party was founded on March 24, 1968, and , it is part of the ruling National Front coalition.

During its formation, Gerakan was an opposition
Opposition (Malaysia)
The Opposition in Malaysia is a term used to describe political parties represented in the Parliament of Malaysia that are not in government either on their own or as part of a governing coalition. Note that this article uses the term government as it is used in parliamentary systems, i.e...
party not affiliated with the national ruling coalition, the Alliance Party
Alliance Party (Malaya)
The Alliance Party was a political coalition in Malaysia. Formed in 1951, it successfully gained the majority of seats available for contest in the first election for the Federal Legislative Council held in 1955 in what was then the British protectorate of the Federation of Malaya.The Alliance...
, the predecessor of the National Front. Following the 1969 general election
Malaysian general election, 1969
General elections were held in Malaysia on 10 May 1969, although voting was postponed until between 21 and 27 June in Sabah and Sarawak. It resulted in the return to power, with a reduced majority, of the ruling Alliance Party, comprising the United Malays National Organization , the Malayan...
, Gerakan won most of the seats in the state legislature of Penang
Penang
Penang is a state in Malaysia and the name of its constituent island, located on the northwest coast of Peninsular Malaysia by the Strait of Malacca. It is bordered by Kedah in the north and east, and Perak in the south. Penang is the second smallest Malaysian state in area after Perlis, and the...
. Gerakan and the Pan-Malaysian Islamic Party, which won in Kelantan, were the only parties not then affiliated with the Alliance Party to form a state government in Malaysia. However, in 1973, Gerakan together with the Alliance Party formed a coalition called the National Front, where it remains until today.

The current leader of Gerakan is Tan Sri Dr. Koh Tsu Koon
Koh Tsu Koon
Tan Sri Dr. Koh Tsu Koon is a Malaysian politician. He was the Chief Minister of Penang from 1990 to 2008 and is currently a member of the Dewan Negara, the upper house of the Malaysian Parliament...
who won the post of President
President
A president is a leader of an organization, company, trade union, university, or country.Etymologically, a president is one who presides, who sits in leadership...
uncontested in the 2008 party elections.

, about 80% of Gerakan's members are ethnic Chinese, another 15% are Indian, and the rest are Malays
Malay people
Malays are an ethnic group of Austronesian people predominantly inhabiting the Malay Peninsula, including the southernmost parts of Thailand, the east coast of Sumatra, the coast of Borneo, and the smaller islands which lie between these locations...
or other races.

On 27 August 2005, The party held its party election which saw the President position held by Tun Dr Lim Keng Yaik
Lim Keng Yaik
Tun Dr. Lim Keng Yaik is a former Malaysian politician and former Minister of Energy, Water and Communications in the Malaysian cabinet. He was the national president of Parti Gerakan Rakyat Malaysia from 1980 until stepping down on April 8, 2007 to pave the way for Tan Sri Dr Koh Tsu Koon...
being challenged by its Deputy, Kerk Choo Ting. Tun Dr Lim retained his party President post after winning with 983 votes against 628 votes obtained by Kerk. Tan Sri Dr Koh Tsu Koon
Koh Tsu Koon
Tan Sri Dr. Koh Tsu Koon is a Malaysian politician. He was the Chief Minister of Penang from 1990 to 2008 and is currently a member of the Dewan Negara, the upper house of the Malaysian Parliament...
is the new Deputy President which he won unopposed after the nomination day for the party election.

On May 25, 2008 after the dismal performance in the 12th general election, Gerakan launched a party rejuvenation campaign in its bid to rebound in mainstream politics and to regain people’s confidence. It has outlined three thrusts, namely to voice Gerakan’s ideology, policy position and advocate Malaysian solutions for various major issues, to rebuild, rebrand and re-empower the party at all levels, and to regain people’s confidence.

With the slogan, “Forward Together with One Heart” (Satu Hati Gerak Bersama), the campaign was mooted after a nationwide brainstorming and discussions with grassroot leaders, following its dismal performance in the March 8 general election.

The campaign will focus on eight strategies, namely:

1) To formulate and voice principled policy positions and solutions for major national issues;

2) To be constructive opposition in Pakatan Rakyat-led states;

3) To pursue reforms of the National Front as an effective multi-racial coalition;

4) To effectively rebuild and revitalise the party, to forge smart partnership with society and NGOs;

5) To embark on membership expansion and consolidation;

6) To boost and train more leaders;

7) To re-energise and revamp the party at all levels;

Party acting president Koh Tsu Koon
Koh Tsu Koon
Tan Sri Dr. Koh Tsu Koon is a Malaysian politician. He was the Chief Minister of Penang from 1990 to 2008 and is currently a member of the Dewan Negara, the upper house of the Malaysian Parliament...
said the party would be more proactive and vocal in raising issues concerning people of all races. He said Gerakan would also conduct more activities and gain a stronger foothold in states which it previously had low-key presence, like Perlis and Sabah.


Gerakan to take on a new image

Gerakan, which suffered major losses during the 12th general election, has launched a rebranding exercise in the hope of making it the party of choice for all Malaysians.

Acting president Tan Sri, who launched the exercise during the party's 40th anniversary celebrations yesterday, said the rebranding would be based on three focal points, which are:

End of March 2008, deputy secretary-general of Gerakan Datuk Lee Kah Choon had announced his resignation from all Gerakan posts, including as the deputy secretary-general and a member of the party’s two decision-making bodies, the Central Committee (CC) and the Central Working Committee (CWC), after its poor performance in the March 8 general election. Lee was also one of the speculated candidates to take over post of Chief Minister of the State of Penang before the 12th general election. The other two candidates were Datuk Dr Teng Hock Nan and Teng Chang Yeow.

On April 23, 2008, Lee accepted the appointment to posts in two Penang state government agencies as director of Penang Development Corporation PDC and InvestPenang, also executive committee chairman of InvestPenang. Later, Lee quits the party to complete his “total withdrawal” from politics and focusing on serving society as a citizen.

On May 12, 2008, former Gerakan vice-president and Wanita national chairman Datuk Rhina Bhar quit the party after 30 years, citing racial bias in the leadership. Rhina claims that the party is a multiracial party but of late has been making many racist remarks. She hit out at former President Lim Keng Yaik for practicing double standards and Acting President Dr. Koh Tsu Koon for not fielding any Indian candidates in the recent general elections.

On May 29, 2008, The Federal Territory Gerakan chief and former Deputy Land and Cooperative Development Minister Datuk Dr Tan Kee Kwong became the second Gerakan leader to take up a post with an Opposition-led state government. Dr Tan was named as co-chairman of Selangor's special task force on land issues. Dr Tan said he joined politics to serve the people and country and the post provides him the chance to continue this work while Gerakan feels he has no value in terms of serving the party and the people.
On September 6, 2008, Datuk Dr Tan Kee Kwong announced that he had joined Parti Keadilan Rakyat (PKR) of Pakatan Rakyat
Pakatan Rakyat
Pakatan Rakyat or PR is an informal Malaysian political coalition. It currently controls four state governments while in opposition to the ruling Barisan Nasional at the federal level....
. Dr Tan said he sent his resignation letter to the Gerakan secretary-general Datuk Seri Chia Kwang Chye on September 5, 2008. Beforehand, his membership was suspended by Gerakan in May 2008 when he accepted a position in the Selangor Pakatan Rakyat government.

On August 18, 2008, another Gerakan prominent leader, Datuk Dr Toh Kin Woon has quit the party and, by extension, the BN
Barisan Nasional
Barisan Nasional is a major political coalition in Malaysia, formed in 1973 as the successor to the Alliance . Along with its predecessor, it has been Malaysia's federal ruling political force since independence...
. Dr Toh voiced his support for opposition leader Anwar Ibrahim in the Permatang Pauh
Permatang Pauh
Permatang Pauh is a town in Seberang Perai, the hinterland portion of the island-state of Penang, Malaysia. Permatang Pauh is now led by Anwar Ibrahim who is the Member of Parliament for Permatang Pauh....
by-election the day before he quits the party. Dr Toh was also the party central committee member and Chairman of Gerakan Economic and Research Bureau before he quits the party. Dr Toh said he will not join any political party at the moment and would focus more on civil society work.