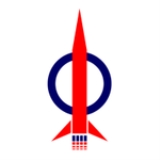 The party's vision is to establish a peaceful and prosperous social democracy that can unite its disparate races and diverse religions and cultures based on a Malaysian Malaysia concept of forging a Malaysian race grounded on universal moral values, offering equal access and opportunity, upholding democratic governance and the rule of law, creating wealth and distributing it equitably and fighting corruption.

Though its core constituency consists of Malaysian Chinese
Malaysian Chinese
Malaysian Chinese is a Malaysian of Chinese origin. Most are descendants of Chinese who arrived between the fifteenth and the mid-twentieth centuries. Within Malaysia, they are usually simply referred to as "Chinese" in all languages. The term Chinese Malaysian is also sometimes used to refer to...
, the DAP receives support from the Malaysian Indians and Malays
Malay people
Malays are an ethnic group of Austronesian people predominantly inhabiting the Malay Peninsula, including the southernmost parts of Thailand, the east coast of Sumatra, the coast of Borneo, and the smaller islands which lie between these locations...
.

My son having an issue at JB , I need some legal reinforcement,Who must I looking for help ? Thanks so much
More
x