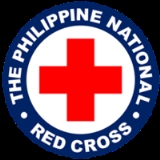 The Philippine Red Cross is made of men and women from all walks of life. It is the tale of hundreds of thousands of ordinary people who devoted their time and resources to help the poorest of the poor. They are professionally trained to lend a helping hand to those in need – whoever, whenever and wherever they may be.

The PRC has been established 60 years ago. Before, the PRC used to be involved only in providing blood and in disaster-related activities and short-term pallatives. Now it also focuses on a holistic approach to uplift the condition of the most vulnerable, and a wider array of humanitarian services.

At present, the PRC provides six major services: Blood Services, Disaster Management, Safety Services, Community Health and Nursing, Social Services and the Volunteer Service. All of them embody the fundamental principles of the International Red Cross and Red Crescent Movement – humanity, impartiality, neutrality, independence, voluntary service, unity and universality. These values guide and inspire all Red Cross staff and volunteers, to whom being a Red Crosser is more than just a philosophy but a way of life.

In 1934 President Manuel L. Quezon
Manuel L. Quezon
Manuel Luis Quezón y Molina served as president of the Commonwealth of the Philippines from 1935 to 1944. He was the first Filipino to head a government of the Philippines...
established an independent Philippine Red Cross. However, because the Philippines was a U.S. territory, and later a U.S. Commonwealth, it could not sign the Geneva Conventions and therefore it could not be recognized by the ICRC
International Committee of the Red Cross
The International Committee of the Red Cross is a private humanitarian institution based in Geneva, Switzerland. States parties to the four Geneva Conventions of 1949 and their Additional Protocols of 1977 and 2005, have given the ICRC a mandate to protect the victims of international and...
.

In 1942, during the occupation of the Philippines by Japan
Japan
Japan is an island nation in East Asia. Located in the Pacific Ocean, it lies to the east of the Sea of Japan, China, North Korea, South Korea and Russia, stretching from the Sea of Okhotsk in the north to the East China Sea and Taiwan in the south...
, the Japanese created a Philippine Red Cross that they controlled to care for internees. Once Manila
Manila
Manila is the capital of the Philippines. It is one of the sixteen cities forming Metro Manila.Manila is located on the eastern shores of Manila Bay and is bordered by Navotas and Caloocan to the north, Quezon City to the northeast, San Juan and Mandaluyong to the east, Makati on the southeast,...
was liberated by United States and Filipino forces in 1945, local Red Cross officials and the ANRC reestablished an independent Red Cross.

The Philippines gained independence from the United States on July 4, 1946. Dr. J. Horacio Yanzon, was appointed the first Filipino Red Cross Manager in December 1946 with thirty-six Red Cross chapters initially set up in the country. On 14 February 1947 President Manuel A. Roxas signed the Treaty of Geneva and the Prisoners of War Convention. On 22 March 1947 President Roxas signed Republic Act 95, the Philippine Red Cross (PRC) Charter.

The ICRC approved the regocnition of the PRC, and telegraphed Aurora Aragon Quezon, the first PRC Chairman, on 29 March 1947. Philippine Red Cross (PRC) had its inaugural ceremony on 15 April 1947.

During the Philippine Revolution
Philippine Revolution
The Philippine Revolution , called the "Tagalog War" by the Spanish, was an armed military conflict between the people of the Philippines and the Spanish colonial authorities which resulted in the secession of the Philippine Islands from the Spanish Empire.The Philippine Revolution began in August...
, she joined the rebellion, took care of the sick and wounded in the mountains. Along with three other companions, she went to the courthouse in Kalookan - Caloocan to seize firearms. They overpowered the Guardia Civil and carried away their guns. She was with the revolutionaries in 12 battles under five Filipino generals and organized groups of women to nurse wounded the Filipino soldiers. Emilio Aguinaldo
Emilio Aguinaldo
Emilio Aguinaldo y Famy was a Filipino general, politician, and independence leader. He played an instrumental role during the Philippines' revolution against Spain, and the subsequent Philippine-American War or War of Philippine Independence that resisted American occupation...
called her 'The Mother of Philippine Red Cross' - Philippine Red Cross. She died on January 28, 1928. Trinidad Tecson Elementary School is a memorial school for her, District IV Manila - Division of City Schools-Manila
Division of City Schools-Manila
The Division of City Schools - Manila or simply the DCS-Manila is a division under the supervision of the Department of Education. It also refers to the three-tier public education system in Manila, Philippines....
. The Tecson of San Miguel
San Miguel, Bulacan
San Miguel de Mayumo is a 1st class, partially urban municipality located in the 3rd district of the province of Bulacan, Philippines. According to the latest census, it has a population of 138,839 people.-History:...
, Bulacan
Bulacan
Bulacan , officially called the Province of Bulacan or simply Bulacan Province, is a first class province of the Republic of the Philippines located in the Central Luzon Region in the island of Luzon, north of Manila , and part of the Metro...
and the Ticzon of San Pablo City
San Pablo City
The City of San Pablo , a first class city in the province of Laguna, Philippines, is one of the country's oldest cities. The City of San Pablo lies in the southern portion of Laguna province...
, Laguna
Laguna
Laguna may refer to:* Laguna Pueblo, a Native American people of the southwestern United States- Asia :* Laguna , Philippines, a province of the Philippines found in the CALABARZON region in Luzon...
are descendants of the three Tek Son brothers from Guangzhou
Guangzhou
Guangzhou , known historically as Canton or Kwangchow, is the capital and largest city of the Guangdong province in the People's Republic of China. Located in southern China on the Pearl River, about north-northwest of Hong Kong, Guangzhou is a key national transportation hub and trading port...
, China
China
Chinese civilization may refer to:* China for more general discussion of the country.* Chinese culture* Greater China, the transnational community of ethnic Chinese.* History of China* Sinosphere, the area historically affected by Chinese culture...
.