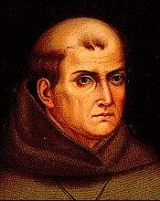 "Peninsular" redirects here. For the geographical formation, see peninsula
Peninsula
A peninsula is a piece of land that is bordered by water on three sides but connected to mainland. In many Germanic and Celtic languages and also in Baltic, Slavic and Hungarian, peninsulas are called "half-islands"....
.


In the colonial
Colonialism
Colonialism is the establishment, maintenance, acquisition and expansion of colonies in one territory by people from another territory. It is a process whereby the metropole claims sovereignty over the colony and the social structure, government, and economics of the colony are changed by...
caste
Caste
Caste is an elaborate and complex social system that combines elements of endogamy, occupation, culture, social class, tribal affiliation and political power. It should not be confused with race or social class, e.g. members of different castes in one society may belong to the same race, as in India...
system of Spanish America, a peninsular (peninsuˈlar, pl.
Grammatical number
In linguistics, grammatical number is a grammatical category of nouns, pronouns, and adjective and verb agreement that expresses count distinctions ....
peninsulares) was a Spanish-born
Spain
Spain , officially the Kingdom of Spain languages]] under the European Charter for Regional or Minority Languages. In each of these, Spain's official name is as follows:;;;;;;), is a country and member state of the European Union located in southwestern Europe on the Iberian Peninsula...
Spaniard
Spanish people
The Spanish are citizens of the Kingdom of Spain. Within Spain, there are also a number of vigorous nationalisms and regionalisms, reflecting the country's complex history....
or mainland Spaniard residing in the New World
New World
The New World is one of the names used for the Western Hemisphere, specifically America and sometimes Oceania . The term originated in the late 15th century, when America had been recently discovered by European explorers, expanding the geographical horizon of the people of the European middle...
, as opposed to a person of full Spanish descent born in the Americas or Philippines (known as criollos
Criollo (people)
The Criollo class ranked below that of the Iberian Peninsulares, the high-born permanent residence colonists born in Spain. But Criollos were higher status/rank than all other castes—people of mixed descent, Amerindians, and enslaved Africans...
). The word "peninsular" makes reference to the Iberian Peninsula
Iberian Peninsula
The Iberian Peninsula , sometimes called Iberia, is located in the extreme southwest of Europe and includes the modern-day sovereign states of Spain, Portugal and Andorra, as well as the British Overseas Territory of Gibraltar...
where Spain is located.

Offices of the Americas and Philippines were held by peninsulares. Apart from the distinction of peninsulares from criollos
Criollo (people)
The Criollo class ranked below that of the Iberian Peninsulares, the high-born permanent residence colonists born in Spain. But Criollos were higher status/rank than all other castes—people of mixed descent, Amerindians, and enslaved Africans...
, the casta
Casta
Casta is a Portuguese and Spanish term used in seventeenth and eighteenth centuries mainly in Spanish America to describe as a whole the mixed-race people which appeared in the post-Conquest period...
s system distinguished also mestizo
Mestizo
Mestizo is a term traditionally used in Latin America, Philippines and Spain for people of mixed European and Native American heritage or descent...
s (of mixed Spanish and Amerindian ancestry), mulato
Mulatto
Mulatto denotes a person with one white parent and one black parent, or more broadly, a person of mixed black and white ancestry. Contemporary usage of the term varies greatly, and the broader sense of the term makes its application rather subjective, as not all people of mixed white and black...
s (of mixed Spanish and black ancestry), indios, zambo
Zambo
Zambo or Cafuzo are racial terms used in the Spanish and Portuguese Empires and occasionally today to identify individuals in the Americas who are of mixed African and Amerindian ancestry...
s (mixed Amerindian and black ancestry) and finally blacks
Black people
The term black people is used in systems of racial classification for humans of a dark skinned phenotype, relative to other racial groups.Different societies apply different criteria regarding who is classified as "black", and often social variables such as class, socio-economic status also plays a...
. In some places and times, such as during the wars of independence, peninsulares were called deprecatively godos (for the "Visigoths
Visigothic Kingdom
The Visigothic Kingdom was a kingdom which occupied southwestern France and the Iberian Peninsula from the 5th to 8th century AD. One of the Germanic successor states to the Western Roman Empire, it was originally created by the settlement of the Visigoths under King Wallia in the province of...
," who had ruled Spain), or in Mexico
Mexico
The United Mexican States , commonly known as Mexico , is a federal constitutional republic in North America. It is bordered on the north by the United States; on the south and west by the Pacific Ocean; on the southeast by Guatemala, Belize, and the Caribbean Sea; and on the east by the Gulf of...
, gachupines or gaucho
Gaucho
Gaucho is a term commonly used to describe residents of the South American pampas, chacos, or Patagonian grasslands, found principally in parts of Argentina, Uruguay, Southern Chile, and Southern Brazil...
s.

Colonial officials at the highest levels arrived from Spain to fulfill their duty to govern Spanish
Spain
Spain , officially the Kingdom of Spain languages]] under the European Charter for Regional or Minority Languages. In each of these, Spain's official name is as follows:;;;;;;), is a country and member state of the European Union located in southwestern Europe on the Iberian Peninsula...
colonies in Latin America
Latin America
Latin America is a region of the Americas where Romance languages  – particularly Spanish and Portuguese, and variably French – are primarily spoken. Latin America has an area of approximately 21,069,500 km² , almost 3.9% of the Earth's surface or 14.1% of its land surface area...
. Often, the peninsulares had large quantities of land. They defended Cádiz
Cádiz
Cadiz is a city and port in southwestern Spain. It is the capital of the homonymous province, one of eight which make up the autonomous community of Andalusia....
's monopoly on trade, upsetting the criollos, who turned to contraband with British
Great Britain
Great Britain or Britain is an island situated to the northwest of Continental Europe. It is the ninth largest island in the world, and the largest European island, as well as the largest of the British Isles...
and French
France
The French Republic , The French Republic , The French Republic , (commonly known as France , is a unitary semi-presidential republic in Western Europe with several overseas territories and islands located on other continents and in the Indian, Pacific, and Atlantic oceans. Metropolitan France...
colonies, especially in areas away from the main ports of call for the Flota de Indias
Spanish treasure fleet
The Spanish treasure fleets was a convoy system adopted by the Spanish Empire from 1566 to 1790...
. They worked to preserve Spanish power and acted as agents of patrol, in certain cases.