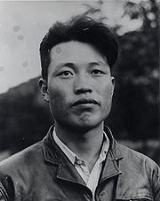 No Kum-Sok (born c. 1932) is a former lieutenant
Lieutenant
A lieutenant is a junior commissioned officer in many nations' armed forces. Typically, the rank of lieutenant in naval usage, while still a junior officer rank, is senior to the army rank...
of the North Korean Air Force
North Korean Air Force
The Korean People's Army Air Force, , is the name of the unified aviation forces of North Korea. The KPAF is the second-largest branch of the Korean People's Army with an estimated 110,000 personnel. It possesses between 1,600 and 1,700 aircraft of different types, mostly of Soviet and Chinese...
during the Korean War
Korean War
The Korean War was a conventional war between South Korea, supported by the United Nations, and North Korea, supported by the People's Republic of China , with military material aid from the Soviet Union...
who defected
Defection
In politics, a defector is a person who gives up allegiance to one state or political entity in exchange for allegiance to another. More broadly, it involves abandoning a person, cause or doctrine to whom or to which one is bound by some tie, as of allegiance or duty.This term is also applied,...
to South Korea
South Korea
The Republic of Korea , , is a sovereign state in East Asia, located on the southern portion of the Korean Peninsula. It is neighbored by the People's Republic of China to the west, Japan to the east, North Korea to the north, and the East China Sea and Republic of China to the south...
. On September 21, 1953, he flew his MiG-15 to the Kimpo Air Base in South Korea, claiming that he wanted to get away from the "red deceit." He received a $100,000 reward offered by Operation Moolah
Operation Moolah
Operation Moolah was a United States Air Force effort during the Korean War to obtain through defection a fully capable Soviet MiG-15 jet fighter. The MiG-15 was introduced by Communist forces on November 1, 1950 over the skies of Korea...
for defecting with his aircraft, which he claimed to have not heard about prior to his defection. He later emigrated to the United States
United States
The United States of America is a federal constitutional republic comprising fifty states and a federal district...
, graduated from the University of Delaware
University of Delaware
The university is organized into seven colleges:* College of Agriculture and Natural Resources* College of Arts and Sciences* Alfred Lerner College of Business and Economics* College of Earth, Ocean and Environment* College of Education and Human Development...
, married and became a U.S. citizen. He worked as an aeronautical engineer for Grumman, Boeing
Boeing
The Boeing Company is an American multinational aerospace and defense corporation, founded in 1916 by William E. Boeing in Seattle, Washington. Boeing has expanded over the years, merging with McDonnell Douglas in 1997. Boeing Corporate headquarters has been in Chicago, Illinois since 2001...
, General Dynamics
General Dynamics
General Dynamics Corporation is a U.S. defense conglomerate formed by mergers and divestitures, and as of 2008 it is the fifth largest defense contractor in the world. Its headquarters are in West Falls Church , unincorporated Fairfax County, Virginia, in the Falls Church area.The company has...
, General Motors
General Motors
General Motors Company , commonly known as GM, formerly incorporated as General Motors Corporation, is an American multinational automotive corporation headquartered in Detroit, Michigan and the world's second-largest automaker in 2010...
, General Electric
General Electric
General Electric Company , or GE, is an American multinational conglomerate corporation incorporated in Schenectady, New York and headquartered in Fairfield, Connecticut, United States...
, Lockheed
Lockheed Corporation
The Lockheed Corporation was an American aerospace company. Lockheed was founded in 1912 and later merged with Martin Marietta to form Lockheed Martin in 1995.-Origins:...
, DuPont
DuPont
E. I. du Pont de Nemours and Company , commonly referred to as DuPont, is an American chemical company that was founded in July 1802 as a gunpowder mill by Eleuthère Irénée du Pont. DuPont was the world's third largest chemical company based on market capitalization and ninth based on revenue in 2009...
, and Westinghouse
Northrop Grumman Electronic Systems
' was created by Northrop Grumman's acquisition of Westinghouse Electronic Systems Group in 1996. The Electronic Systems sector is a leading designer, developer, and manufacturer of a wide variety of advanced defense electronics and systems. The division has 120 locations worldwide, including 72...
. He was joined in the U.S by his mother, who had been evacuated from North Korea
North Korea
The Democratic People’s Republic of Korea , , is a country in East Asia, occupying the northern half of the Korean Peninsula. Its capital and largest city is Pyongyang. The Korean Demilitarized Zone serves as the buffer zone between North Korea and South Korea...
. After emigrating, he anglicized his name to "Kenneth Rowe". 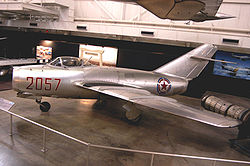