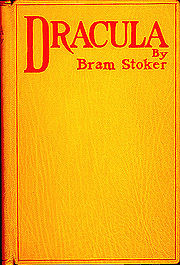 Morocco leather is a leather
Leather
Leather is a durable and flexible material created via the tanning of putrescible animal rawhide and skin, primarily cattlehide. It can be produced through different manufacturing processes, ranging from cottage industry to heavy industry.-Forms:...
made from goatskin
Goatskin (material)
Goatskin is the skin of a goat.Non tanned goatskin is used for parchment or for drumheads or sounding boards of some musical instruments, e.g., mišnice in medieval Europe, bodhrán in Ireland, esraj in India and for instrumental drum skin named bedug in Indonesia.Tanned leather from goatskin is...
, dyed red (traditionally using Sumac
Sumac
Sumac is any one of approximately 250 species of flowering plants in the genus Rhus and related genera, in the family Anacardiaceae. Sumacs grow in subtropical and temperate regions throughout the world, especially in Africa and North America....
) on the grain side and then tanned by hand to bring up the grain in a bird's-eye pattern
Birdseye maple
Bird's eye is a type of figure that occurs within several kinds of wood, most notably in hard maple. It has a distinctive pattern that resembles tiny, swirling eyes disrupting the smooth lines of grain. It is somewhat reminiscent of a burl, but it is quite different: the small knots that make the...
.

Originally Morocco leather was imported from Morocco
Morocco
Morocco , officially the Kingdom of Morocco , is a country located in North Africa. It has a population of more than 32 million and an area of 710,850 km², and also primarily administers the disputed region of the Western Sahara...
, and was used from the late sixteenth century in the binding of luxury, where it was appreciated for its strength and because it showed off the gilding.