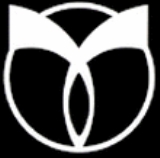 The Milice often resorted to torture to extract information or confessions from those they rounded up. They were often considered more dangerous to the French Resistance than the Gestapo and SS since they were Frenchmen who spoke the language, had a full knowledge of the towns and land, and knew people and informers.

Milice troops, known as miliciens, wore a blue uniform coat, a brown shirt and a wide blue beret
Beret
A beret is a soft, round, flat-crowned hat, designated a "cap", usually of woven, hand-knitted wool, crocheted cotton, or wool felt, or acrylic fiber....
. (During active paramilitary-style operations, a pre-war French Army helmet was used.) Its newspaper was Combats. (Not to be confused with the underground Resistance newspaper, Combat
Combat (newspaper)
Combat was a French newspaper created during the Second World War. Originally a clandestine newspaper of the Resistance, it was headed by Albert Ollivier, Jean Bloch-Michel, Georges Altschuler and, most of all, Albert Camus, Jean-Paul Sartre, André Malraux, Emmanuel Mounier, and then Raymond Aron...
.) It employed both full-timers and part-timers, as well as a youth wing. The Milice's armed forces were officially known as the Franc-Gardes.

Early volunteers for the Milice included members of France's pre-war far right-wing parties, such as the Action Française
Action Française
The Action Française , founded in 1898, is a French Monarchist counter-revolutionary movement and periodical founded by Maurice Pujo and Henri Vaugeois and whose principal ideologist was Charles Maurras...
, but also working-class men by then convinced of the blessings of Vichy's alliance with Nazi Germany.

In addition to ideology, incentives for joining the Milice included employment, regular pay and rations. (The latter became particularly important as the war went on and civilian rations dwindled steadily to almost starvation levels.) Some also joined because members of their families had been killed or injured in Allied bombing raids or had been threatened, extorted or attacked by French Resistance
French Resistance
The French Resistance is the name used to denote the collection of French resistance movements that fought against the Nazi German occupation of France and against the collaborationist Vichy régime during World War II...
groups. Still others joined for less exalted reasons, such as petty criminals who were told their crimes would be overlooked if they joined the organization. Volunteers for the Milice were also exempt from being sent to Germany as forced labor.

The Resistance targeted individual miliciens for assassination, often in open areas such as cafés and public streets. They scored their first success on April 24, 1943, when they gunned down Marseilles milicien Paul de Gassovski. By late November, Combats reported that 25 miliciens had been killed and 27 wounded in Resistance attacks (the actual numbers were likely higher).

By far the most prominent milicien to fall to the Resistance was Philippe Henriot
Philippe Henriot
Philippe Henriot was a French politician.Moving to the far right after beginnings in Roman Catholic conservatism in the Republican Federation, Henriot was elected to the Third Republic's Chamber of Deputies for the Gironde département in 1932 and 1936...
, the Vichy regime's Minister of Information and Propaganda, who was known as "the French Goebbels
Goebbels
Goebbels, alternatively Göbbels, is a common surname in the western areas of Germany. It is probably derived from the Old Low German word gibbler, meaning brewer...
." He and his wife were killed in their apartment in the Ministry of Information in the rue Solferino in the pre-dawn hours of June 28, 1944 by résistants dressed as miliciens. The Milice retaliated for these killings by killing several well-known Anti-Nazi politicians and intellectuals, such as Victor Basch
Victor Basch
Basch Viktor Vilém, or Victor-Guillaume Basch was a French politician and professor of germanistics and philosophy at the Sorbonne descending vom Hungary...
, as well as the prewar conservative leader Georges Mandel
Georges Mandel
Georges Mandel was a French politician, journalist, and French Resistance leader.-Biography:Born Louis George Rothschild in Chatou, Yvelines, was the son of a tailor...
.

Confined initially to the former zone libre
Zone libre
The zone libre was a partition of the French metropolitan territory during the Second World War, established at the Second Armistice at Compiègne on June 22, 1940. It lay to the south of the demarcation line and was administered by the French government of Marshal Philippe Pétain based in Vichy,...
of France under the control of the Vichy regime (which moderated its actions and forbade some of its more radical aspirations), the radicalized Milice in January 1944 moved into what had been the zone occupée
Zone occupée
The zone occupée was the area of France where German occupying troops were deployed during the Second World War after the signature of the Second Armistice at Compiègne...
of France, including Paris. They established their headquarters in the old Communist Party headquarters at 44 rue Le Peletier as well as 61 rue Monceau, in a house formerly owned by the Menier family
Menier family
The Menier family of Noisiel, France, was a prominent family of chocolatiers who began as pharmaceutical manufacturers in Paris in 1816. They would build a highly successful enterprise, expanding to London, England, and New York City, New York, USA. The Menier Chocolate Co. remained in the family...
, makers of France's best-known chocolates. The Lycée Louis-Le-Grand
Lycée Louis-le-Grand
The Lycée Louis-le-Grand is a public secondary school located in Paris, widely regarded as one of the most rigorous in France. Formerly known as the Collège de Clermont, it was named in king Louis XIV of France's honor after he visited the school and offered his patronage.It offers both a...
was occupied as a barracks. An officer candidate school was established, likely with intentional irony, in the Auteuil
Auteuil-Neuilly-Passy
Auteuil and Passy are part of the 16th arrondissement of Paris. They are located near the Bois de Boulogne and the suburb of Neuilly-sur-Seine too....
synagogue.

Perhaps the largest and best-known operation by the Milice was its attempt in March 1944 to suppress the Resistance in the département of Haute-Savoie
Haute-Savoie
Haute-Savoie is a French department in the Rhône-Alpes region of eastern France. It borders both Switzerland and Italy. The capital is Annecy. To the north is Lake Geneva and Switzerland; to the south and southeast are the Mont Blanc and Aravis mountain ranges and the French entrance to the Mont...
in the southeast of France near the Swiss border, the Battle of Glières
Maquis des Glières
The Maquis des Glières was a Free French Resistance group, which fought against the 1940-1944 German occupation of France in World War II. The name is also given to the military conflict that opposed Resistance fighters to German, Vichy and Milice forces....
. The efforts of the Milice proved insufficient, however, and German troops had to be called in to complete the operation. On Bastille Day (14 July) 1944, miliciens put down with great brutality a revolt among the prisoners at Paris' notorious Santé prison
La Santé Prison
La Santé Prison is a prison operated by the Ministry of Justice located in the 14th arrondissement of Paris, France. It is one of the most famous prisons in France, with both VIP and high security wings....
.

The precise legal standing of the Milice was never formalized. It operated parallel to, but separately from, the normal (Vichy) French police force. It was outside of (indeed, above) the law such as it existed at the time and its actions were never subject to judicial review or control.

In August 1944, rightly fearing he would be called to account for the operations of the Milice, Marshal Philippe Pétain
Philippe Pétain
Henri Philippe Benoni Omer Joseph Pétain , generally known as Philippe Pétain or Marshal Pétain , was a French general who reached the distinction of Marshal of France, and was later Chief of State of Vichy France , from 1940 to 1944...
made a clumsy effort to distance himself from the organization by writing a harsh letter rebuking Darnand for the organization's "excesses". Darnand sent back a sarcastic reply, telling Pétain that he ought to have voiced his objections sooner.

The actual strength of the organization is a matter of some debate, but was likely between 25,000-35,000 (including part-time members and non-combatants) by the time of the Allied invasion of Normandy in June 1944. It began melting away rapidly thereafter, however. Following the Liberation of France, those of its members who failed to complete their escape to Germany (where they were impressed into the Charlemagne Division of the Waffen-SS
Waffen-SS
The Waffen-SS was a multi-ethnic and multi-national military force of the Third Reich. It constituted the armed wing of the Schutzstaffel or SS, an organ of the Nazi Party. The Waffen-SS saw action throughout World War II and grew from three regiments to over 38 divisions, and served alongside...
) or elsewhere abroad generally faced either being imprisoned for treason, executed following summary courts-martial, or were simply shot out of hand by vengeful résistants and enraged civilians.

An unknown number of miliciens managed to escape prison or execution, either by going underground or fleeing abroad. A tiny number were prosecuted later. The most notorious of these was Paul Touvier
Paul Touvier
Paul Touvier was a French Nazi collaborator. In 1994, he was the first Frenchman convicted of crimes against humanity for his actions in Vichy France.- Early life :...
, the former commander of the Milice in Lyon. In 1994, he was convicted of ordering the retaliatory execution of seven Jews at Rillieux-la-Pape
Rillieux-la-Pape
Rillieux-la-Pape is a commune in the Rhône department in eastern France.-External links:*...
. He died in prison two years later.

Since the Second World War, the term milice has acquired a derogatory meaning in French
French language
French is a Romance language spoken as a first language in France, the Romandy region in Switzerland, Wallonia and Brussels in Belgium, Monaco, the regions of Quebec and Acadia in Canada, and by various communities elsewhere. Second-language speakers of French are distributed throughout many parts...
.

French hard rock ensemble Trust
Trust (band)
Trust is a French rock band closely associated with both AC/DC and the New Wave of British Heavy Metal.-History:Trust was founded in 1977 by:* Bernard "Bernie" Bonvoisin * Norbert "Nono" Krief...
had a hit named "Police Milice", where its frontman Bernard Bonvoisin
Bernard Bonvoisin
Bernard "Bernie" Bonvoisin is a French hard rock singer and film director. He is best known for having been the singer of Trust....
compared modern day "cops"
Police officer
A police officer is a warranted employee of a police force...
to the fascist lackeys of yore.

The 2003 drama The Statement, directed by Norman Jewison
Norman Jewison
Norman Frederick Jewison, CC, O.Ont is a Canadian film director, producer, actor and founder of the Canadian Film Centre. Highlights of his directing career include In the Heat of the Night , The Thomas Crown Affair , Fiddler on the Roof , Jesus Christ Superstar , Moonstruck , The Hurricane and The...
and starring Michael Caine
Michael Caine
Sir Michael Caine, CBE is an English actor. He won Academy Awards for best supporting actor in both Hannah and Her Sisters and The Cider House Rules ....
, was inspired by the story of Paul Touvier
Paul Touvier
Paul Touvier was a French Nazi collaborator. In 1994, he was the first Frenchman convicted of crimes against humanity for his actions in Vichy France.- Early life :...
, a Vichy French police official, who was indicted after World War II for war crimes. The film was based on a 1996 novel by Brian Moore
Brian Moore (novelist)
Brian Moore was a Northern Irish novelist and screenwriter who emigrated to Canada and later lived in the United States. He was acclaimed for the descriptions in his novels of life in Northern Ireland after the Second World War, in particular his explorations of the inter-communal divisions of The...
, with a screenplay written by Ronald Harwood
Ronald Harwood
Sir Ronald Harwood CBE is an author, playwright and screenwriter. He is most noted for his plays for the British stage as well as the screenplays for The Dresser and The Pianist, for which he won the 2003 Academy Award for Best Adapted Screenplay...
. The film depicts members of the Milice participating in the arrest and execution of French Jews.