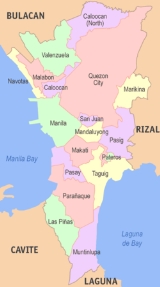 The MMDA performs planning, monitoring and coordinative functions, and in the process exercise regulatory and supervisory authority over the delivery of metro-wide services within Metro Manila without diminution of the autonomy of the local government units concerning purely local matters.

The agency is headed by a Chairman, who is appointed by the President and continues to hold office at the discretion of the appointing authority. He is vested with the rank, rights, privileges, disqualifications, and prohibitions of a cabinet member.

The Assistant General Manager for Planning should have not less than five (5) years extensive experience in development and planning or must hold a master's degree in urban planning or similar disciplines.

The MMDA is responsible for services that have metro-wide impact and transcend local political boundaries, or entail huge expenditures beyond the capability of the individual local government units (LGUs) of Metropolitan Manila. These services include: 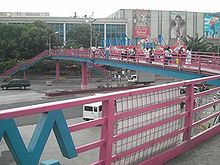 Functions of the Chairman

Functions of the General Manager

The general manager shall:

The governing board and policy making body of the MMDA is the Metro Manila Council, composed of the mayors of the cities and municipalities.

The heads of the Department of Transportation and Communications (DOTC), Department of Public Works and Highways (DPWH), Department of Tourism (DOT), Department of Budget and Management (DBM), Housing and Urban Development Coordinating Committee (HUDCC), and Philippine National Police (PNP) or their duly authorized representatives, attend meetings of the council as non-voting members.


Functions of the Metro Manila Council

The Council is the policy-making body of the MMDA.


Institutional Linkages of the MMDA


Sources of Funds and the Operating Budget

The Gwapotel Inn is a cheap hotel run by the Metropolitan Manila Development Authority. A second Gwapotel was announced in December, 2007.

To compensate for the closure of these communication mediums, The MMDA turned to social media such as Twitter to broadcast traffic updates to users following them.

Particularly during Bayani Fernando's tenure, the MMDA came under criticism from various international and Filipino human rights advocacy groups who argue that their 'Metro Gwapo' (Handsome Manila) campaign involves violent slum demolitions and the detainment of homeless residents, including children, in jail-like centres. These has since ceased during Inocentes and Tolentino's administration.

In the past, such practices were justified by rhetoric that street children need to be 'rescued' from the street. Advocacy groups contend that in seeking to create a beautiful metropolis, the MMDA often treat Metro Manila's urban poor like 'rubbish' on the street.

A report from PREDA that was funded by UNICEF, claims inhumane proceedings to caught vagrants. One footage discloses the existence of such treatments.

Flooding and cleanup became a concern as well, particularly in the post-Bayani administration.

The MMDA, once notified, investigates the claim, and will deploy undercover agents to verify the claim. Once the veracity has been confirmed, the enforcer is arrested, stripped of ranks and promptly dismissed from service.


Criticisms regarding abuse of power, extortion and blackmail

Their MMDA traffic enforcers are notorious for their blatant abuse of authority regarding traffic rules and enforcement, most often resulting to extortion, red tape and blackmail, using most often trumped up laws as an excuse to hold motorists on the road, and coerce the victim into paying exhorbitant fees as an escape from getting a ticket and having their driver's licenses held at their offices.,. Please note that the MMDA are now no longer allowed to hold a motorists license, except if a motorist/driver is involved in an accident, or, the motorist is a repeat offender, having three violations for the same count without having paid their previous fines and the violations as listed on this traffic fine list from the MMDA webpage. They can only ask for your license to list your name on the ticket and are required to return them ASAP.

Also a common sight is a horde of their enforcers grouped together to make their bullying more effective (like a venue of vultures, waiting for their unwilling, unsuspecting prey to just give up anmd die). As cited by this article they are not allowed to group into even groups of two,. Time and again the MMDA has been lambasted by local TV News programs and print media for their abuse of power and inefficacy. They are like dinosaurs that have gone way past their era, that should be placed in a museum as a case study into what a government and society should avoid doing again.