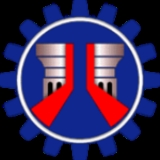 The history of the DPWH stretches back as far as the history of Philippine government itself. During Spanish times, the Spanish constructed the first roads in the Philippines using significant forced labor. These public works projects were not only used in the connection of towns and fortresses, but also in improving communications. As Spain expanded the scale of its public works projects, it resorted to a policy of attraction through public works projects. In 1867, in order to pursue this objective, the King of Spain by decree designated the Spanish Governor-General as the Chief of Public Works assisted by Junta Consultiva through a Royal Degree in 1867. Joan Lucero

It was in 1868 that the DPWH was born as the Bureau of Public Works and Highways, or Obras Publicas. Alongside the Bureau of Communications and Transportation (Communicaciones y Meteologia), now the Department of Transportation and Communications, the BPWH was organized under a civil engineer known as the “Director General”. It was responsible for all public works projects being done in the islands.

During the American period, public works projects were initially put in the hands of the U.S. Army Corps of Engineers. However, this was transferred to a department known as the "Provincial Supervisions" on February 6, 1901. This eventually became the Department of Commerce and Police (DCP) in 1902, with two public works-related agencies, the Bureau of Engineering and Construction for public works projects and the Bureau of Architecture and Construction for the construction of public buildings. Both agencies were eventually merged into a bureau known as the Bureau of Public Works and was eventually subsumed into the DCP during reorganization in 1905. To keep pace with further developments in transportation and communications, the DCP was transformed into the Department of Commerce and Communications (DCC) in 1921.

During World War II
World War II
World War II, or the Second World War , was a global conflict lasting from 1939 to 1945, involving most of the world's nations—including all of the great powers—eventually forming two opposing military alliances: the Allies and the Axis...
, the DPWC's offices were destroyed in the Japanese occupation of the Philippines. It resumed operations in 1946, albeit with limited funds and manpower. To assist reconstruction efforts, the U.S. Bureau of Public Roads set up an office in the Philippines to coordinate with the Philippine Bureau of Public Works in implementing the Philippine highway network, which was in ruins.

On January 30, 1987, with the approval of the 1987 Constitution, the MPW was merged with the former Ministry of Public Highways to become the present-day DPWH.

DPWH is highly perceived as one of the two most corrupt agencies in the country. Among the most prominent cases which many department executives got involved into was the repair scam. DPWH Undersecretary Salvador A. Pleyto was dismissed by the Office of the Ombudsman from service due to corruption. To rectify the problem of corruption in the department, it engaged itself in a series of Integrity Assessment. DPWH are among the first agencies to have implemented the electronic National Government Accounting System.
The source of this article is wikipedia, the free encyclopedia.  The text of this article is licensed under the GFDL.