Bragadin joined the Fanti da Mar (marine infantry) Corps of the Republic of Venice
Republic of Venice
The Republic of Venice or Venetian Republic was a state originating from the city of Venice in Northeastern Italy. It existed for over a millennium, from the late 7th century until 1797. It was formally known as the Most Serene Republic of Venice and is often referred to as La Serenissima, in...
. In 1569, he was appointed Captain-General of Famagusta
Famagusta
Famagusta is a city on the east coast of Cyprus and is capital of the Famagusta District. It is located east of Nicosia, and possesses the deepest harbour of the island.-Name:...
in Cyprus
Cyprus
Cyprus , officially the Republic of Cyprus , is a Eurasian island country, member of the European Union, in the Eastern Mediterranean, east of Greece, south of Turkey, west of Syria and north of Egypt. It is the third largest island in the Mediterranean Sea.The earliest known human activity on the...
and led the Venetian resistance to the Ottoman conquest that began in 1570. He was gruesomely killed in August 1571 after the Ottoman
Ottoman Empire
The Ottoman EmpireIt was usually referred to as the "Ottoman Empire", the "Turkish Empire", the "Ottoman Caliphate" or more commonly "Turkey" by its contemporaries...
s took the city, the fall of which signalled the end of Western presence in the Mediterranean island for the next three centuries.

He was born at Venice
Venice
Venice is a city in northern Italy which is renowned for the beauty of its setting, its architecture and its artworks. It is the capital of the Veneto region...
. After a short stint as lawyer
Lawyer
A lawyer, according to Black's Law Dictionary, is "a person learned in the law; as an attorney, counsel or solicitor; a person who is practicing law." Law is the system of rules of conduct established by the sovereign government of a society to correct wrongs, maintain the stability of political...
in 1543, Bragadin pursued a career in the navy, being entrusted with several posts on the Venetian galleys.

Once back in Venice Bragadin was pressed into the city's magistrates; in 1560 and later in 1566 he was made a galley governor, without, though, having occasion to actually assume command of a ship.

In 1569 he was elected as Captain of the Kingdom of Cyprus and moved to Famagusta
Famagusta
Famagusta is a city on the east coast of Cyprus and is capital of the Famagusta District. It is located east of Nicosia, and possesses the deepest harbour of the island.-Name:...
, then a rich port, where he assumed civil governorship over the whole island, well aware that a decisive clash with the Ottoman fleet was imminent.

Bragadin worked hard to fortify Famagusta thoroughly; the introduction of gunpowder meant that scientifically-planned fortifications with solid walls were needed. So the harbour was endowed with strong defenses, such as the Martinengo bastion, an excellent example of modern fortification granting easy defense on both sides of its walls.

The Turks landed at Cyprus on July, 3, 1570. Nicosia
Nicosia
Nicosia from , known locally as Lefkosia , is the capital and largest city in Cyprus, as well as its main business center. Nicosia is the only divided capital in the world, with the southern and the northern portions divided by a Green Line...
fell in two months' time and its garrison was slaughtered. The head of the locumtenens regni ("viceroy"), Niccolò Dandolo, was sent to Bragadin, who, undaunted, prepared for the enemy assault.


The Siege of Famagusta

Famagusta came under siege in September; the Ottoman forces kept pressure on for months, while their artillery relentlessly pounded the city's bulwarks.

Marcantonio Bragadin led the defence of Famagusta with Lorenzo Tiepolo, Captain of Paphos
Paphos
Paphos , sometimes referred to as Pafos, is a coastal city in the southwest of Cyprus and the capital of Paphos District. In antiquity, two locations were called Paphos: Old Paphos and New Paphos. The currently inhabited city is New Paphos. It lies on the Mediterranean coast, about west of the...
, and general Astorre Baglioni.

According to Venetian chroniclers (whose numbers are treated with some skepticism by modern scholarship), about 6,000 garrison troops stood against some 100,000 Turks with 1,500 cannons, backed by about 150 ships enforcing a naval blockade to stave off reinforcements and victuals.

The besieged garrison of Famagusta put up a heroic struggle lasting well beyond the most optimistic assumptions, against far superior enemy numbers and without any hope of help from the motherland. Furthermore the Turks were employing new tactics. The entire belt of walls surrounding the town and the exterior plain was filled with earth up to the top of the fortifications. In the meantime a number of tunnels were dug out towards and under the city walls to undermine and breach them.

In July, 1571 the Turks eventually breached the fortifications and their forces broke into the citadel, being repulsed only at the cost of heavy losses. With provender and ammunition running out, on 31 July Bragadin had to agree to a surrender. 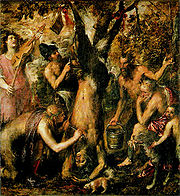 Famagusta's defenders made terms with the Ottomans before the city was taken by force, since the traditional laws of war allowed for negotiation before the city's defenses were successfully breached, whereas after a city fell by storm all lives and property in the city would be forfeit. The Ottoman commander generously agreed that, in return for the city's surrender, all Westerners in the city could exit under their own flag and be guaranteed safe passage to Crete; Greeks could leave immediately, or wait two years to decide whether to remain in Famagusta under Ottoman rule, or depart the city for any destination of their choice. For the next four days, evacuation proceeded smoothly. Then, at the surrender ceremony where Bragadin offered the vacated city to Mustafa, the Ottoman general, after initially receiving him with every courtesy, began behaving erratically, accusing him of murdering Turkish prisoners and hiding munitions. Suddenly, Mustafa pulled a knife and cut off Bragadin's right ear, then ordered his guards to cut off the other ear and his nose. There followed a massacre of all Christians still in the city, with Bragadin himself most brutally abused. After being left in prison for two weeks, his earlier wounds festering, he was "dragged round the walls with sacks of earth and stone on his back; next, tied to a chair, he was hoisted to the yardarm of the Turkish flagship and exposed to the taunts of the sailors. Finally he was taken to the place of execution in the main square, tied naked to a column, and flayed alive
Flaying
Flaying is the removal of skin from the body. Generally, an attempt is made to keep the removed portion of skin intact.-Scope:An animal may be flayed in preparation for human consumption, or for its hide or fur; this is more commonly called skinning....
." Bragadin's quartered body was then distributed as a war trophy among the army, and his skin was stuffed with straw and sewn, reinvested with his military insignia, and exhibited riding an ox
Ox
An ox , also known as a bullock in Australia, New Zealand and India, is a bovine trained as a draft animal. Oxen are commonly castrated adult male cattle; castration makes the animals more tractable...
in a mocking procession along the streets of Famagusta. The macabre trophy, together with the severed heads of general Alvise Martinengo, Gianantonio Querini and castellan
Castellan
A castellan was the governor or captain of a castle. The word stems from the Latin Castellanus, derived from castellum "castle". Also known as a constable.-Duties:...
Andrea Bragadin, was hoisted upon the masthead pennant of the personal galley of the Ottoman commander, Amir al-bahr Mustafa Pasha, to be brought to Constantinople as a gift for Sultan Selim II
Selim II
Selim II Sarkhosh Hashoink , also known as "Selim the Sot " or "Selim the Drunkard"; and as "Sarı Selim" or "Selim the Blond", was the Sultan of the Ottoman Empire from 1566 until his death in 1574.-Early years:He was born in Constantinople a son of Suleiman the...
.

Bragadin's skin was later purloined from the Constantinople's arsenal
Arsenal
An arsenal is a place where arms and ammunition are made, maintained and repaired, stored, issued to authorized users, or any combination of those...
in 1580 by the young Venetian seaman, Girolamo Polidori, who brought it back to Venice. The skin was preserved first in the church of San Gregorio, then interred in the Basilica di San Giovanni e Paolo, a traditional burial place of the doges, where it still is.

Bragadin's fame rests upon the incredible resistance that he made against the vastly superior besieging forces. From a military point of view, the besieged garrison's perseverance required a massive effort by the Ottoman Turks, who were so heavily committed that they were unable to redeploy in time when the Holy League
Holy League
Holy League may refer to:* Holy League , AKA "League of Venice", alliance of several opponents of French hegemony in Italy, arranged by Pope Alexander VI...
built up the fleet later victorious against the Muslim power at Lepanto
Battle of Lepanto (1571)
The Battle of Lepanto took place on 7 October 1571 when a fleet of the Holy League, a coalition of Catholic maritime states, decisively defeated the main fleet of the Ottoman Empire in five hours of fighting on the northern edge of the Gulf of Patras, off western Greece...
. Historians to this day debate just why Venice did not send help to Bragadin from Souda
Souda
Souda is a town and former municipality in the Chania peripheral unit, Crete, Greece. Since the 2011 local government reform it is part of the municipality Chania, of which it is a municipal unit. It is an important ferry and naval port at the head of Souda Bay.Souda is 6.5 km to the east of...
, Crete
Crete
Crete is the largest and most populous of the Greek islands, the fifth largest island in the Mediterranean Sea, and one of the thirteen administrative regions of Greece. It forms a significant part of the economy and cultural heritage of Greece while retaining its own local cultural traits...
. It is alleged that some Venetians thought about putting their limited military assets to better use in the forthcoming clash, already in sight, which would climax in the Battle of Lepanto.

When news of Bragadin's agonizing death reached Venice, he was regarded as a martyr and his story galvanized Venetian soldiers in the fleet of the Holy League. The Venetian seamen went on to fight with greater zeal than any of the other combatants at the decisive Battle of Lepanto
Battle of Lepanto
The Battle of Lepanto normally refers to the 1571 Holy League victory over the Ottoman fleet. There were also three earlier battles fought in the vicinity of Lepanto:*Battle of Naupactus in 429 BC, an Athenian victory during the Peleoponnesian War...
where an Ottoman fleet was crushed by the combined force of much of Western Europe.