Modes of a hazard 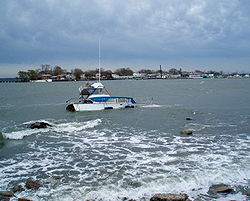 By its nature, a hazard involves something that could potentially be harmful to a person's life, health, property, or the environment. One key concept in identifying a hazard is the presence of stored energy that, when released, can cause damage. Stored energy can occur in many forms: chemical, mechanical, thermal, radioactive, electrical, etc. Another class of hazard does not involve release of stored energy, rather it involves the presence of hazardous situations. Examples include confined or limited egress spaces, oxygen-depleted atmospheres, awkward positions, repetitive motions, low-hanging or protruding objects, etc

There are several methods of classifying a hazard, but most systems use some variation on the factors of "likelihood" of the hazard turning into an incident and the "seriousness" of the incident if it were to occur. (This discussion moved away from hazard to a discussion of risk.)

A common method is to score both likelihood and seriousness on a numerical scale (with the most likely and most serious scoring highest) and multiplying one by the other in order to reach a comparative score.

This score can then be used to identify which hazards may need to be mitigated. A low score on likelihood of occurrence may mean that the hazard is dormant, whereas a high score would indicate that it may be an "active" hazard.

An important component of "seriousness if incident occurred" is "serious to whom?" Different populations may be affected differently by accidents. For example, an explosion will have widely differing effects on different populations depending on the distance from the explosion. These effects can range from death from overpressure or shrapnel to inhalation of noxious gases (for people downwind) to being exposed to a loud noise.

There are many causes, but they can broadly be classified as below. See the linked articles for comprehensive lists of each type of hazard.