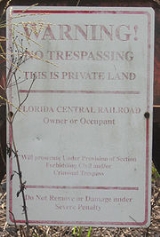 Overview
Trespass is an area of tort law broadly divided into three groups: trespass to the person, trespass to chattels and trespass to land.

Trespass to the person, historically involved six separate trespasses: threats, assault, battery, wounding, mayhem, and maiming. Through the evolution of the common law in various jurisdictions, and the codification of common law torts, most jurisdictions now broadly recognize three trespasses to the person: assault, which is "any act of such a nature as to excite an apprehension of battery"; battery, "any intentional and unpermitted contact with the plaintiff's person or anything attached to it and practically identified with it"; and false imprisonment, the "unlaw[ful] obstruct[ion] or depriv[ation] of freedom from restraint of movement."

I want practical cases of tortious law.moreover,i want to know the difference between trespass and baterry.
More
x