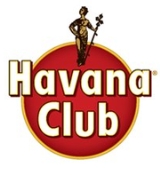 Encyclopedia
Havana Club is a brand of rum
Rum
Rum is a distilled alcoholic beverage made from sugarcane by-products such as molasses, or directly from sugarcane juice, by a process of fermentation and distillation. The distillate, a clear liquid, is then usually aged in oak barrels...
, made in Santa Cruz del Norte
Santa Cruz del Norte
Santa Cruz del Norte is a municipality in the Mayabeque Province of Cuba. Before 2011 belonged to [La Habana Province]. It is located in the north shore, between the cities of Havana and Matanzas, at the mouth of the Santa Cruz River....
, Cuba
Cuba
The Republic of Cuba is an island nation in the Caribbean. The nation of Cuba consists of the main island of Cuba, the Isla de la Juventud, and several archipelagos. Havana is the largest city in Cuba and the country's capital. Santiago de Cuba is the second largest city...
. The brand was established by José Arechabala in 1878. After the Cuban Revolution
Cuban Revolution
The Cuban Revolution was an armed revolt by Fidel Castro's 26th of July Movement against the regime of Cuban dictator Fulgencio Batista between 1953 and 1959. Batista was finally ousted on 1 January 1959, and was replaced by a revolutionary government led by Castro...
of 1959, the distillery and company was nationalized by the Cuban government; subsequently, the Arechabala family left for Spain
Spain
Spain , officially the Kingdom of Spain languages]] under the European Charter for Regional or Minority Languages. In each of these, Spain's official name is as follows:;;;;;;), is a country and member state of the European Union located in southwestern Europe on the Iberian Peninsula...
, then emigrated to the United States
United States
The United States of America is a federal constitutional republic comprising fifty states and a federal district...
. Since 1994 it has been produced by Havana Club International, a 50:50 joint venture
Joint venture
A joint venture is a business agreement in which parties agree to develop, for a finite time, a new entity and new assets by contributing equity. They exercise control over the enterprise and consequently share revenues, expenses and assets...
between Pernod Ricard
Pernod Ricard
Pernod Ricard is a French company that produces distilled beverages. The company's eponymous products, Pernod Anise and Ricard Pastis, are both anise-flavoured liqueurs and are often referred to simply as Pernod or Ricard...
and the Cuban government.

Cuban Barrel Proof is bottled straight from the barrel. The alcohol content is slightly higher than Añejo 15 Años at 45% ABV. It is blended by Don José Navarro then "finished" in younger oak casks to recreate its oak aroma and bouquet. The casks are then opened and the batch of rum is bottled.

Máximo Extra Añejo was announced in November 2006 by Pernod Ricard, whose marketeers labelled it a new "ultra-premium extra-aged rum". This Rum is a blend of many different ages of rum, repeatedly blended with fresh sugarcane distillate and then further aged. The final act of blending, the "toque" produces the finished product. Its retail price is set at $1743 per bottle.

Havana Club has other grades of rum, all aged for different periods of time.

Havana Club also produces Loco (sometimes called Havana Loco) which is fruit juice mixed with Añejo Blanco rum (loco in Spanish
Spanish language
Spanish , also known as Castilian , is a Romance language in the Ibero-Romance group that evolved from several languages and dialects in central-northern Iberia around the 9th century and gradually spread with the expansion of the Kingdom of Castile into central and southern Iberia during the...
means crazy). These drinks are a derivative of Smirnoff and Bacardi pre-mixed drinks. The flavors are:

The Havana Club brand is sold outside of Cuba in conjunction with Pernod Ricard
Pernod Ricard
Pernod Ricard is a French company that produces distilled beverages. The company's eponymous products, Pernod Anise and Ricard Pastis, are both anise-flavoured liqueurs and are often referred to simply as Pernod or Ricard...
. Havana Club is not sold in the United States, however, due to the United States embargo against Cuba
United States embargo against Cuba
The United States embargo against Cuba is a commercial, economic, and financial embargo partially imposed on Cuba in October 1960...
. Bacardi
Bacardi
Bacardi is a family-controlled spirits company, best known as a producer of rums, including Bacardi Superior and Bacardi 151. The company sells in excess of 200 million bottles per year in nearly 100 countries...
sells a different rum in the U.S., also called Havana Club but unrelated to the Cuban version. The Bacardi product
Havana Club (Bacardi)
Havana Club is a rum made by Bacardi in Puerto Rico, with the original recipe of José Arechabala, and sold in the United States.-History:Havana Club rum, was first created by José Arechabala in 1934 and sold throughout the world from his family-owned distillery in Cuba...
, which is made in Puerto Rico, has been the subject of trademark violation litigation by Pernod Ricard.

Havana Club rums have generally performed well at international spirit ratings
Spirit ratings
With a growing number of microdistilleries and an expanding number of offerings from large corporate entities, a number of institutions have arisen to provide professional evaluations of individual spirits...
competitions. The Havana Club Seleccion de Maestros is Havana's most highly-rated offering, having received very positive reviews from the San Francisco World Spirits Competition and the Beverage Testing Institute. Proof66 places the Seleccion amongst the 10 most highly-rated rums in the world.