Encyclopedia
George Tierney PC  was an English
England
England is a country that is part of the United Kingdom. It shares land borders with Scotland to the north and Wales to the west; the Irish Sea is to the north west, the Celtic Sea to the south west, with the North Sea to the east and the English Channel to the south separating it from continental...
Whig politician.

Born in Gibraltar
Gibraltar
Gibraltar is a British overseas territory located on the southern end of the Iberian Peninsula at the entrance of the Mediterranean. A peninsula with an area of , it has a northern border with Andalusia, Spain. The Rock of Gibraltar is the major landmark of the region...
, Tierney was the son of Thomas Tierney, a wealthy Irish
Ireland
Ireland is an island to the northwest of continental Europe. It is the third-largest island in Europe and the twentieth-largest island on Earth...
merchant of London
London
London is the capital city of :England and the :United Kingdom, the largest metropolitan area in the United Kingdom, and the largest urban zone in the European Union by most measures. Located on the River Thames, London has been a major settlement for two millennia, its history going back to its...
, who was living in Gibraltar as prize agent. He was sent to Eton
Eton College
Eton College, often referred to simply as Eton, is a British independent school for boys aged 13 to 18. It was founded in 1440 by King Henry VI as "The King's College of Our Lady of Eton besides Wyndsor"....
and Peterhouse, Cambridge
Peterhouse, Cambridge
Peterhouse is a constituent college of the University of Cambridge, England. It is the oldest college of the University, having been founded in 1284 by Hugo de Balsham, Bishop of Ely...
, where he took the degree of Law in 1784. He was called to the bar from Lincoln's Inn
Lincoln's Inn
The Honourable Society of Lincoln's Inn is one of four Inns of Court in London to which barristers of England and Wales belong and where they are called to the Bar. The other three are Middle Temple, Inner Temple and Gray's Inn. Although Lincoln's Inn is able to trace its official records beyond...
in the same year, but abandoned law and plunged into politics. 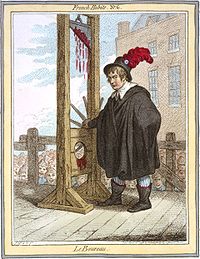 When Charles James Fox
Charles James Fox
Charles James Fox PC , styled The Honourable from 1762, was a prominent British Whig statesman whose parliamentary career spanned thirty-eight years of the late 18th and early 19th centuries and who was particularly noted for being the arch-rival of William Pitt the Younger...
seceded from the House of Commons
House of Commons of Great Britain
The House of Commons of Great Britain was the lower house of the Parliament of Great Britain between 1707 and 1801. In 1707, as a result of the Acts of Union of that year, it replaced the House of Commons of England and the third estate of the Parliament of Scotland, as one of the most significant...
, Tierney became a prominent opponent of William Pitt
William Pitt the Younger
William Pitt the Younger was a British politician of the late 18th and early 19th centuries. He became the youngest Prime Minister in 1783 at the age of 24 . He left office in 1801, but was Prime Minister again from 1804 until his death in 1806...
's policy. In May 1798, Pitt accused him of want of patriotism
Patriotism
Patriotism is a devotion to one's country, excluding differences caused by the dependencies of the term's meaning upon context, geography and philosophy...
. A duel
Duel
A duel is an arranged engagement in combat between two individuals, with matched weapons in accordance with agreed-upon rules.Duels in this form were chiefly practised in Early Modern Europe, with precedents in the medieval code of chivalry, and continued into the modern period especially among...
ensued at Putney Heath on Sunday, 27 May 1798; but neither combatant was injured.

In 1803, Tierney, partly because peace had been ratified with France
France
The French Republic , The French Republic , The French Republic , (commonly known as France , is a unitary semi-presidential republic in Western Europe with several overseas territories and islands located on other continents and in the Indian, Pacific, and Atlantic oceans. Metropolitan France...
and partly because Pitt was out of office, joined the ministry of Henry Addington as Treasurer of the Navy
Treasurer of the Navy
The Treasurer of the Navy was an office in the British government between the mid-16th and early 19th century. The office-holder was responsible for the financial maintenance of the Royal Navy. The office was a political appointment, and frequently was held by up-and-coming young politicians who...
, and was created a Privy Councillor; but this alienated many of his supporters among the middle classes, and offended most of the influential Whigs. On the death of Fox, he joined (1806) the Grenville
William Wyndham Grenville, 1st Baron Grenville
William Wyndham Grenville, 1st Baron Grenville PC, PC was a British Whig statesman. He served as Prime Minister of the United Kingdom from 1806 to 1807 as head of the Ministry of All the Talents.-Background :...
ministry as President of the Board of Control
President of the Board of Control
The President of the Board of Control was a British government official in the late 18th and early 19th century responsible for overseeing the British East India Company and generally serving as the chief official in London responsible for Indian affairs. The position was frequently a cabinet...
, with a seat in the cabinet, and thus brought himself once more into line with the Whigs.

About a year after the death of George Ponsonby
George Ponsonby
George Ponsonby PC , was a British lawyer and Whig politician. He served as Lord Chancellor of Ireland from 1806 to 1807 in the Ministry of All the Talents.-Background and education:...
in 1817, Tierney reluctantly became the recognised leader of the opposition in the House of Commons. At first he was successful, with Whig gains being made at the 1818 general election
United Kingdom general election, 1818
The 1818 general election of the United Kingdom saw the Whigs gain a few seats, but the Tories under the Earl of Liverpool retained a majority of around 90 seats...
. On 18 May 1819, Tierney moved a motion in the House of Commons for a committee on the state of the nation. This motion was defeated by 357 to 178, which was a division involving the largest number of MPs until the debates over the Reform bill in the early 1830s. Foord comments that "this defeat put an effective end to Tierney's leadership... Tierney did not disclaim the leadership till 23 Jan. 1821 ..., but he had ceased to exercise its functions since the great defeat".

In George Canning
George Canning
George Canning PC, FRS was a British statesman and politician who served as Foreign Secretary and briefly Prime Minister.-Early life: 1770–1793:...
's ministry, he was Master of the Mint
Master of the Mint
Master of the Mint was an important office in the governments of Scotland and England, and later Great Britain, between the 16th and 19th centuries. The Master was the highest officer in the Royal Mint. Until 1699, appointment was usually for life. Its holder occasionally sat in the cabinet...
, and when Lord Goderich succeeded to the lead Tierney was admitted to the cabinet; but he was already suffering from ill-health and died suddenly at Savile Row
Savile Row
Savile Row is a shopping street in Mayfair, central London, famous for its traditional men's bespoke tailoring. The term "bespoke" is understood to have originated in Savile Row when cloth for a suit was said to "be spoken for" by individual customers...
, London
London
London is the capital city of :England and the :United Kingdom, the largest metropolitan area in the United Kingdom, and the largest urban zone in the European Union by most measures. Located on the River Thames, London has been a major settlement for two millennia, its history going back to its...
.