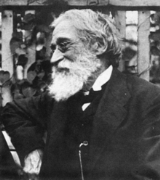 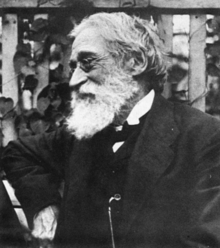 Franz Steindachner was an Austria
Austria
Austria , officially the Republic of Austria , is a landlocked country of roughly 8.4 million people in Central Europe. It is bordered by the Czech Republic and Germany to the north, Slovakia and Hungary to the east, Slovenia and Italy to the south, and Switzerland and Liechtenstein to the...
n zoologist
Zoology
Zoology |zoölogy]]), is the branch of biology that relates to the animal kingdom, including the structure, embryology, evolution, classification, habits, and distribution of all animals, both living and extinct...
.

Being interested in natural history
Natural history
Natural history is the scientific research of plants or animals, leaning more towards observational rather than experimental methods of study, and encompasses more research published in magazines than in academic journals. Grouped among the natural sciences, natural history is the systematic study...
, Steindachner took up the study of fossil
Fossil
Fossils are the preserved remains or traces of animals , plants, and other organisms from the remote past...
fish
Fish
Fish are a paraphyletic group of organisms that consist of all gill-bearing aquatic vertebrate animals that lack limbs with digits. Included in this definition are the living hagfish, lampreys, and cartilaginous and bony fish, as well as various extinct related groups...
es on the recommendation of his friend Eduard Suess
Eduard Suess
Eduard Suess was a geologist who was an expert on the geography of the Alps. He is responsible for hypothesising two major former geographical features, the supercontinent Gondwana and the Tethys Ocean.Born in London to a Jewish Saxon merchant, when he was three his family relocated toPrague,...
. In 1860 he was appointed to the position of director of the fish collection at the Naturhistorisches Museum
Naturhistorisches Museum
The Naturhistorisches Museum Wien or NHMW is a large museum located in Vienna, Austria.The collections displayed cover , and the museum has a website providing an overview as a video virtual tour....
, a position which had remained vacant since the death of Johann Jakob Heckel
Johann Jakob Heckel
Johann Jakob Heckel was an Austrian taxidermist, zoologist, and ichthyologist from Mannheim.Though not a formally trained zoologist he worked his way up through the ranks to eventually become the director of the Fish Collection at the Naturhistorisches Museum in Vienna...
. Steindachner's reputation as an ichthyologist
Ichthyology
Ichthyology is the branch of zoology devoted to the study of fish. This includes skeletal fish , cartilaginous fish , and jawless fish...
grew, and in 1868 he was invited by Louis Agassiz
Louis Agassiz
Jean Louis Rodolphe Agassiz was a Swiss paleontologist, glaciologist, geologist and a prominent innovator in the study of the Earth's natural history. He grew up in Switzerland and became a professor of natural history at University of Neuchâtel...
to accept a position at the Museum of Comparative Zoology at Harvard University
Harvard University
Harvard University is a private Ivy League university located in Cambridge, Massachusetts, United States, established in 1636 by the Massachusetts legislature. Harvard is the oldest institution of higher learning in the United States and the first corporation chartered in the country...
. Steindachner took part in the Hassler
Hassler (vessel)
The Hassler was the early steamship used in the service of the United States Coast Survey. In 1871-72 the ship sailed on the Hassler Expedition, under Commander Philip Carrigan Johnson, brother of Eastman Johnson. This was the first important scientific expedition sent by the government for...
Expedition of 1871–1872. In 1874 he returned to Vienna and in 1887 was appointed director of the Zoological Department of the Naturhistorisches Museum. In 1898 he was promoted to director of the museum.