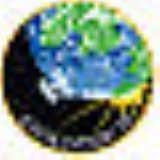 Soyuz TMA-15 launched from Baikonur Cosmodrome
Baikonur Cosmodrome
The Baikonur Cosmodrome , also called Tyuratam, is the world's first and largest operational space launch facility. It is located in the desert steppe of Kazakhstan, about east of the Aral Sea, north of the Syr Darya river, near Tyuratam railway station, at 90 meters above sea level...
at 10:34 UTC on 27 May 2009. The vehicle docked with the station on 29 May 2009, officially changing the Soyuz TMA-14 crew from Expedition 19
Expedition 19
Expedition 19 was the 19th long-duration flight to the International Space Station. This expedition launched on 26 March 2009, at 11:49 UTC aboard the Soyuz TMA-14 spacecraft. Expedition 19 was the final three crew member expedition, before the crew size increased to six crew members with...
to Expedition 20.

Gennady Padalka
Gennady Padalka
Gennady Ivanovich Padalka is a Russian Air Force officer and an RSA cosmonaut. As of June 2010, Gennady ranks sixth for career time in space due to his time on both Mir and the International Space Station....
was the first commander of a six-member station crew, and the first commander of two consecutive expeditions (Expedition 19 and 20). Nicole Stott was the final expedition astronaut to be launched on the shuttle.

During the expedition, Koichi Wakata performed a special experiment wherein he did not change his underpants for one month, in order to test a specially-designed underwear without washing or changing; he reportedly did not develop body odor due to the effects of the special garment.

The station would not be permanently occupied by six crew members all year. For example, when the Expedition 20 crew (Roman Romanenko
Roman Romanenko
Roman Yurievich Romanenko is a cosmonaut at the Yu.A. Gagarin Cosmonaut Training Center.-Personal life:His parents, Yuri Victorovich Romanenko and Aleftina Ivanovna Romanenko, live in Star City. He is married to Yulia Leonidovna Romanenko . They have one son...
, Frank De Winne
Frank De Winne
Frank, Viscount De Winne is a Belgian Air Component officer and an ESA astronaut. He is Belgium's second person in space . He was the first ESA astronaut to command a space mission when he served as commander of ISS Expedition 21.-Education:De Winne graduated in 1979 from the Royal School of Cadets...
and Bob Thirsk
Robert Thirsk
Robert Brent "Bob" Thirsk is a Canadian engineer and physician, and a former Canadian Space Agency astronaut. He holds the Canadian records for the longest space flight and the most time spent in space .-Personal life:Thirsk is from New Westminster, British Columbia and is married to Brenda...
) returned to Earth in November 2009, for a period of about two weeks only two crew members (Jeff Williams and Max Surayev
Maksim Surayev
Maksim Viktorovich Surayev is a Russian cosmonaut.-Personal:Surayev was born in Chelyabinsk. During his childhood, Suraev lived in several places due to his father's military commitments. First he moved from his birthplace, Chelyabinsk in the Urals, to Siberia. When his father entered the military...
) were aboard. This increased to five in early December, when Oleg Kotov
Oleg Kotov
Oleg Valeriyevich Kotov was born October 27, 1965, in Simferopol, Crimean oblast in Ukrainian SSR. After a career as a military pilot, he joined the Russian cosmonaut corps. He has flown two long duration spaceflight on the International Space Station logging just short of a year in space...
, Timothy Creamer
Timothy Creamer
Timothy "TJ" Creamer is a NASA astronaut and a Colonel in the United States Army. Creamer was born in Fort Huachuca, Arizona, but considers Upper Marlboro, Maryland, to be his hometown. He is married to the former Margaret E. Hammer. They have two children.- Education :Bishop McNamara High School,...
and Soichi Noguchi
Soichi Noguchi
is a Japanese aeronautical engineer and a JAXA astronaut. His first spaceflight was as a Mission Specialist aboard STS-114 on 26 July 2005 for NASA's first "return to flight" Space Shuttle mission after the Columbia disaster. He was most recently in space as part of the Soyuz TMA-17 crew and...
arrived on Soyuz TMA-17
Soyuz TMA-17
Soyuz TMA-17 was a human spaceflight mission to the International Space Station . TMA-17 crew members participated in ISS Expedition 22 and Expedition 23...
. It decreased to three when Williams and Surayev departed in March 2010, and finally returned to six in April 2010 with the arrival of Soyuz TMA-18
Soyuz TMA-18
Soyuz TMA-18 was a 2010 Soyuz flight to the International Space Station. TMA-18 was the 105th manned flight of a Soyuz spacecraft since the first manned flight in 1967.- Crew :- Backup crew :- Launch :...
, carrying Aleksandr Skvortsov
Aleksandr Skvortsov (cosmonaut)
Aleksandr Aleksandrovich Skvortsov is a Russian cosmonaut. He has had one spaceflight, which was a long-duration stay aboard the International Space Station. His spaceflight took place from April to September 2010, and was launched with the spacecraft Soyuz TMA-18. He arrived at the station part...
, Mikhail Korniyenko
Mikhail Korniyenko
Mikhail Borisovich Korniyenko is a Russian cosmonaut.-Personal:...
and Tracy Caldwell Dyson
Tracy Caldwell Dyson
Tracy Caldwell Dyson, PhD is an American chemist and NASA astronaut. Caldwell Dyson was a Mission Specialist on Space Shuttle Endeavour flight STS-118 in August 2007. She was part of the Expedition 24 crew on the International Space Station between April 4, 2010 and September 25, 2010...
.

On 3 July 2009 expedition members undocked the Soyuz TMA-14 craft from the aft port of the Zvezda service module and piloted it over to the Pirs docking compartment. This was done to clear the way for the arrival of a Progress supply craft.