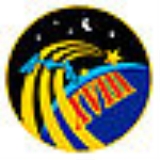 The expedition was commanded by Russian Air Force Colonel Gennady Padalka
Gennady Padalka
Gennady Ivanovich Padalka is a Russian Air Force officer and an RSA cosmonaut. As of June 2010, Gennady ranks sixth for career time in space due to his time on both Mir and the International Space Station....
. On 31 March 2009, Padalka raised an issue concerning shared use of facilities such as exercise equipment and toilet facilities. Padalka claims that initial approval to use exercise equipment owned by the U.S. government was subsequently turned down. Russian and American members of the crew have now been informed to use only their own toilets and not to share rations. The result was a general lowering of morale on the station.